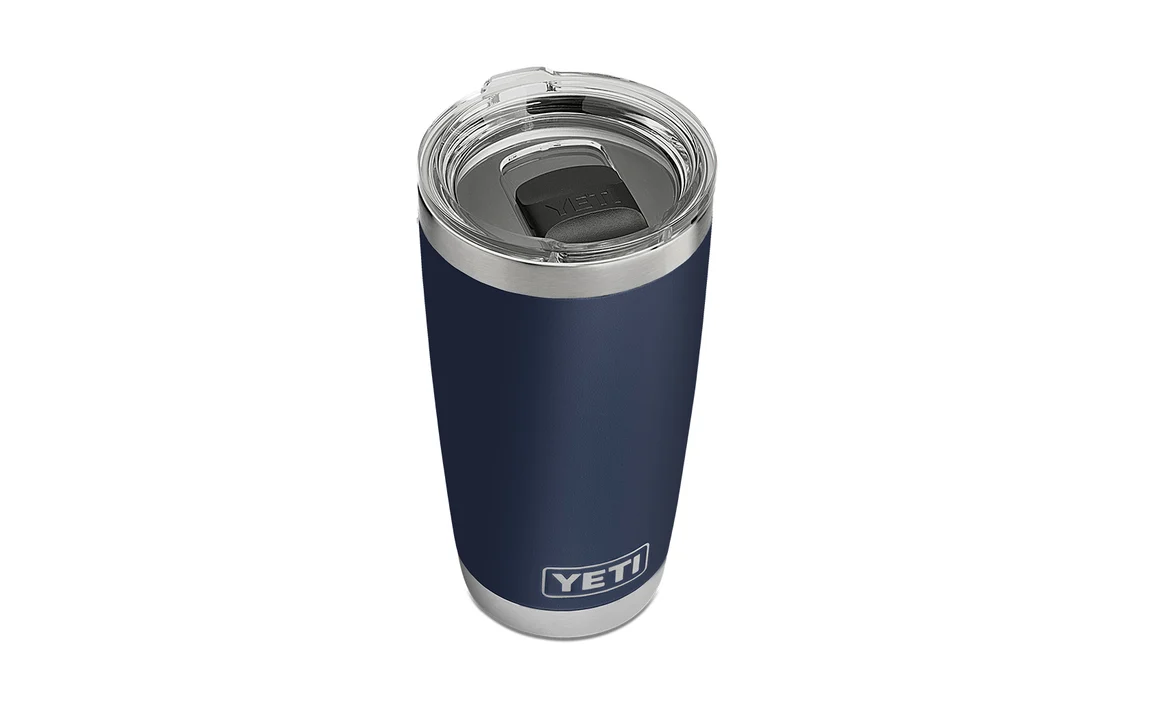 While I have high regards of the Yeti company and its commitment towards using recycled stainless steel is admirable, I cannot fully recommend this product due to its inclusion of the Tritan material in the making of their lids. This is a material that has been shown to have dangerous health effects, and I believe it is only a matter of time until there is public outcry regarding its use. Despite this issue, Yeti seems to be concerned with sustainability in other areas and that is commendable. I found their commitment to using recycled steel and decision to use sustainable building materials to be a major step in the right direction. If you’re going to buy a Yeti, make sure to avoid the lid.

The famous Yeti Tumbler is composed primarily of two materials; those being stainless steel for the body, and a polymer known as Tritan for the lid. While stainless steel alone is not a concerning ingredient, Tritan certainly is. Tritan is used in the making of the plastic lid that tops every Yeti, and recent research has raised concerns regarding the levels of synthetic estrogens in this material. Synthetic Estrogens are known to cause issues such as reproductive disorders, breast and prostate cancer, and heart disease. For those that remember the large outcry regarding BPA plastics years ago, this was the same concern that led to the eventual phasing out of products that used that material. While Tritan is indeed BPA free, that does not mean it is fully free of synthetic estrogen. According to a test conducted by a member of Plastifree, it was “found that one of the ingredients in Tritan is more estrogenic than BPA”. While the makers of Tritan have vigorously denied these claims, much of the evidence that they have used to refute them is dubious at best.

This product is entirely manufactured in China. The cost to the environment brought about through the transportation from this source as well as the lack of conservationist laws in this country is high. It is likely that Yeti chooses to manufacture their products here entirely because it is very cost effective. That being said, sources I have found indicate that Yeti uses primarily recycled materials in its development process. This was a welcome development, and not one that I was expecting. While I was able to find evidence of Yeti’s commitment to using recycled materials, I could not find any such pledge towards creating a more sustainable manufacturing process. To me, it appears that while Yeti has made the wise decision of using recycled materials in their production of stainless steel, there are more changes that they could implement in order to make their manufacturing have greater sustainability.

Even though I have found flaws in some aspects of Yeti’s manufacturing materials and process, everything that I have found on the company itself has appeared to be genuinely positive. First and foremost, it appears that they approached the building of their new headquarters in Austin, Texas with sustainability in mind. One of the leaders of the product was quoted as saying “I chose Kebony wood for the project because I was looking for a rugged exterior deck material that was an alternative to ipe wood, which we’re trying to get away from for environmental reasons”. I found this decision to be particularly impressive, as it was one that seems to be made completely free of consumer pressure. It’s rare to find companies making decisions like this that seem to be independent of any financial motive.