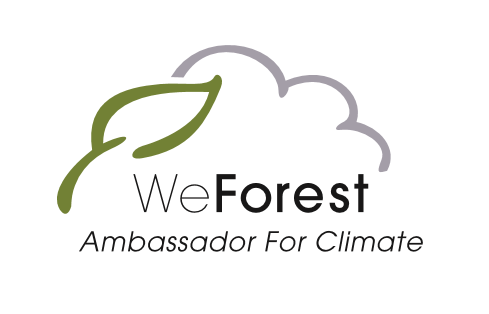 WeForest’s main goal is to “make the earth cooler”, so mitigating the effects of global warming is clearly a priority. The charity aims to do this through growing trees and restoring degraded forests. This work pushes us closer to achieving multiple sustainable development goals (SDGs) by increasing tree density, restoring degraded landscapes, and supporting local communities. The specific SDGs WeForest contributes towards are no poverty, gender equality, clean water and sanitation, decent work and economic growth, climate action, life on land, and partnership for the goals. The partnership goal (SDG 17) is central to the charity as they closely collaborate with corporations and research institutes, so that their work is based on cutting-edge science, improving their results.

Of course, it is important to note that tree planting is not the only solution, although WeForest haven’t made that explicitly clear, and some large-scale tree planting schemes can actually be problematic. For example, China’s Grain-for-Green programme led to less cropland and native biodiversity. WeForest’s use of science minimises many of the issues large-scale reforestation programmes can face such as losing biodiversity or locals missing out as investors take over. Holl and Brancalion (2020) warn about the dangers of promoting tree planting as a “simple, silver bullet solution” to climate change as it “overshadows other actions that have greater potential for addressing the drivers of specific environmental problems”. It is important to recognise that planting trees needs to go alongside reducing our carbon emissions and if we continue to increase the atmospheric carbon concentration, trees will not be a long-term, viable solution due to increased tree mortality from increased intensity of wildfires and droughts. The work that WeForest does is extremely important and effective, however I am unsure that they are doing enough to make it clear that individuals and corporations supporting them need to go further for lasting, sustainable change.

There are currently 47,835,940 trees growing and 39,535 hectares under restoration thanks to WeForest. The trees are planted to help restore ecosystem functioning and improve the livelihoods of the locals, which are extremely important in ensuring forest longevity. WeForest emphasise that they are not just planting the trees but helping them grow so that the benefits can be yielded. This is done by limiting the number of trees being cut down and maximising their survival rate through evaluating risks, empowering communities, and planting fast growing trees for locals’ immediate use to alleviate deforestation pressures from the forest. Their goal is to restore or conserve over 100 million trees by 2025, which the charity seems to be on track for, reaching their goal of restoring 25,000 hectares 2 years early. The price for each tree is comparable to other schemes with costs varying across WeForest projects but generally being €0.65-€3.

The tree planting projects are focused in the tropics for various reasons: this has the largest carbon sink potential and can produce the largest amount of cooling; most biodiversity hotspots are concentrated here with many species relying on the forests; and people living in the tropics are more dependent on the forests for an income, food security, and resources than in other regions around the world.

Corporations can partner with WeForest and offset their carbon emissions. This can be done by funding a certified forest carbon project where trees will grow for the next 20-30 years so future carbon emissions can be offset. Alternatively, carbon credits can be bought for immediate offset by essentially funding trees which are already present, however this does not seem like an additional benefit from the corporation and may lead to greenwashing.

WeForest have three main restoration methods. The first is forest framework planting where high densities of diverse trees are planted in order to restore landscapes or create ecological corridors to assist animal migration. The second is agroforestry, where trees are planted amongst cropland which stabilizes and improves the quality of the soil and can increase crop diversity, providing farmers with a stable income. Finally, WeForest use assisted natural regeneration where areas which are naturally recovering are helped and restoration is accelerated through protecting the area and removing any hinderances, such as weeds or grazing animals. The method chosen is based on local factors so the projects are very specific. Regardless of which restoration method is chosen, WeForest say that they abide by restoration principles which include projects having to diversify income streams, improve ecosystem services, empower women etc. After reading through some of the many projects currently taking place it appears that these restoration principles are being followed. What makes the projects effective and sustainable is the collaboration with the local communities, local organisations, and other NGOs. This means that the communities become self-sufficient and their environment can be sustainably managed in the long-term as the locals are trained and given various income routes.

Science appears to lead the techniques being used in the restoration projects as lots of collaborative work is being done with research institutes, which improves the landscape restoration practices and shares information by releasing publications. This focus on science and data is demonstrated through their stringent monitoring, which is constantly being improved, with drones currently being used to map the restored sites. Both environmental (tree density, species diversity, survival rate etc.) and socioeconomic (jobs created, additional income generated etc.) indicators are measured to see how beneficial the projects are. However, I could not find whether opportunity costs (i.e. how much money the locals could have made from activities that did not restore the landscape e.g. logging) were taken into account when analyzing these indicators. Overall, it seems that the methods used are extremely beneficial as demonstrated by Tamba et al (2021) who evaluated the Afromontane forest project in Ethiopia by simulating potential returns on investments and accounting for uncertainties. By running 10,000 iterations over a 25-year period the study found that the methods used (assisted natural regeneration, enrichment planting, exclosure establishment and soil-water conservation structures) all have a more than 77% chance of positive returns.

WeForest is very transparent with all their projects regarding the species being planted, the goals, the partners, the techniques being used etc. From my research it appears that most of the projects are taking place in degraded forests rather than converting other ecosystems, such as grasslands, into forests which can be detrimental by altering the biodiversity and ecosystem services. The charity itself seems to genuinely care about the communities, as seen in 2020 as war broke out in Tigray, Ethiopia. WeForest branched out from just growing trees to fundraising to provide food security and ensuring harvest for the 23,000 smallholder farmers in the region.

The company itself prides itself in its diversity with 43% employees being women in 2020. However, I would argue that they could go further. Firstly, the number of women employees should be 50%. Secondly, the board of directors should be diversified to include more representatives from countries in the tropics, since this is where most work is being done.

In my opinion, one major problem with WeForest is their complicity with greenwashing. The corporations that choose to plant trees via WeForest whilst not reducing their emissions are the main problem, however I think WeForest can be doing a lot more to try and solve this issue. WeForest encourages corporations to plant trees in order to engage consumers and to become more sustainable, however they are aware that planting trees is not enough. Despite this, the fact that corporations must also reduce waste, limit greenhouse gas emissions etc. are not mentioned in the corporate brochure. Regarding their offsetting projects, WeForest states that “the best carbon is the carbon that is never emitted. We encourage every company to reduce and avoid emissions before choosing the compensation route,” however I did not find any clear steps being taken by WeForest to encourage companies to reduce or avoid emissions. When delving into their partners, which include Ecosia, Nike, DHL etc., I found more evidence of WeForest making it easy for companies to greenwash. Shell is a major partner of WeForest, having funded just under 5 million trees since joining in 2019 and being one of the 30 partners which together contributed towards 90% funds in 2020. Shell aims to be a net zero company by 2050 and WeForest and Shell both state that this partnership will help Shell reach its goals. However, Shell is not a sustainable company due to being an oil and gas company which results in the anthropogenic emissions and in multiple oil spills, devastating marine and coastal biodiversity. Shell’s negative environmental impact has led to multiple law suits, the most recent Dutch court ruling forcing Shell to cut their emissions by 45% by 2030 since their own climate action plans are not credible, impactful or genuine. Shell have been accused on greenwashing on many occasions, from their social media activity to their climate plans being dwarfed by their investments in furthering the oil and gas industry. But is this necessarily WeForest’s problem if their work is effective and good, and companies such as Shell are funding such beneficial schemes? Surely it’s better than Shell are doing this as opposed to nothing? In my opinion, I think WeForest should be doing more to hold corporations accountable for greenwashing through their projects as greenwashing is extremely damaging by misinforming consumers and allowing environmentally detrimental activity to continue without scrutiny. I do not have a solution, since funding is vital for the charity and there are legal constraints on what can be done, however I think a good starting point would be for the charity to educate more about important actions outside of tree planting, and maybe altering the cost proportionally to the emissions given off by the corporation, to encourage a reduction alongside offsetting, and maybe to promote their more sustainable partners further. Alternatively, WeForest could simply refuse to partner with such unsustainable companies as the money comes directly from degrading the environment, however it may be challenging to draw a line at which companies will be refused.