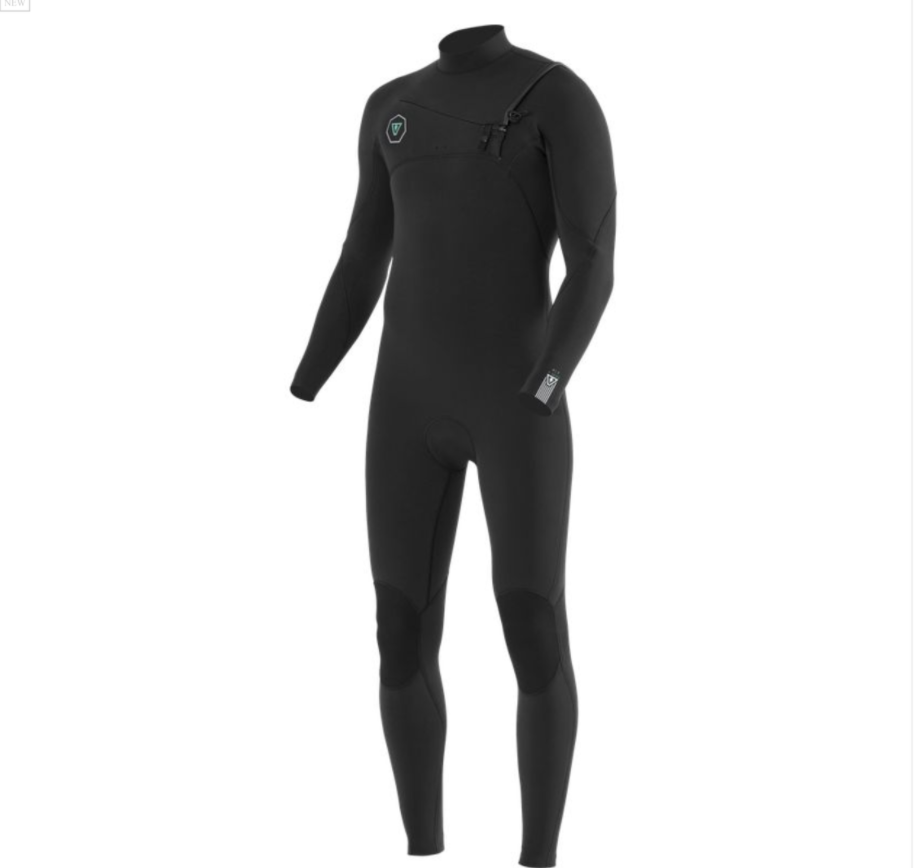 Wetsuits are necessary for the cold winter months or year long in the northern regions of California and the U.S. Every surfer owns at least one so don't you think they should be sustainable? Well, they are not. This Vissla wetsuit and wetsuits in general are based on extractive practices such as pumping petroleum or mining limestone to make neoprene. Companies are claiming that making neoprene out of limestone is more sustainable but the evidence really isn't there. What I would like to see is companies looking toward sustainably harvested rubber for an alternative material. Companies like Patagonia have already begun the transition and I hope the big surf brands, such as Vissla, follow.

Wetsuits traditionally have been made out of polychloroprene rubber chips commonly called neoprene. These chips have traditionally been made from material derived from petroleum. Recently in the name of sustainability, many wetsuit manufacturers have begun producing these polychloroprene chips using limestone. Because this process is relatively new, the environmental impacts of Geoprene (limestone based neoprene) have not been fully compared to conventional neoprene. Reducing dependence on oil in any way is always a win but with limestone also being a nonrenewable resource, many questions about the sustainability of this material are still being questioned. Another main ingredient in the wetsuit that is used to strengthen and increase the volume of the neoprene is carbon black. Vissla sources their carbon black from scrap rubber tires and claims this “significantly reduces energy consumption and cuts CO2 emissions by 200g a wetsuit.” For context, an average car releases around 200g of CO2 driving only a half mile. Although using recycled materials is a commendable action, highlighting an extremely small decrease in emissions as a main point on the sustainability section of the website seems very greenwashing-esque.

As I mentioned in the section before, the neoprene that Vissla uses in their wetsuits is made out of polychloroprene synthesized from limestone. The process begins with the raw limestone mined in Japan. The limestone (CaCO3) is placed in a furnace with temperatures ranging from 900C to 1000C to produce lime (CaO). The lime is reacted with carbon in another furnace at 2000C to produce Acetylene (CaC2). Heating these furnaces to such high temperatures uses enormous amounts of fuel and can include a large carbon footprint. The Acetylene is then reacted with chlorine and water to produce polychloroprene and from there, neoprene. The neoprene is produced in sheets and cut into 2 and 3 millimeter thick sheets to produce the body and arms/legs of the wetsuit. Any scraps from this process are recycled and used in the production of a different sheet of neoprene. Water based adhesives are used to connect the pieces along with stitching and lining made from polyester recycled from plastic bottles. These wetsuits are produced in a factory in Taiwan that is equipped with rooftop solar.

The 7 Seas wetsuit is sold by Vissla but it is actually produced by a company called Sheico. This company supplies wetsuits for the majority of large wetsuit retailers such as Quicksilver, Billabong, Patagonia, and many other large brands. Producing around 60% of the market share of wetsuits, Sheico has produced upwards of four and a half million wetsuits in the last three decades. Sheico has been actively researching and implementing greener wetsuit technology and as a company, are bluesign certified. This certification means that Sheico textiles are produced in a safe working environment and that the company is actively taking steps to become more sustainable. They have also received Worldwide Responsible Accredited Production Certification that is based on 12 principles including environmentalism, collective bargaining rights, and prohibition of discrimination to name a few. Sheico also has a foundation that has donated over a million USD to underprivileged to the community. One interesting thing that I found out about this foundation was that it was created by a 30 million dollar donation from Pi-Goong Shiue the chairman of Sheico. To me this speaks well toward the character and culture of this company. As for Vissla, the company that actually sells this wetsuit, they seem to be doing a fair amount in the realm of environmental activism, working with the Surfrider Foundation and Surfers Against Sewage to raise awareness about beach pollution and participate in cleanups. Out of their 7 sustainability initiatives, 2 of the links do not work which I found very troublesome.