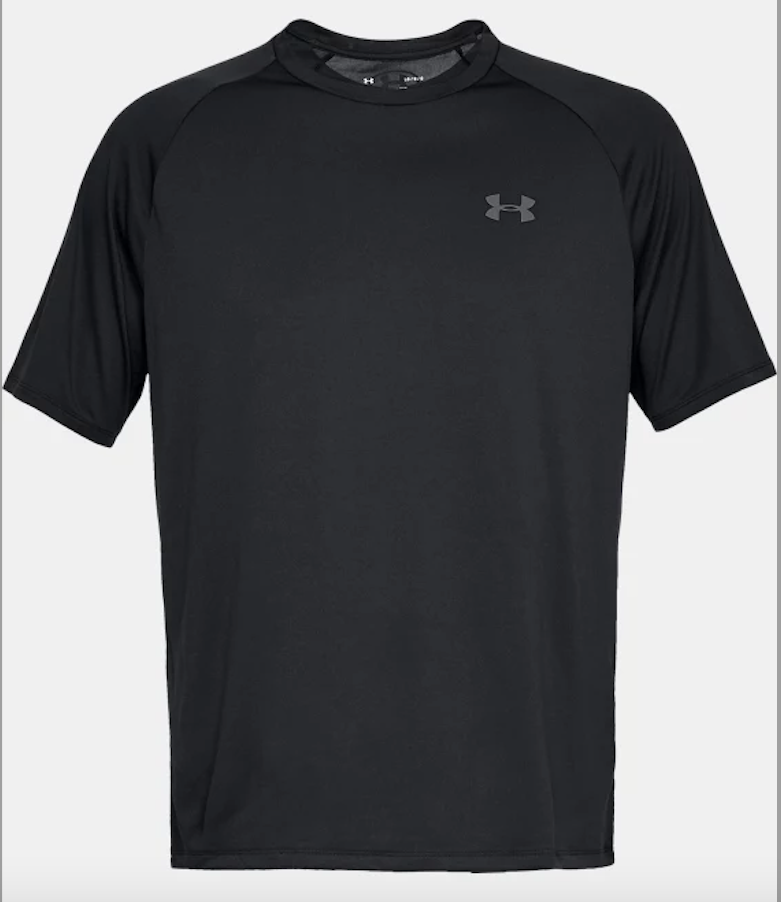 As an avid athlete like myself, I know the importance of wearing the right clothing for whatever activity comes my way. However, by being the picky person that I am, there are only a few materials that I find comfortable enough to exercise in. With that said, the one that passed the test was Under Armour’s Men’s Tech 2.0 Short Sleeve T-shirt. Made out of 100% polyester, this light weight material feels like a cloud, not to mention you don’t have to worry about it shrinking after the first wash. But as I became aware of the issues related to environmental sustainability, I began to question the company’s impact on the planet. After researching the company further, I came across some distressing signs. Sadly, their polyester is made up of fossil fuels, which release carbon dioxide into the atmosphere, ultimately contributing towards climate change. They also don’t disclose of any information on the whereabouts of their materials, nor do they offer a clear-eyed approach on how they plan to become sustainable. For these reasons, I believe Under Armour deserves a sustainability rating of 0.25 planets.

Under Armour’s Men’s Tech 2.0 Short Sleeve T-shirt is made up of 100% polyester. Polyester has become a fan favorite in the apparel industry because of its comfort and durability. However, the downside of polyester is the fact that it is made up of tiny plastic PET pellets derived from fossil fuels. This means that the material will not readily biodegrade in the environment and a massive amount of CO2 will be emitted as a result of its production. According to UA’s Product Design and Material’s Innovation report, over 80% of their fiber comes from virgin and recycled polyester. Unfortunately, the virgin polyester accounts for more than 85% of that total, as the company set forth a pathetic goal of using at least 15% of recycled content by 2020. To add to the environmental degradation, dyes are also used to give the shirts color. Like polyester, dyes are composed of complex synthetic material that often contaminate the environment as a result of wastewater being released from the factories. Lastly, it’s unknown where UA get’s their polyester from. Supposedly, 50-55% of their fabric comes from China, Malaysia, Mexico, Taiwan, and Vietnam but there is no way to confirm how much of that consists of polyester and it’s origin’s. Given this information, it’s evident that UA suffer’s from a lack of transparency in the supply chain and an overall concern for the environment, leaving me to believe that there is something they don’t want us to see.

Polyester is made by heating up petroleum ethylene glycol with dimethyl terephthalate to create a monomer. This process is then repeated over and over again until it forms a polymer. The polymer is then sent through an extrusion machine, where it gets separated into thin strips and cooled down into small fragments. From there, the pieces get re-melted and forced through a spinneret, which produces the fibrous material. All that to say, it is an extremely energy intensive process and with the majority of the world’s polyester being produced in China, it’s safe to assume that the energy was supplied by carbon emitting fossil fuels. While the polyester is most likely manufactured in China, it is unlikely that the shirt is assembled in the same country. I say this, because I own a very similar style of this shirt and on the tag it says made in Jordan. Therefore, the polyester probably had to travel far away from where it was produced, requiring even more fossil fuels along the way. This then brings us to the factories, which are typically located in developing countries because of cheaper costs. Here, labor laws are often not well enforced and the workers get taken advantage of due to their lack of power. According to the latest Fashion Transparency Index, UA received an overall score of 21-30% because of their lack of information on forced labour, gender equality, and freedom of association. There was also no evidence of them providing living wages in the supply chain or any policies to protect workers from the impacts of Covid-19. As we’ve seen in this section and the one before, transparency remains one of UA’s biggest issues, making it hard for any environmentally conscious consumer to purchase one of their products.

Under Armour was created in 1996 by billionaire Kevin Plank with aspirations of competing against Nike in the athletic apparel industry. Having signed athletes such as Tom Brady and Stephen Curry, they’ve easily become one of the most sought after brands for all things athletic. Yet, as dominant as they’ve become, their progress in sustainability has been lackluster thus far. While their website does dedicate an entire page on sustainability, I’ll be the first to admit that it wasn’t the easiest to come across. And after searching through their sections on Labor, Health, Environment, and Transparency, I was pretty disappointed with what I saw. In my eyes, it seemed like they were greenwashing and only marketing the idea of sustainability instead of acting on it. For instance, under the Environment section, they listed their target goals of reducing GHG emissions and increasing the use of clean energy, but they didn’t mention how they planned on doing it. Also, under their manufacturing page, they proudly announced their collaboration with the Sustainable Apparel Coalition, yet I could not find any evidence of where their supplies came from or how they’re made. In the end, Under Armour clearly has issues with supply chain transparency and needs to be more upfront with how they expect to enact change towards a sustainable future.