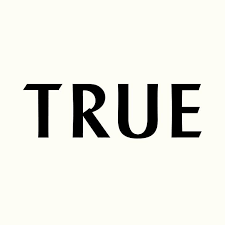 True & Co provides comfortable lingerie in an inclusive manner, but fails to fully consider their environmental impact. While Phillips Van Heusen (PVH) companies have largely adopted a myriad of sustainability goals and practices, True & Co’s largely online format relies heavily on shipping which is often problematic. Many of the products are also made of synthetic and non biodegradable material. True & Co is a company that prides itself on the comfort and satisfaction of their female customers, but more value must be placed on sustainability in order to ensure the longevity of the company.

True & Co’s products are primarily made from nylon and elastane, two infamously unsustainable materials. True & Co’s most used materials are problematic for a variety of reasons. Nylon contributes to aquatic pollution through the release of non biodegradable microplastics. Elastane is derived from the extraction of fossil fuels, making it harmful to the environment and a contributor towards global warming. These  synthetic materials allow for the company’s “softest microfiber” which creates lightweight and soft lingerie that cannot  be seen under clothing. While the company has begun to introduce organic cotton into their products, their use of eco-friendly materials is desperately lacking. With such unsustainable materials at the forefront of their products, a huge change in product engineering would be necessary to steer True & Co on a more sustainable path.

True & Co’s recent partnership with Amazon has contributed to rapid increases in emissions related to shipping, since their product is primarily bought online. When it comes to manufacturing its products, True & Co takes no steps to reduce textile waste, and information regarding their factories is hard to come by. When Phillips Van Heusen bought True & Co in 2017, it became subject to many new environmental regulations and goals such as decreasing supply chain emissions by 30%. However, other goals for PVH brands such as offices, warehouses, and stores being 100% renewable by 2030 relate less to True & Co since their business format is primarily online. Perhaps PVH should take a more proactive approach by assigning each of their companies goals that offset their particular practices.   PVH has also joined a global coalition of corporations that have aligned their environmental goals with the Paris Agreement’s aim to limit warming to 1.5 degrees celsius and to achieve net zero by 2050. While their net zero goals are still far out of reach, their 2030 goal for renewable office infrastructure does seem achievable. PVH does include an extensive overview of their human rights and labor policies, ensuring their workers are paid at least minimum wage and emphasizing the importance of health and safety.

True & Co may still be lacking in environmental consciousness, but their social outreach has been successful. This company promotes all body types and races in their marketing and provides lingerie in a variety of different skin tones. True & Co works closely with the I Stand With Girls foundation which provides bras and underwear to women in need, as well as Keep a Breast to support breast cancer awareness. They have also donated to the ACLU and NAACP recently in their efforts to promote “justice for all.” While the final stage of production has been approved by the FLA Workplace Code of Conduct, the conditions of much of their supply chain remains unknown.