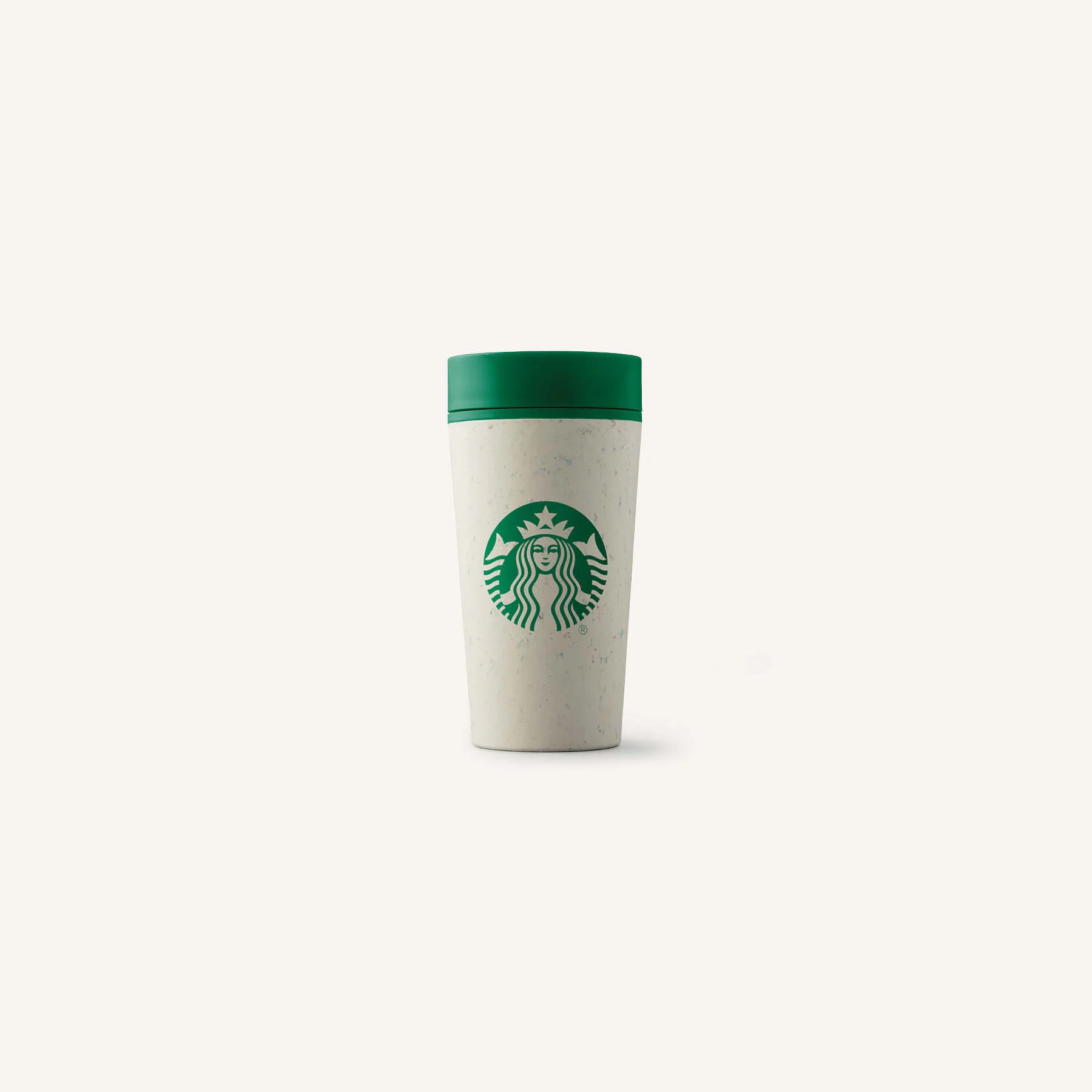 2.5 billion coffee cups are thrown away each year in the UK with less than 0.25% of these being recycled. The majority of these cups will end up in landfills and take more than a million years to decompose. In August 2020, Starbucks launched the Circular Cup in the UK which is a reusable cup made of approximately six single-use paper cups. Since then, it has expanded production to around 75,000 cups which will be sold in stores in Europe, Africa, and the Middle East (EAME). Given the extent of Starbucks’ US market, it would ideal if the US market would follow this lead and adopt the product.

I have given the Circular cup 2.25/3 planets as they provide a really exciting sustainable alternative to single-use cups with the use of recycled materials, localised production, and impressive environmental goals. I believe that the main weaknesses of the product are that it contains a type of plastic that cannot be recycled and its high price may act as a barrier to purchasing and use of the product.

Traditional single-use coffee cups are made of a paper and plastic lining in an attempt to be heat and waterproof. Around 4 billion trees are used in the paper industry annually and these often come from the world’s most vulnerable forests such as the Amazon. This circular cup is made of six single-use plastic cups and the scheme has up-cycled around 450,000 cups since its inception in 2020. Furthermore, the plastic lid of the cup is also made of ice cream tubs from Cornwall. The company has reconceptualized waste as a resource and this recycling helps to create a circular economy.

The Starbucks website claims that the cup is made of 100% recyclable materials. However, recycling polypropylene is not profitable unless it is done on a large scale and so recycling for this product is only available in certain regions of the UK. This means that a number of these cups may still inadvertently end up in landfills at the end of their life cycle.

Starbucks collects the waste paper coffee cups from all UK stores which are then transported to Wales to be industrially cleaned and shredded. They are then turned into reusable cups by blending them with plastic to form a sturdy outer layer. Next, they’re sent to Cornwall to create the finished product using moulds. Starbucks has been very transparent about this process and has even provided a video of how the cup is made. I think this is such an important step to help the consumer understand what they are buying and that’s why I have given the product such a high ranking.

To produce the circular cup, Starbucks has collaborated with Circular&Co, which is a Cornish company founded by Dan Dicker, a former designer at Dyson. This company seeks to shift the global economy from a throwaway culture to a circular one. While production of the cup initially took place in China, it has since shifted to St Austell in Cornwall in order to reduce the carbon footprint used for transport. I am really impressed with the decision to shift production from abroad to the UK as while this may have been a more expensive decision, it is clearly more environmentally friendly. It also suggests that the company is prioritising sustainability over profits. To reduce transport emissions further, Circular&Co should look to centralise production in one location in the UK rather than two.

One weakness with the circular cup is its relatively high cost of £11.95 which may make sustainability inaccessible for certain people. However, by using a reusable cup, the company offers 25p off per drink which may encourage people to invest in the long term. Furthermore, in 2021, Starbucks introduced a cup-share scheme in which customers may pay a small deposit of £3.50 for a reusable cup; customers can use the cup up to 30 times before returning it to a Starbucks where they will be given their original deposit back.

Starbucks has set strict sustainability goals for 2030, including becoming resource positive in terms of carbon and freshwater as well as reducing waste by 50%. This is fundamental as the company’s annual greenhouse gas emissions equates to nearly 14 coal-fired power plants, which is similar to that of Microsoft. Starbucks has historically achieved using 100% of its energy from renewable sources in over 9,000 stores in the US and EAME since 2015. In 2008, Starbucks committed to serving 25% of its drinks in reusable cups by 2015. However, even by 2018, only 1.3% of drinks were served in reusable cups despite efforts to switch. While this commitment appears to be a really positive step, it is yet to be seen whether the company will actually achieve or get close to reaching such ambitious goals.

Circular&Co clearly states their commitment to reusability and circularity, which is refreshing to see. The production of the circular cup has also created 11 high skilled jobs in St Austell Cornwall which will provide local economic benefits. I am overall really encouraged by the ethos of personal accountability for consumers and the use of technology to create long-lasting solutions pushed by the company Circular&Co.