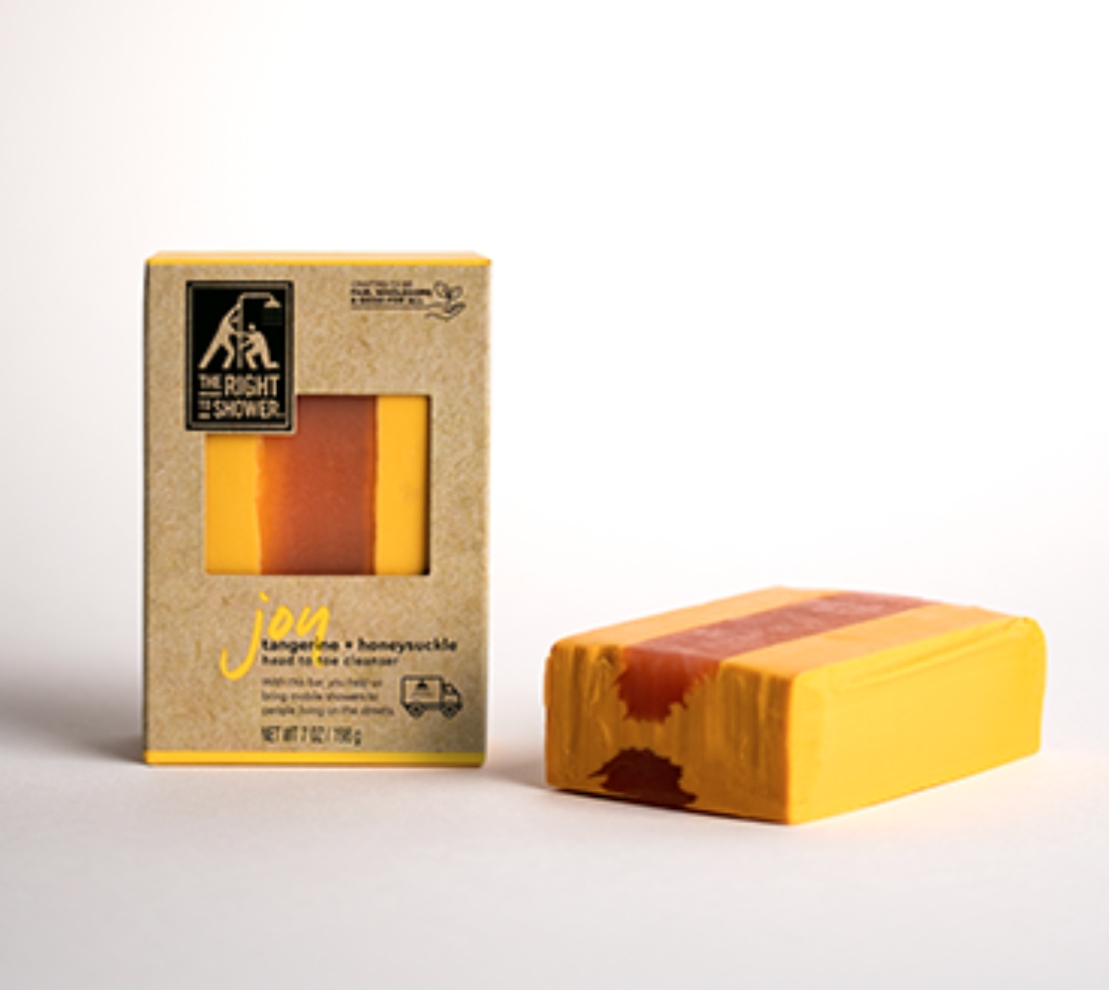 The right to Shower Bar Soap

The Right to Shower, a brand recently launched by Unilever, is bringing attention to the issue of lack of access to cleanliness by launching a line of basic bath products, and donating 100 percent of its profits in 2019 to mobile shower initiatives. In their mission statement on their website, they state, “Cleanliness should be made accessible to those living on the streets because one shower can contribute to improving the health & well-being in their community”. All of the ingredients they use to create their soaps are sourced responsibly and are formulated without any harsh chemicals. For every product purchased, consumers help to fund charities supported by the company, as well as help fund portable showers units.

Their products are made with natural cleansers, recycled packaging, and organic ingredients. Their bar soap in particular is 100% vegan, sulfate free and they are not tested on animals.

From an environmental perspective, this soap is one of the better options you can choose to be sustainable. Because their products are vegan, cruelty and harsh chemical free, the runoff produced is nontoxic. Their packaging for their bar soap is recycled paper and is compostable and recyclable. Their products are made and packaged in the U.S, but they source many of their smaller ingredients such as fragrance and additives from other countries. I could not find exactly where or who they source their ingredients from, so I can only assume they source it from international companies. Due to the transparency and lack of information provided, I am only awarding them 1 planet.

There is not a lot of information on how their bar soap is made, but with a general knowledge on soap making, the base, scents and color additives are mixed together and then poured into a mold to harden and cure for two weeks. Once the soap is cured, it is cut, wrapped and sold. On their website they state, “Our bars are handmade in small batches made in the USA with US & imported ingredients, including Rainforest Alliance Certified Palm Oil”.

Some positive aspects of their product is that they package all their products in recyclable materials, and their mission is to give back to the homeless community. What makes this company stand out from others is the way they give back to communities.

A negative aspect of this soap brand is their transparency about where all of their ingredients are sourced from. The one way to see what ingredients are in their soaps is to visit an external website, which barely gives any information about the chemicals used.

As the brand is owned by Unilever, which is known to be unethical in their environmental and humanitarian aspects. It was found that Unilever was reported for several ethical issues, including environmental reporting, habitats & resources, palm oil, pollution and toxics, human rights, workers' rights, supply chain management, irresponsible marketing, animal rights, animal testing, factory farming, anti-social finance, controversial technologies and political activities. When looking at the company's usage of palm oil, it was found that a low percentage of Unilever’s palm oil was RSPO certified. However, it also had positive initiatives and targets in place, and disclosed all relevant data for crude palm oil, palm oil kernels, and palm oil derivatives. The company has also admitted to testing on animals in countries where it is legal, so while The Right to Shower soap may not be tested on animals, the ingredients used to make it could be.

Overall, the brand is something that should be supported due to the mission behind its creation. A brand that seeks to help others in need is a brand that stands out. While there are ethical concerns with the company that owns The Right to Shower, I think that the soap is worth buying.