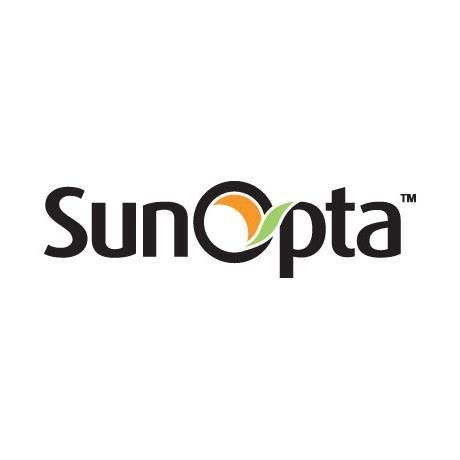 SunOpta is a Canadian company that sources and distributes organic, natural and non-GMO fruit-based, and plant-based foods and beverages. SunOpta offers their products and services through four different channels which are: ingredients, co-manufacturing, private label, and working with their own brands to develop their products and packaging. SunOpta prides itself on being an environmentally friendly company, mainly due to the fact that their ingredients are plant and fruit based. Although environmentally speaking it is smart to shy away from red meats and dairy products that produce a high amount of carbon dioxide, Sunopta is still involved in some harmful practices that they have room to improve on. Due to SunOpta’s high transportation costs/emissions, lack of disclosure in their labor practices, and controversial investor relations, I have scored them at 0.25 planets.

SunOpta’s frozen fruit is processed in their facilities and prepared to be sold or to be offered as ingredients for other products. From what I could find, there was not much information on the chemicals used for growing and processing SunOpta’s fruit. SunOpta utilizes third party sellers and distributors which poses a high risk for their products in terms of contamination and food borne illnesses. In 2016 SunOpta recalled their sunflower seeds in worries of contamination of listeria in their products. Listeria is a food-borne illness found in food when it is not properly stored and causes a variety of symptoms, especially to those with weaker immune systems. SunOpta pulled products form 25 states plus Canada, from the production period of May 2016 to January 2016. This recall affected a variety of brands including Clif Bar, Quaker Products, Sunrich Naturals, and more. Treehouse - a manufacturer and seller of SunOpta’s products - claimed 16 million dollars in damages. Upon litigation trials the settlement agreement held SunOpta liable for 4.4 million dollars. Due to a variety of different products being processed in the same facilities, it is difficult to know what exactly is touching the frozen fruit. For those with allergies this could be a discerning factor

SunOpa is in the business of picking and processing fresh and frozen fruit. Since I could not find much information on renewables that Sunopta is utilizing, it is safe to assume that much of their energy usage comes from fossil fuels. These ingredients are mainly sourced from different areas of the United States, Mexico, and South America. Transporting and shipping these fruits to various sellers emits a high amount of carbon emissions in addition to high energy usage for frozen fruit. Although some transportation emissions and transportations costs are inevitable, SunOpta has expressed interest in opening more facilities abroad to ensure their business is operating smoothly and that they have supplemental ingredients in case of a supply chain issue or a worker shortage. This would likely significantly increase the carbon emissions that SunOpta already produces. Additionally, from what I could find there was not a lot of information on the farming practices that SunOpta’s workers are involved in, but I am curious to learn more about how SunOpta manages the intense labor that farm workers endure. SunOpta does mention the risk associated with failing to maintain their labor force at one or more of their facilities, but does not touch on the risk rigorous farming practices poses to their company. Fruit picking is a very physical and intensive type of labor that has drawn a lot of attention for being unethical in its practices. There is a lot of controversy surrounding the minimum wage for farm workers/fruit pickers, and the labor conditions that they experience including exposure to harmful chemicals, pesticides, herbicides, heat stress, and lasting negative health effects from this work.

SunOpta’s main investors are Oaktree Capital Management LLC and Brookfield Asset Management. In October of 2016, Oaktree Capital Management invested 85 million dollars into SunOpta for exchangeable Series A Preferred Shares. Recently, in February of 2021, Oaktree traded their Series A Preferred Shares for common stock in Sunopta, giving them ownership of the company at 19% of the current shares. Their next highest shareholder, Engaged Capital LLC, only holds 9% of the current shares, quite a ways off of Oaktree Capital Management. Although this trade that Oaktree made, no longer binds SunOpta to pay a dividend to them of around 8% per year, Oaktree now holds a significant amount of voting power, including the right to nominate 2 people for election onto SunOpta’s board of directors and access to other governance rights. The values of Oaktree have proven to differ from those of SunOpta. Oaktree Capital is owned by billionaires Bruce Karsh and Howard Marks. This private equity firm is known to cut throat and invest billions into fossil fuels. Furthermore, Oaktree has recently partnered with Diversified Energy, who has a very negative environmental history. Diversified is on a mission to acquire oil and gas wells in the Central Region and now the United States. These wells have been reported for barely producing any gas as they have been depleted and leaking methane at an alarming rate - exceeding 5,000 parts per million. These methane leaks are of a high concern as they have an extremely negative impact on the greenhouse effect, even higher than CO2 does. For a comparison normal air is around 1 to 2 parts per million. Although Sunopta has sustainable goals and is in the business of sourcing ingredients that shy away from CO2 emissions, their investors seem to have ulterior motives that could sway the decision making processes away from sustainability practices, preventing me from giving them a good rating in this category.