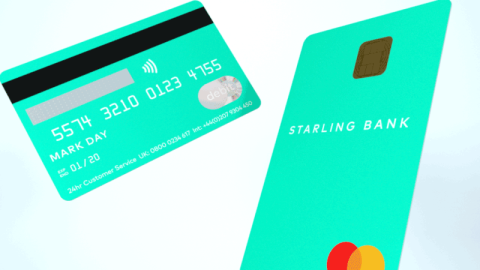 I first came across Starling Bank through its advert on the London Underground claiming that it was ‘The UK’s Best Bank.’ Founded in 2014, the name of the bank aims to represent a Starling bird: social, adaptable, and friendly. It is an app-based bank with no physical branches and over 2 million customers. Starling has also won The Recommended Provider at the British Bank Awards three years in a row. I have found that the company does in fact live up to this excitement in terms of its environmental and social sustainability and that its company ethos is far superior to that of traditional banks.

Starling is a branchless bank that is entirely based on a mobile app. This avoids paper wastage and excessive energy use of heating and electricity. Two out of the four of Starling’s offices in London and Southampton use 100% renewable energy from SmartestEnergy and SSE. However, they should really aim to make all offices use full renewable sources rather than only half to be truly sustainable.

Seventy-five percent of Starling’s credit cards are made of recycled materials. They use recycled PVC from European industrial waste, saving 2kg of carbon per kilogram in comparison to producing new plastic. PVC is generally used in packaging and is notoriously difficult to recycle, so I really am impressed by this development. Starling appears to be a positive step towards a more circular economy, however, the reduced quality of reused plastic means that the card itself cannot be recycled at the end of its lifecycle – meaning it must go to landfill. Furthermore, the remaining 25% that is not recyclable, including the chip and laminated surface, is not made from recycled materials, meaning that they must exploit new resources. While this card’s partially recycled nature is impressive in comparison to other credit cards, I have also found that it is far from being perfectly sustainable.

Starling is one of the founders of the TechZero Taskforce in the UK which is a group of UK tech firms that work towards net-zero carbon emissions. TechZero is comprised of 15 companies with a total of 100 million customers that work towards making the technology industry more environmentally friendly. The collaboration between companies with such a wide customer base is really exciting to see and I believe that technology is one of our most important tools to combat climate change.

Starling Bank uses Amazon Web Services (AWS) servers in Dublin, which is also used by another digital UK-based bank, Monzo. These servers provide one-third of cloud computing and are supposedly offset by the creation of renewable energy by Amazon. While this appears to be sustainable, Amazon has a history of obscuring information regarding their carbon footprint from their consumers and Starling’s use of this infamous third party really reduces its rating.

Starling has raised around $922m since 2014 in order to set up the bank by investors such as Goldman Sachs and Jupiter Asset Management. Many of these high-profile investment banks and funds have historically financed unsustainable practices such as fossil fuels and arms. However, in 2019, Goldman Sachs explicitly banned any investments into the oil and gas sector and coal mining activities. While this is a necessary step towards sustainability, these corporations have done such extreme social and environmental damage in the past that this change is simply not enough. I think that Starling’s association with investment banks such as these really contradicts their ethos of transparency and commitment to environmental sustainability.

Starling was founded in 2014 by Annie Boden, a former employee at Allied Irish Bank. The Bank participates in the Women in Finance Charter, which sets a target for 40% of senior management to be female by 2021. Starling has already exceeded this target with half of the senior team being female. Having a female founder is a relatively new phenomenon in the world of finance and this encouragement of gender equality sets a very encouraging precedent for the company.

Starling Bank provides a living wage which is £9.50 per hour in the UK rather than simply the government-mandated minimum. They also give employees 16 hours of paid leave annually to volunteer within their community. This helps to boost social sustainability within their company and the wider community. Starling’s commitment to its employee’s wellbeing is also apparent as 76% of company shareholders are employees or ex-employees. This means that there are no large banks backing the company and decisions will be made inside Starling. This will hopefully increase the transparency within the company and the consumer.

Starling claims that it makes ethical investments and does not invest in organisations such as arms manufacturers or tobacco companies that may harm the public. The CEO has also announced that they do not invest in any fossil fuel-based energy, however, this has not been explicitly written in a policy. They also claim to be politically impartial and do not donate to political campaigns. I am encouraged by Starling’s ethical policy which has been far more detailed than I have found in other digital banks, however, there may be an element of greenwashing due to the lack of evidence of these actions.

Starling has launched a joint Trillion Trees venture with WWF, BirdLife International, and Wildlife Conservation to plant one trillion trees by 2050. This scheme works by planting a tree in Kenya, Madagascar, and Tanzania each time someone refers a friend to Starling. I am really excited by the prospect of allowing the everyday consumer to participate in conservation to combat climate change. Starling has begun by donating 2,014 trees to represent the year it was founded as a start to the scheme. However, in order to reach such an ambitious goal of one trillion, far more work needs to be done.