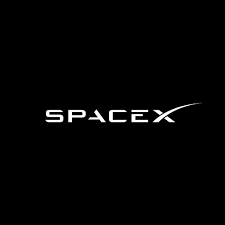 SpaceX has made leaps and bounds regarding innovation in the aerospace industry. NASA stopped trying to reuse rocket parts decades ago, but has started to do so again with SpaceX’s recent success with vertical landing rockets. Despite these successes and the passing of FAA environmental impact assessments, the reality is that SpaceX is sending an increasing amount of rockets that dish out thousands of tons of emissions. The idea of moving to different planets is amazing, but it is ignoring social justice issues here on Earth.

Unfortunately, propulsion systems for rockets will not be drastically changing any time soon with our current technologies. Usually, CO2, water vapor, carbon soot, carbon monoxide, NOx, chlorine, alumina and sulfuric compounds are emitted from the rocket as it takes off and goes through the Earth’s atmosphere. According to the Scientific Assessment of Ozone Depletion report, black carbon and aluminum particles from rocket launches tend to stay in the atmosphere particularly in the sensitive area above the ozone layer. The fuel for the Falcon Heavy was RP-1, which is liquid oxygen and emits both black carbon and alumina. At launch, a considerable amount of water (300,000 gallons/1 million liters) is used as sound suppression in order to keep the launch pad intact and prevent the rocket from taking damage from the sound.

An important aspect of space travel is space trash. In Earth’s atmosphere there is upwards of 6,000 tons of trash floating around. There are thousands of softball sized chunks floating around, and millions of small pieces of trash travelling at thousands of miles per hour. Even the small pieces are enough to cause significant damage if they collide with something. Fortunately, Elon Musk and president of SpaceX Gwynne Shotwell believe Starship will be able to collect space debris through an opening door aboard the ship.

The body of rockets are usually made of aerospace grade aluminum and titanium. Fortunately, aluminum is highly recyclable and SpaceX tends to extend the lifespan of the rocket materials in order to reduce costs. In the future, SpaceX is looking into using stainless steel in their future rockets. Any stainless steel object has about 60% recycled content within it, and recycling of stainless steel occurs throughout the world. However, the sourcing of stainless steel as well as aluminum can be environmentally detrimental depending on who is sourcing and how it is being sourced. SpaceX does not provide information about their suppliers, but it is known that they have suppliers (they do not operate mines). Unlike Tesla, SpaceX has to comply with ITAR, so they are not able to give out information about the suppliers. The heat shield of the rocket contains carbon fiber, which is a very energy intensive material. It is about 14 times as energy intensive as making steel, and it spews out various greenhouse gases. However, carbon fiber tends to last longer than steel and is lighter. Since it is lighter, less material is needed to do the same job, and because it lasts longer, there is less material needed for replacement. Carbon fiber can also be recycled in a super hot oxygen free environment that can be reused quite easily. SpaceX changes and experiments with many materials in the various parts of their rockets.

SpaceX uses lots of energy in production and in the launch, but much of it uses renewable energy. At the company’s headquarters in Hawthorne, California, the solar panels that cover much of it are directed into material production. SpaceX has been reusing certain rocket parts in their current and future spacecraft. After SpaceX was able to vertically land and launch a rocket, reusing the rocket parts became much more feasible. Previously, NASA tried this but failed back in the 1990s. The materials that SpaceX uses in its rockets are usually from suppliers. The exact companies and processes used to extract the materials are not known due to ITAR. However, all of the metals have to be extracted and refined from ore in some way or form. Aluminum is highly abundant, but requires massive amounts of electricity in extraction through a process called electrolysis. The mining of aluminum is often done with open pit mining operations that devastate the landscape for years after the mining has stopped. The FAA conducts environmental impact analyses where they consider 14 different resource areas: Air quality, Biological resources (including fish, wildlife, and plants), Climate, Coastal resources, Department of Transportation Act Section 4(f), Farmlands, Hazardous Materials, Solid Waste, and Pollution Prevention, Historical, architectural, archeological, and cultural resources, Land use, Natural resources and energy supply, Noise and noise-compatible land use, Socioeconomics, environmental justice, and children's environmental health and safety risks, Visual effects (including light emissions), Water resources (including wetlands, floodplains, surface waters, groundwater, and wild and scenic rivers).Despite the thousands of gallons turning into vapor immediately, and the massive amounts of greenhouse gases being released upon liftoff, they did not violate any air quality standards. For biological resources, the main consideration was the Endangered Species Act. SpaceX’s actions did not significantly affect the lives of any endangered species, but bald eagles were located within the study range. Other wildlife and habitats were considered and studied, but some known consequences were not given much mitigation efforts (nesting birds would be disturbed by noise from launches resulting in possible nest failure [broken eggs and flightless birds jumping out of nests] and desertion). The FAA calculated the annual total emissions for the Dragon and Falcon missions to be 68,877 metric tons of carbon dioxide equivalent. Despite this huge number, it is sadly negligible when compared to the total amount of GHGs that are going into our atmosphere every year. The FAA seemed to hone in on the areas below 3000 feet. However, it was noted earlier that the FH-1 fuel seems to leave particulate matter such as alumina and black carbon soot into a sensitive area above the ozone layer (>10 miles) and this was not mentioned. I will not go over the rest of the FAA’s decisions and processes (available in link below), but they are mainly looking for violations of current regulations. SpaceX passing the FAA’s standards for environmental impact does not necessarily mean they are sustainable and environmentally friendly.

Elon Musk, the CEO/CTO of SpaceX plans to go to Mars and create a permanent human residence on Mars. They also plan to increase the number of satellites in Earth’s lower orbit to 42,000 by mid 2027. These plans are quite ambitious, but also pose risks to the environment as well as the future of many space missions. With the increase in missions comes the increase in emissions from the rockets and all the processes that go into making the materials. Despite Elon Musk being known for his electric vehicles, SpaceX’s rockets are largely reliant on fossil fuels and emit lots of nasty particles into the atmosphere. Aerospace companies including SpaceX are trying to find more sustainable and environmentally friendly fuels, but there does not seem to be any great innovations in that department. SpaceX has made amazing progress with reusing their rockets, being the first to successfully have a vertical launch and landing. However, increasing the amount of flights is quite contrary to sustainability, especially with the immense amount of water and fuel that is used for each launch. The mission statement is interplanetary travel and establishing life on those different planets. Although this is an amazing mission that will take decades, even centuries of hard work to have a chance at achieving it, it is ignoring the issues that we have here on Earth. Moving life to different planets should not be the answer to solving our sustainability issues here on Earth. Social justice leaders including Ralph Abernathy, the successor of Martin Luther King Jr., question SpaceX’s mission. Why should we spend money on space exploration when we have so many problems here on Earth. In this day and age, the ‘why’ for space exploration is not so clear. In the prior century, it was a display of dominance over other countries, but now is it ‘human destiny’? Also ‘who’ is going to space to “to become a multiplanetary species” (Musk)? The space community is overwhelmingly white and male, but this does not have to continue to be so. Values including empathy, tolerance and compassion must be recognised as being fundamental to space exploration.