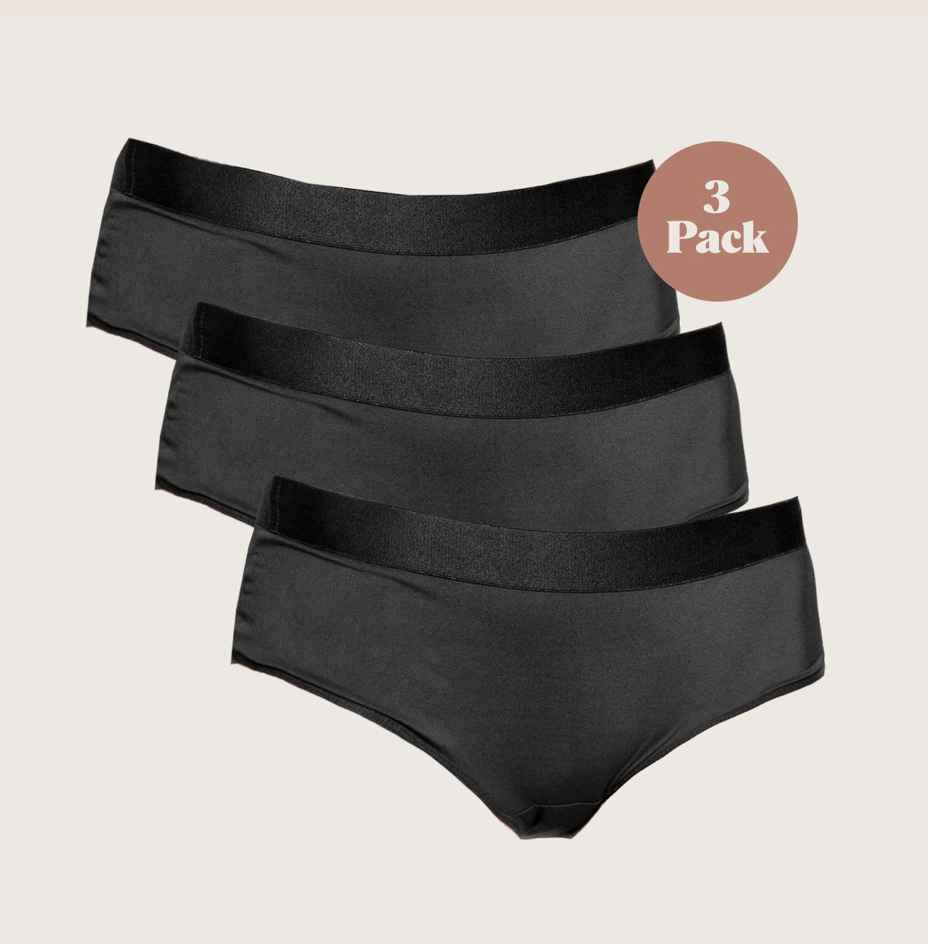 SOMI Apparel is a relatively new e-commerce business founded in 2019 by Lana Li based in New York City. It’s 3-Pack Maverick underwear set is extremely comfortable and a product that I have purchased myself over than two years ago and that is still in perfect condition, which is why I was intrigued to dive deeper into the product.
The Maverick underwear are made out of unique material that can be used for any sort of occasion: from swimming, lounging, and even working out. It is designed to be eco-friendly and reduce individual carbon footprint by re-using plastic water bottles. The underwear is also durable enough to last for years. However, like many startups, the company’s main goal is to generate a return on investment. So, how genuine is the intention of the brand, really? Is the green branding merely a marketing tactic, or is SOMI true to its intentions? Upon further investigation, the Maverick underwear scores well in it’s environmental and economical pillars, although there is a lot of room for improvement in terms of what the product and brand are doing to engage with the social pillar of sustainability. Furthermore, the lack of transparency of the exact materials used in the production of the underwear leaves room for questioning.

The Maverick underwear’s main idea is functional minimalism, which is evident by its design and use. SOMI wants to provide it’s wearers the best of everything: the best workout underwear, the best swimwear, the best “I-just-want-to-be-comfortable-and-lounge-around-in-my-undies” wear while still maintaining an eco-positive and simplistic approach. Having multi-functional pieces requires having less pairs of swimsuits and underwear overall, which is a great benefit. The product is made of recycled water bottles which are transformed into a breathable, 4-way stretch fabric that is soft and silky.
The product is made of a material which they call ‘sustain- lux’. The SOMI website claims that the Maverick underwear that is made of this material uses ‘59% less energy than traditional polyester’, ‘reduces C02 emissions by 32%’, and has a ‘50% lower carbon footprint than organic nylon’. However, the rest of the materials used and the exact composition and proportions of the ‘sustain-lux’ material are not publicly disclosed on the website, which may lead to suspicion, as the information on the make up of garments is usually displayed on websites to help consumers with purchasing decisions.

The packaging of the Maverick underwear is claimed to be developed as 100% recyclable and free of ‘as much plastic as possible’. However, this second statement leaves room for ambiguity, as ‘as much as possible’ is not quantifiable.

The fact that the Maverick underwear comes in a pack of 3 does give the product a slight bit of credit, as buying in bulk is generally better than buying products individually (in terms of shipping, packaging, etc.). Furthermore, the Maverick underwear uses quick dry technology which allows the product to air-dry within a few hours and thus eliminating the need for a dryer allows the consumer to save energy and money.

SOMI is a small start-up company, with only 5 employees now. Lana Li, the founder of the company and a Harvard graduate, is an entrepreneur with experience launching both innovative consumer brands and software companies. She previously designed work for Puma, Blue Apron, and Bose and has a background in SaaS and computer science. The four other members of her team also have many experiences such as web design, accounting, financing, marketing and human resources and have also partnered with big companies like Arora and Jellop. The founder of the company created the brand with an Ethos of creating one functional (yet fashionale) set of underwear that does it all.
SOMI currently only operates online and does not have any physical locations. The brand raised capital through crowdfunding on Kickstarter and Indiegogo to help pay for fabric and a fair wage. They are planning, however, to sell their products at brick-and-mortar retailers in the future.