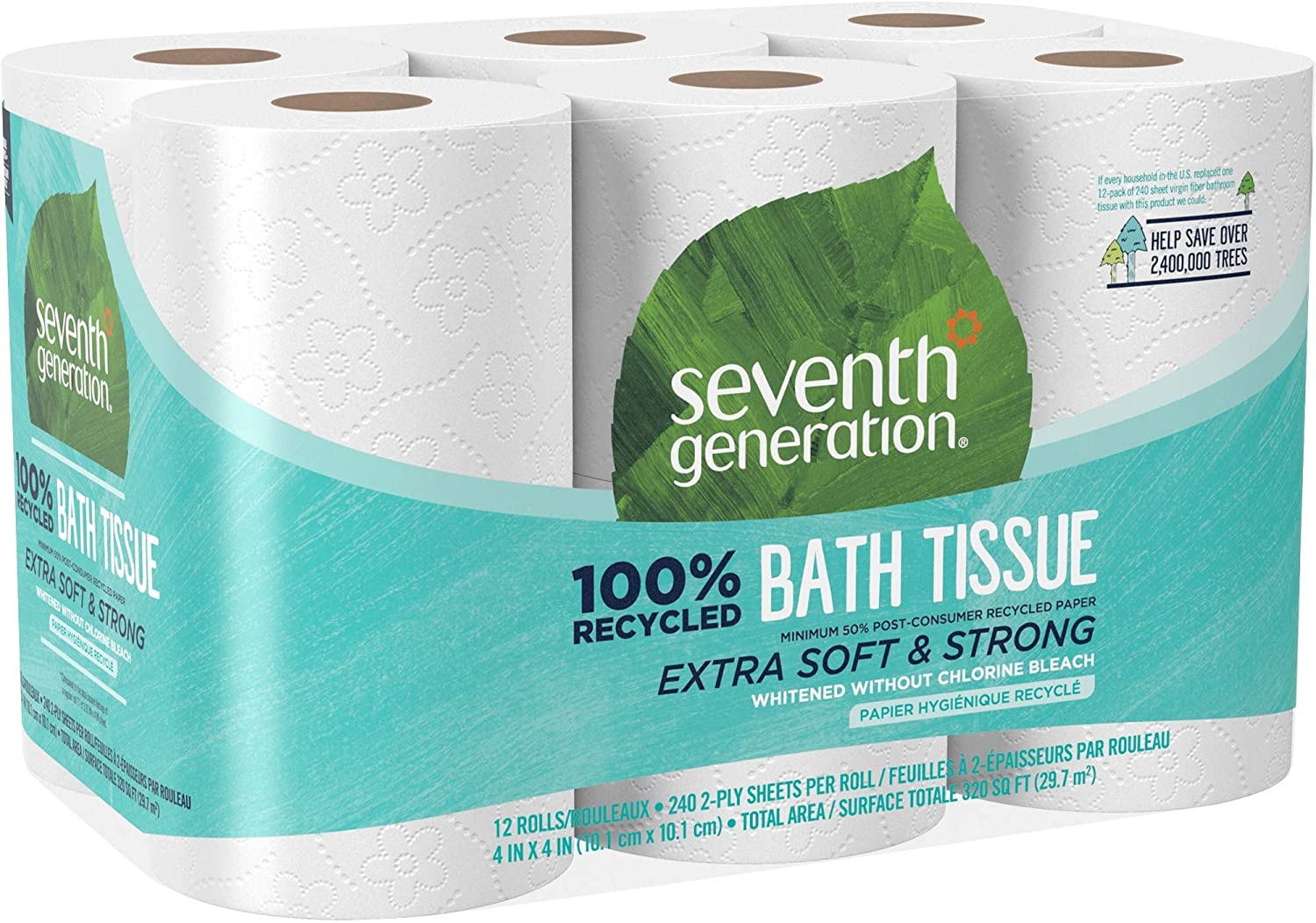 This Seventh Generation toilet paper is made from 100% recycled paper. Furthermore, the toilet paper is whitened without the use of chlorine and has no added fragrances or dyes. By not using these chemicals, Seventh Generation is helping to protect our planet from ecosystem damage and climate change. Regarding the packaging that this product comes in, Seventh Generation is committed to producing zero waste, in which they use PCR (post-consumer recycled) plastic. This means that they use plastic containers from other products that have been recycled, and repurpose them for their own packaging, in which they rely less on virgin plastic. In addition, the toilet paper is shipped in a 100% recycled and recyclable box.

The toilet paper is Rainforest Alliance Certified, which means that the product was produced using methods that support the three pillars of sustainability: environmental, economic, and social. Seventh Generation has claimed that they work to mitigate risk when it comes to the health of both people and the planet. This means that they carefully choose the ingredients that they use in each product, regarding the formula and the packaging. Seventh Generation also claims that they pride themselves in being honest in what they say, responsible for how they act, and transparent in how they do business. After reviewing their website, I am impressed with Seven Generation’s honesty and transparency. Regarding their efforts to decrease their carbon emissions, Seventh Generation has set a goal to reduce their GHG emissions by 50% by 2025. They already have some efforts in place, such as an internal carbon tax, product and packaging improvements, and clean grid advocacy work. However, Seventh Generation recognizes that they have significant work ahead of them, since as their company has grown, they have seen their GHG emissions increase, mostly associated with consumers buying more of their products. They have another 2025 goal to reduce scopes 1 through 3 by half, as compared to 2012. The first scope is energy use in their owned facilities, which Seventh Generation claims is already very low. The second scope is purchased electricity, and the last scope is consumer use of their products and all ingredients, packaging, and distribution.

Seventh Generation does not own their own facilities. However, they claim that their facilities are mostly located in North America, to minimize their carbon footprint caused by transportation. On their website, Seventh Generation claims that they only work with manufacturers who share their core values, such as ethical and responsible conduct, and respect for the rights of people and the environment. They also claim to only work with manufacturers that are committed to reducing their carbon footprint throughout the sourcing and manufacturing process. In their supplier code of conduct, they condemn the use of child labor, involuntary labor, coercion, and harassments. Furthermore, Seventh Generation makes sure that manufacturers, suppliers, and distributors will not discriminate in employment practices, on the basis of race, religion, age, nationality, social or ethnic origin, sexual orientation, gender, political opinion or disability. They also guarantee in their supplier code of conduct that workers have a safe and healthy workplace and that they have wages that are essential to meeting their basic needs.