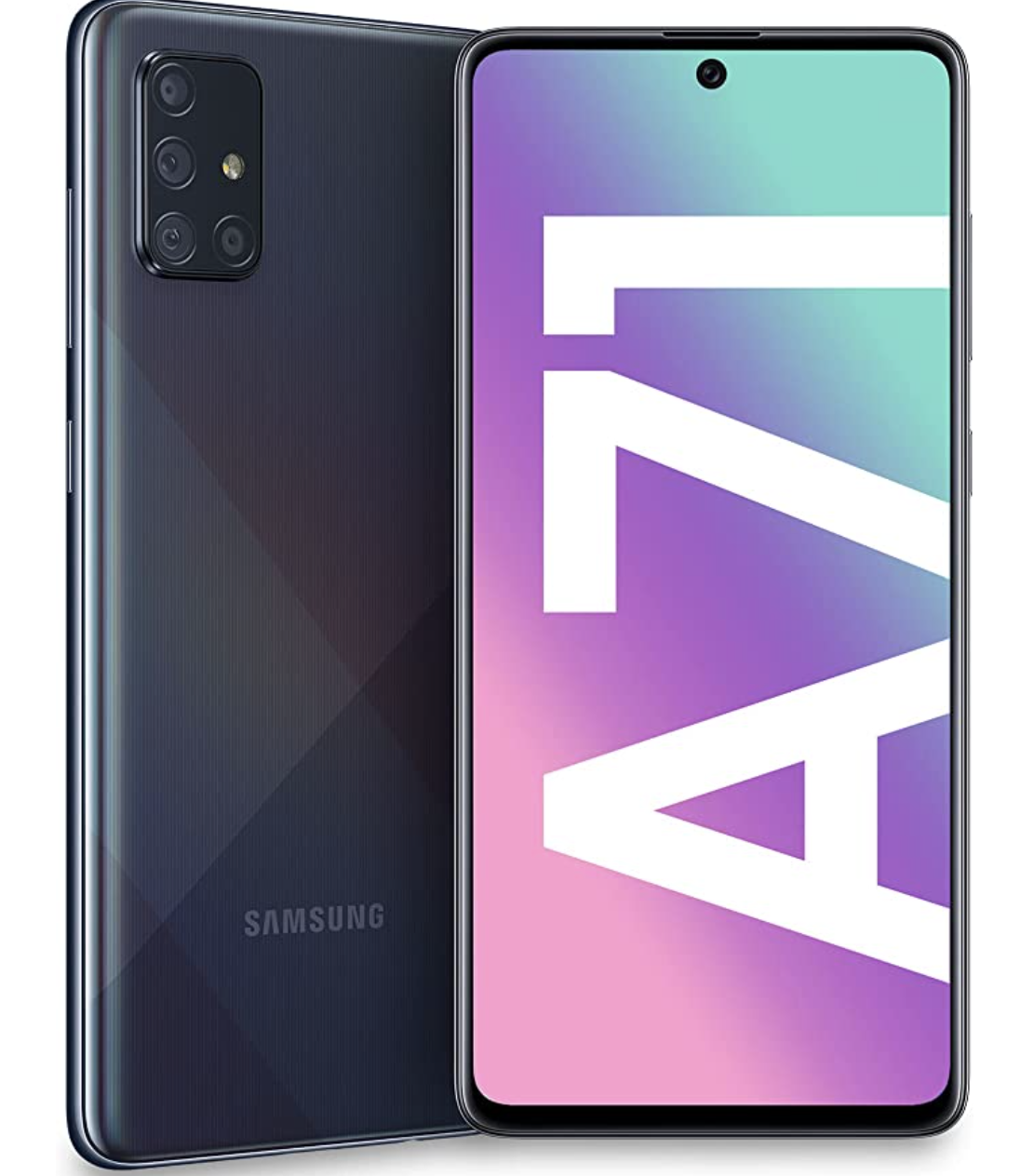 Because Samsung is a massive company I have been perhaps overly critical, however I just cannot imagine with a company of this scale, revenue and profits that they are genuinely helping the environment, the lack of physical numbers is very concerning and makes me thing they are doing the bare minimum to appear sustainable, however I think they do some stuff right and clearly have a good understanding of climate change and the importance of the entire life cycle of their products, but sadly almost everything they have on their website is just chat – no evidence.

Now time for some context around the phone itself and my quality experiences with it. The A71 is the top of Samsung’s budget to midrange collection. Originally costing about £420 without discounts however the sheer amount of discounts means they must have a fairly large profit margin on these phones.
And that could potentially be transferred into the quality of the phones. I bought this phone for the first-time last year on a contract (that I am still paying) and took it on holiday a month later to the lake district. Here I took some amazing photos and then climbed a mountain… in the rain…. Realised the path I was supposed to go on collapsed… had to take a detour and all in all spent 8 hours with my phone in a flimsy plastic bag, which for the last couple hours may have been partially filled with water ☹. All may have been okay had I not tried to charge it immediately at the cottage. Needless to say, for a phone that is barely advertised as splashproof it never turned on again and I had to call insurance and get another. This one has lasted me the year thankfully with a screen protector and case; however I am not too impressed with the build quality of these phones compared to my last ones.

It is worth noting here that Samsung does offer a trade in discount, essentially any android phone would get you a £50-100 discount (if buying without a contract) on the phone that I was buying if it still functioned. This phone is then either refurbished and sold, or its useful parts stripped and reused or recycled which will likely help lessen the need for mining of new materials, this means it is also made partly of recycled materials, particularity the rare earth metals. Samsung also states that they minimise the number of different types of materials in their phones to make them easier to take apart and recycle (see figure one). They have a webpage that talks about their circular economy structure and more details about how they recycle, they said they have recycled 24,500 tonnes of metal in 2019 and that metal makes up minimum 50% of their phones, but considering Samsung has made 2 billion galaxy phones in the past 10 years it doesn’t take a lot of maths to say it probably doesn’t make a dent in their phone sales let alone all their fridges, tvs tablets, dishwashers etc that they produce as well and are massive in size in comparison.

There is also the fact that to keep up with market demand Samsung still releases new phones every year, the Samsung a72 having come out a while ago. However, to give credit where credit is due I can still see myself using my current phone for at least another two years, as it definitely has a good battery screen quality and camera set up to not give me FOMO for newer devices, especially at this cost.
On this basis I will give Samsung 0.5/3 for what it is made of, their recycling program is nice but sadly mainly green washing.

The sustainability tab did not appear at the top of the initial Samsung homepage, I had to search for sustainability to find it, the entire section is very wordy and not that factual, however there are some important points to note:

Although this all seems well and good, they do not appear to have any actual data on their carbon footprint – digging through their files I can only find percentages and not actual metrics to compare to other companies, which I think I'm going to coin a ‘’fake transparency’. Looking further into the CDP supply chain A rating I think it more evaluates how much a company is prepared to deal with climate change in their own supply chain, but to give credit to them to achieve an A rating to must be good enough to be labelled a leader, so on this basis and the fact that you do have to give them quite a lot of information I recon it is enough to give them a little credit

Samsung as a company has very airtight child labour rules, including if a child labour-er if found working for Samsung directly they will be taken out of work and have their school education paid and basic living expenses paid for if needed and once they reach the proper age for that job be offered to work for them again. this also included regular checks and management checks as to how this was allowed in the first place. This genuinely makes it feel like they care so top marks for this.

Samsung also has good policy to protect student interns in China, including limiting the time of an unpaid internship and ensuring that the student cannot work overtime, and the work is voluntary and a plethora of other points. They also have many anonymous grievance channels to ensure their employers can fix any issues with their work without fear of repercussions. In general, they work with the UN to ensure their workers are not harassed used as slaves or use child labour. Even though the scope of these documents is slightly scary the company is so large I guess there must be very clear rules to be implemented across many different languages and management levels of Samsung’s global operations.

But what about their supply chain? Well, they actually had a page for this as well as saying they manage their direct supplier to ensure right labour conditions as well. Again, their page is extensive, and they say they have stringent requirements for who they work with however provide no further details about these documents.

Overall for this section I think they look okay 2/3 again would be more if they had specific proof of a 3rd party certification that their entire supply chain operates like this. But I just feel with a company this large and supply chains this big they can’t be ensuring everyone on the chain everywhere has airtight labour policies, even if they themselves and their firsts do.