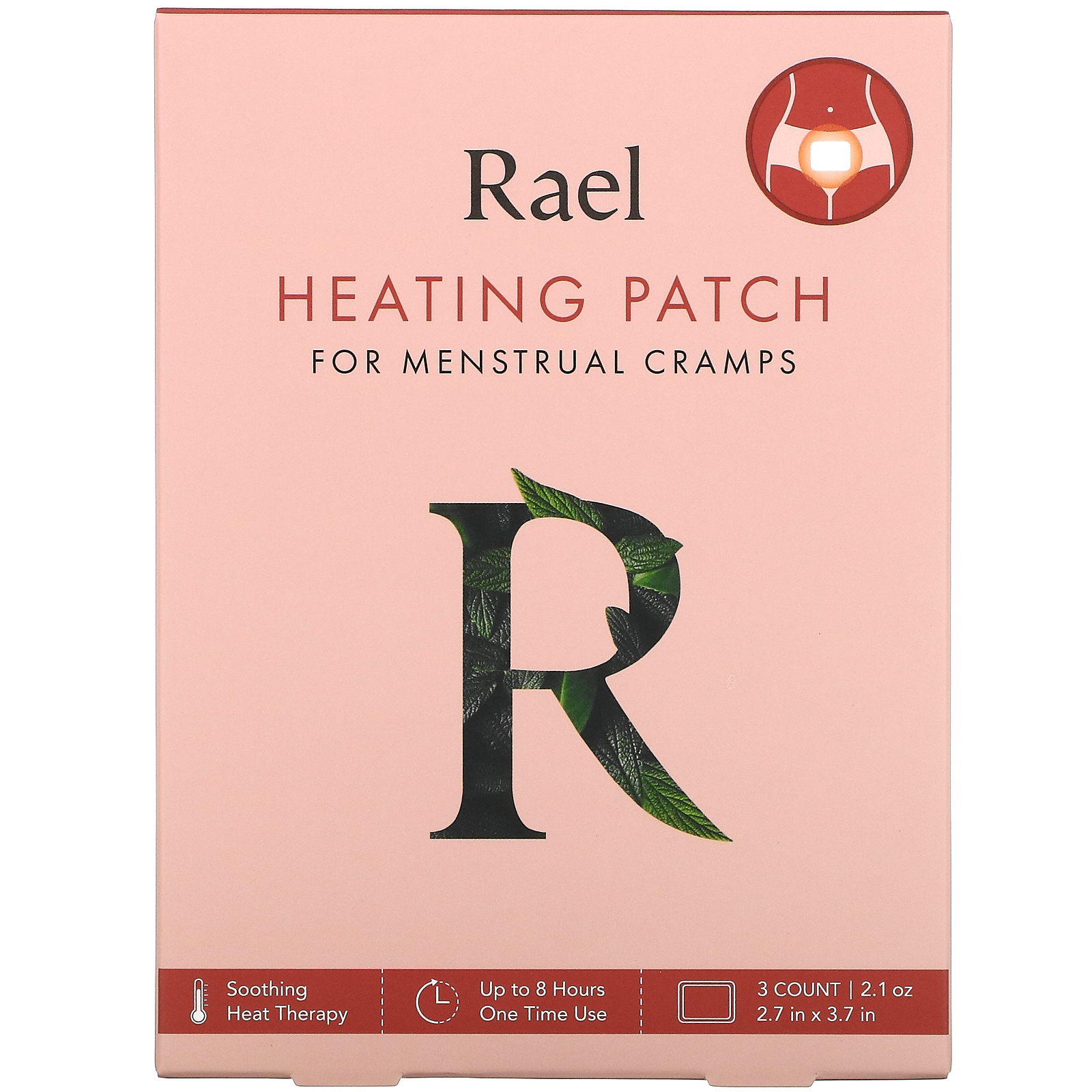 Because I strongly believe that women’s hygiene products should be made not only with their comfort and wellbeing in mind, but also sustainably, I started to look into some of the products that I have used to find out just how environmentally friendly, socially sustainable, and healthy they actually are. A product that I have used in the past is Rael’s heating patch, which admittedly, is a godsent for menstrual cramps and discomfort. However, in spite of the efficacy of the product and the green advertising on the brand’s website, this product is not as sustainable as I would have thought by simply scrolling on their website. While they do also sell some reusable products and organic period-care products which seem way more sustainable than the product I picked for my review, which is the heating patch, I believe that as a brand that claims to be fighting not just for women’s health and comfort, but also for the planet, this mantra should be sustained across all range of products, with no exceptions.

The ingredients of the heating patch are the following: iron, water, sodium polyacrylate, activated carbon, diatomaceous Earth, sodium chloride, lemon balm leaf powder, rosehip powder, jasminum officinale flower, juniper berry, and dandelion root cut. Although Rael claims that these patches are made without any harsh chemicals, some of these ingredients show another reality. Sodium polyacrylate, for example, is not only a skin irritant, but is also harmful for the environment. The problem with sodium polyacrylate, an absorbent polymer, is that it can be broken into carbon dioxide, urea, water, and sodium, which in large amounts causes salty groundwater to rise and therefore contaminate the soil. When it comes to activated carbon, the main issue with it is that it is manufactured by slowly burning trees, which is definitely not helping climate change. It would be less of an environmental burden if only fast-growing trees were used for this task, but no information on this is given. Another ingredient that in large quantities can wreak serious environmental havok is sodium chloride, most commonly known as salt. If too much sodium chloride gets in lakes, for example, it can cause ecological changes and affect water quality. According to them, the packaging of the products, although made of plastic, is biodegradable. While I believe that efficacy is just as important as environmental responsibility, I think that more effort should be made to ensure that none of the ingredients have a negative environmental impact.

While the organic tampons produced by Rael are sourced from organic cotton farms in Texas, I haven’t found any information on the heating patches in terms of where exactly they come from and how they are produced. One thing that stuck out to me by reading about their manufacturing process is that while the ingredients are nationally-sourced in the United States, cutting-edge technology is used for manufacturing in Korea. In this case, I believe that finding a way to also manufacture the products in the U.S. would drastically reduce their carbon footprint. I believe that more transparency is needed on their manufacturing process and on the life cycle of their products in general, as very little information could be found on this very important aspect.

Rael is a period-care company that offers women a holistic approach to periods by selling a wide range of products like organic tampons, reusable cups and underwear, heating patches, skin-care, and even toothpaste. It was started with the goal to provide women with effective and naturally-made products to support them throughout their cycle, empowering them to have a more open and healthy relationship with their periods. The company was founded in 2017 by Aness An, Binna Won, and Yanghee Paik, three women originally from South Korea. Although pricier than other conventional brands, Rael is undoubtedly more socially and environmentally responsible, in spite of some of its downfalls, like some of the ingredients included in the heating patches. Overall, this brand is an encouraging initiative that gives women the option of choosing a wide range of more sustainable products, while also striving to erase the stigma around periods.