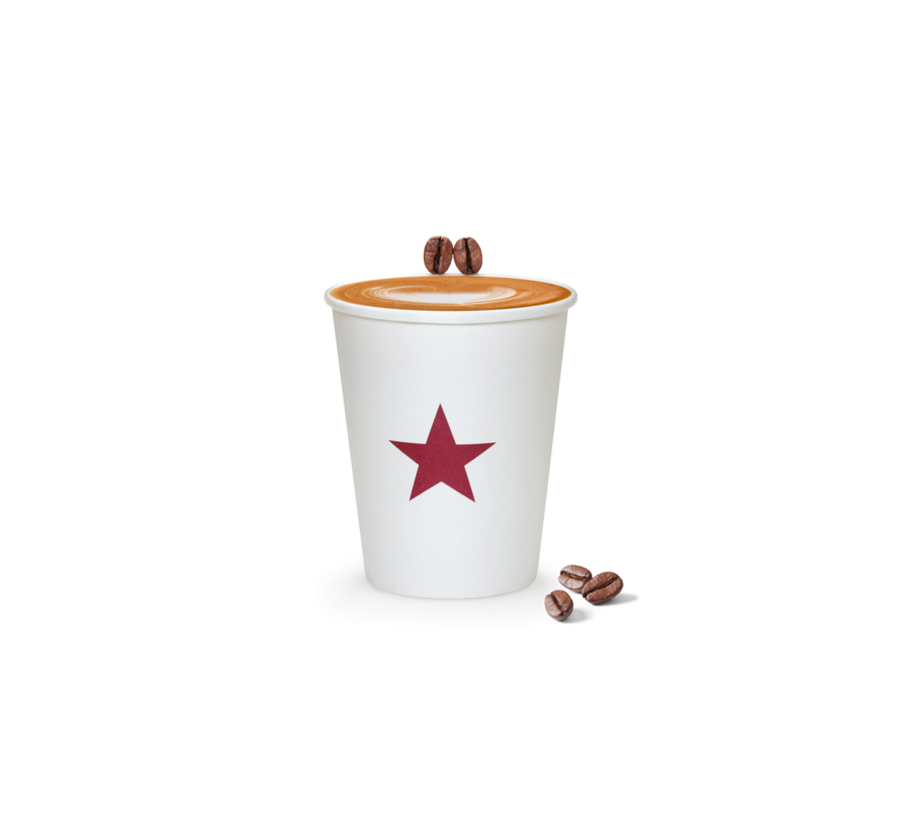 Prêt à Manger (Pret for short) means ‘ready to eat’ in French. They specialise in Organic coffee and fast, fresh, quality food made in store. Their first shop was opened 1986 when they sold about 12 coffees a day and has now exploded into a chain with 506 shops globally (as of 2020). If you live in London and haven’t had your head in the sand the past year and a half you would have noticed Pret’s £20/month for up to five coffees, including any milk alternative, syrups or extra shots, per day subscription (this has now increased to £25 with the rising cost of living). So, if you are somewhat partial to a coffee and have two a day then that’s ~42p/cup! If you fully take advantage of the deal and have five a day, then you’d be stealing coffee at a mere ~17p/cup (although, I hope for the sake of your health and the planet’s that you don’t do that). In 2019, Pret’s Global director of sustainability and strategy, Laura Gutowski, said “we have climate change as the top priority” and that “our company values stand completely against any kind or greenwashing”. At VOIZ we expect action not just words, and to be fair to them, from what I’ve found, Pret follows through quite well. Let’s take a closer look.

Pret gets its Organic beans from Peru, Honduras, Ethiopia and Sumatra; all of which are Arabica beans meaning they’re from the Coffea arabica plant. Other than that, there’s water and milk or alternative milk. Pret only sell Organic milks and don’t charge extra for the alternative milk, which is great to see – I think it’s pretty rude when you buy a coffee and there’s an extra 30p charge to get oat milk or similar!

Pret’s coffee and milks are certified Organic, which means that their products must reach certain standards. The specifics of these standards vary worldwide but all can be found online if you search for Organic farming. Therefore, while beneficial, it is not necessary for Pret to repeat these standards on their own website. In my opinion, it doesn’t mean that these high ethical and sustainable standards should be disregarded in the scoring of the product. This may have been the thought process of an earlier reviewer of Pret who gave them 0.5 for their ‘How it’s made’ section, stating lack of this repetition as a concern. Unfortunately, I think this rating is unreasonably harsh and the reviewer has been too quick to rate without deep enough analysis. For further explanation, Organic farming means artificial pesticides, fertilisers and other chemicals cannot be used in the production of the product and that the highest environmental and animal welfare standards available have been met. This is greatly more sustainable than non-organic farming techniques as use of pesticides is a key driver of the biodiversity loss and insect decline, which significantly jeopardises the future of food security. Meanwhile, use of artificial fertilisers and intensive agricultural practises cause reduced quality and depletion of fertile topsoil, which threatens humanity’s ability to grow food. Therefore, we should really applaud Pret’s decision to commit to 100% Organic coffee, milk, alternative milk in every store and their promise to always keep it this way! This being said – they haven’t confirmed the certifying body, which is a bit odd.

On waste: Pret say they have a zero landfill waste policy and have done since 2012, this means they have recycling collection in their stores for their which handle. In order to reduce single use take-away coffee cups, Pret have the most generous high-street discount of 50p if you bring your own reusable cup, which has apparently increased this behaviour by 20-fold! The single-use cups themselves are recyclable and since 2019 all of the UK Pret shops have recycling points. Additionally, Pret joined the UK cup recycling scheme which builds infrastructure to recover and recycle these cups outside of the shops. Nevertheless, the exact material composition of the cups have not been disclosed, except that the lids are made with recyclable PET, ~30% of which is recycled. The plastic straws were swapped for paper in 2018, and the majority paper or cardboard is sourced from FSC or PEFC accredited forests (they say they are working to make this 100%). By 2025, Pret have pledged 100% recyclable, reusable or compostable packaging. While not perfect, Pret are definitely trying.

Pret combats food waste and hunger by donating surplus food to shelters and hostels to feed those in need; as well as helping small charities by donating sleeping bags, kitchen equipment and funding for positions in these charities. Food waste is a huge problem for people and climate, with about a third of all food being produced being wasted. Food that will never be consumed has taken tonnes of fresh water, land, energy and labour to produce – such wasteful practises are incredibly unsustainable. Therefore, I think it’s brilliant that Pret donate their surplus food to those who need it. In 2020, Pret donated over 7.3m items from their shops globally. To build on this, Pret joined the WRAP Food Waste Reduction Roadmap to halve food waste by 2030.

Coffee can be produced sustainably but this is not supported or facilitated by the majority of retailers all over the world. Pret is evidentially endeavouring to break this cycle of destructive coffee production through their commitment to Organic farming - protecting people and the planet. Since 2015, all of their UK shops have been supplied with renewable energy (wind, solar and hydroelectric energy), with French Prets joining this bandwagon in 2020. However, it is disappointing that I cannot find information on the transport of resources or of the energy consumption in the supply chain and in stores. Nor are we given an explanation for how the coffee is processed and whether this is an energy intensive procedure. It is expected that the brewing of the coffee is highly energy intensive as one expresso machine’s energy consumption ranges between 5,000-20,000 kWh per annum depending on the model and how frequently it’s used. I would imagine Pret’s are used almost continuously, daily. Pret managed to reduce energy expenditure in 2019 by 5% but considering we are in a climate and ecological crisis, this needs to be increased. They did sign-up to the ‘Net Zero Roadmap For The Retail Industry’ and it will be telling whether this is merely greenwashing or whether effective actions comes from this alliance (KFC, McDonald’s, River Island, Missguided and Boohoo are among some of the supporting retailers…).

The Pret Coffee Fund was set up in 2014 to build long-term relationships with the farmers producing their beans. This began in Peru, where a course to “educate, inspire and support” young farmers was developed aiming to implement sustainable farming practises and provide technical farming support. However, despite reading non-Pret sources noting that Pret had Fairtrade coffee, I couldn’t find any information about what wages they pay the farmers on their website or Environmental, Social and Governance (ESG) reports. But they did tweet back in 2019 that they pay their cooperatives equal or above the Fairtrade price. This isn’t specific or formal enough - why isn’t this information available on your website or ESG reports Pret?

To help make a liveable world we need to look out for each other. I believe Pret really embodies this through their charity work. Pret set up their own foundation in 1995 to help alleviate poverty, hunger and homelessness. Part of this scheme is the Rising Stars programme that seeks to provide a new start to those without a permanent address or who have a criminal record. They provide housing (The Pret House), travel and training to work at Pret as well as weekly support groups. The programme has trained and offered jobs at Pret to over 500 people since beginning in 2008. Although this is a good start, and better than most companies, I think Pret should try to make this programme larger and impact more people. They say social inclusion is a top priority for them, and so Pret have training development pathways that can aid any Team Member to become the CEO, as was the case for Pret’s current CEO. Additionally, they have set up a Global Culture team and a Diversity, Equity, and Inclusion committee (USA) as well as taking surveys and holding roundtables with the aim of listening to experiences and affecting strategy. The median gender pay gap was 0% but the mean was 6.9% in 2020, meaning women were paid less than men on average. Although, this is better than the rest of the UK, which was at 14.9% in 2020.

Overall, I have to say I’m pleasantly surprised with how sustainable Pret appear to be, despite what a large company they are. They were pretty transparent about most information I had been trying to find, except for what Organic certification they held and how much they pay for their beans… as I am still curious about this, I had to tweet them. Other than this, I hope they continue to lead green innovation in the food-to-go sector!