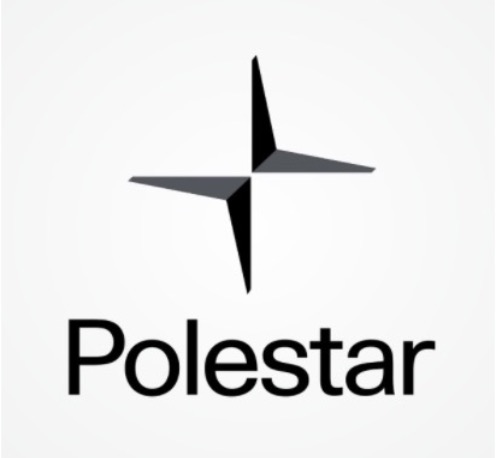 Polestar is a Swedish car company that is redefining electric vehicles. Polestar’s drive and ambition to provide a sleek, environmentally friendly car while simultaneously prioritizing a more sustainable future is what sets this company apart from its competitors. This company is what every other car company should embody: prioritizing the environment first and holding themselves accountable. Polestar has an overall rating of 2.25 planets because they are paving the way to a better future; however, there are still some improvements that need to be made. Given Polestar's transparency and confidence in a greener future, their ability to make those improvements should not be hard for them.

Polestar was founded in 1996 and was initially a manufacturer for race cars that would assist Volvo in winning the Swedish Touring Car Championship. In 2015, Volvo bought the performance division of Polestar so that they could help develop and improve Volvo’s performance. In 2017, Polestar shifted its focus to an electric performance car brand with sustainability at the forefront of the company’s mission. Polestar 1 was the company’s first hybrid vehicle. The car has one gasoline engine and three electric motors with an electric range of 52 miles. Polestar 2 is the company’s first fully electric vehicle (EV) built to suit maximum comfortability, performance, and sustainability. Polestar partners with Bcomp, a company that has replaced conventional materials with flax to replace plastic panels. Bcomp designs 3D-knit material from plastic bottles for Polestar’s seats as well as using discarded fishnets for the carpeting. There are two different Polestar 2 EV’s available for purchase: the long range single motor and the long range dual motor:

Compared to the Tesla model Y EV, these two cars are less expensive for relatively the same weight, motor, and battery. What is unique about Polestar, which should be the norm for every car company, is that every part of their mission, from extracting materials to building the car to recycling the car, is thought of with one overarching goal in mind: a climate-neutral future. For example, the company posted on their website that the Polestar 2 Long Range Dual motor variant has a carbon emissions value of 26.2tCO2e and traces the risk material of cobalt.

Polestar is extremely dedicated to incorporating any and all sustainability measures into their everyday operations that will provide a greener future for our society. Three of their main goals are to have a climate-neutral car by 2030, build better batteries, and ensure responsible resourcing. They are dedicated to achieving these goals by focusing their efforts on climate-neutrality, circularity, transparency, and inclusion. Given their reporting on their website and in assessments, Polestar is achieving these goals already. Polestar wants to create an electric vehicle by 2030 that will completely eliminate all carbon emissions instead of relying on carbon offsets, such as planting more trees. By 2040, Polestar plans to make this initiative company-wide. The company also wants to create a circulatory system within their processes that will mean their cars will contain more recycled materials, last longer, and are utilized to a higher degree.

I gave this section a 2.75 because Polestar is putting in the effort to transform the premise of their company into a sustainable EV company. The reason why 0.25 was eliminated for this section is because Polestar was once a manufacturer for race cars not too long ago. While Polestar is dedicated to the goals they set out to achieve, the fact that they once contributed to a less greener world should not be ignored.

During the 2022 Superbowl, an event that is watched by millions of Americans and others around the world, is notorious for airing clever and witty commercials. Polestar 2 was one of those companies that utilized their 30 seconds of air time to make a bold statement. Some of their bold statements, targeting other companies such as VW and Tesla, are listed below:

“No hidden agenda” applies to their dedication to always recording the carbon footprint of their cars. This can be seen in the Life Cycle Assessment (LCA) report that reviews the Polestar 2 in comparison to Volvo XC40. They are also working with Circulor, a blockchain manager, that will help them with their supply chain management and specifically helping in tracking cobalt throughout their entire supply chain - they want to keep themselves accountable by having a third party company detect changes in this supply chain. Furthermore, in both the website and in physical Polestar spaces, there are sustainability declarations written, which also disclose the car's cradle-to-gate carbon footprint and the recycled materials used.  Although the report is lengthy and requires a decent amount of context, the fact that they release all of this information on the car’s footprint is more than enough to prove that Polestar is dedicated to remaining transparent.

“No empty promises” can be seen through Polestar’s open and honest ambition and communication about the Polestar Precept car releasing in 2024. This car is a step forward in sustainable design and technology compared to Polestar 2. One way they are pursuing this goal is by using fabric from 100% recycled PET bottles and knitting this into the interior with precision, so that there is zero waste.

“No greenwashing” is a bold statement given that other car companies were accused of greenwashing. By stating this, Polestar is essentially setting in stone that their car will be carbon neutral by 2030, halve their emissions by 2030, and be a climate neutral company by 2040.

“No conquering mars” is a direct reference to Tesla’s CEO, Elon Musk's, grand plan to colonize mars. Polestar made it clear that they are not focused on conquering another planet and disregarding efforts to make Earth more of a liveable planet.

“No dieselgate” is another reference to the car company, VW, that purposefully created two modes to their car: one that abides by clean air policies and one that goes past legal limits. This is another prime example of greenwashing and how the consequences of lying about environmental solutions is not only socially unacceptable, but has legal repercussions too.

When I first watched this commercial and knew nothing about Polestar, I knew that for them to have all of these bold statements means that they were ready for any critique and criticism coming their way to validate their statements. Everything this company claims is backed up on their website or in reports. One of them is their Life Cycle Assessment (LCA) report. The LCA report evaluated the current carbon footprint of Polestar 2 BEV compared to Volvo XC40 ICE. There are three important conclusions that can be drawn from this report. The first is that for Polestar 2, the electricity source during the use phase, manufacturing and production is the key component that impacts the overall carbon footprint of both the dual and single motor cars. If global electricity mix is used, then the overall carbon footprint will be higher, compared to wind energy. The second is that the materials production and refining process of Polestar 3 is so high because of the addition of lithium-ion batteries. Mining for lithium, just as for mining any other minerals, causes habitat destruction and financial/ethical strain on communities in those mining regions. However, other areas during the cradle-to-grave method are so low that the overall carbon footprint is still much lower than the XC40. The final conclusion is that for the Polestar 2 to “break-even,” the car needs to drive 112,000km (if global electricity mix was used), 78,000km (if EU electricity), and 50,000km (if wind power was used). Break-even is defined by the distance that the GHG emissions of the materials production and refining process are outweighed by lower emissions in the use phase. Toward the end of the LCA report, Polestar included a list of all of the materials used during the production phase and even included the source of those materials. Furthermore, there is a section in their website that states that customers must consult Polestar’s customer support to receive details on how to dispose of batteries since it has to be recycled in an environmentally sound manner.

To show that not only the cars themselves are sustainable, Polestar ensures that their spaces are also contributing to a greener future. The manufacturing plant located in Chengdu, was built in order to achieve gold status in the Leadership in Energy and Environmental Design (LEED) ratings. A Norwegian architecture firm named Snøhetta wanted to visually represent Polestar’s detail-oriented, minimalistic design in their cars to a manufacturing space. To also add to Polestar’s transparency on all company operations, this manufacturing space also includes a mezzanine that is open to the public to experience the production of Polestar vehicles.

I gave this section a 3 because this company is extremely transparent and very confident that their process is the best for the environment and the people who encompass it. The statements made during their Super Bowl commercial were bold, which initially made me skeptical, but I found that they have the ability to back up these statements with honesty.

Polestar is headquartered in Gothenburg, Sweden, with a very futuristic, minimalistic design that represents the company’s mission to get straight to the point. Polestar’s production factory, opened in 2019, is located in Chengdu, China. There are multiple other offices located in China, North America, United Kingdom, Belgium, Netherlands, Norway, Germany, and Switzerland.

According to Polestar’s 2020 sustainability report, there were 679 employees, 69% men and 23% women concentrated in EMEA and Asia. At the Chengdu Production Center, employees were able to take part in training programs that covered different topics such as sustainability, environment and occupational health and safety. The CEO of the company is Thomas Ingenlath with 24 board of directors. There are a lot of forward thinking designers who are a part of the process of making Polestar a brand known for their electric vehicle sustainability. The head designer of Polestar, Maximilian Missoni, is intent on enjoying the design process that will incorporate a carbon neutral future.

In 2021, Polestar held a design competition with the purpose of designing how Polestar handles societal progress with solutions that address issues such as climate change. I appreciate Polestar’s willingness and want to branch out to designers all over the world to get them involved in helping Polestar move forward not only as a company but as a mission.

I gave this section a 2.50 rating because while Polestar is different in the way that they get a multitude of people from around the world to be so heavily involved in the progression of this company, there is an uneven distribution among men and women within this company. I also believe that there should be more visibility to their DEI commitments in their LCA report and on their website.