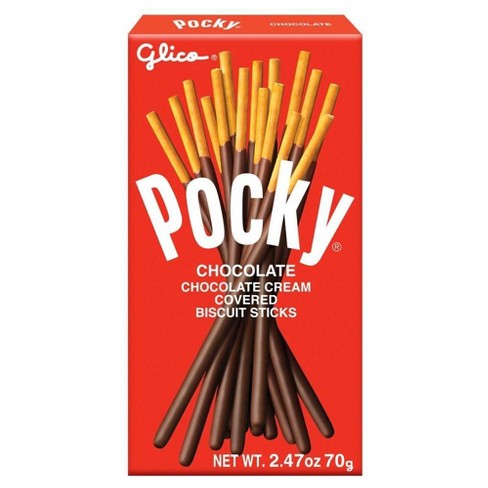 From a young age, Pocky was a snack I always brought to school and reluctantly shared with my friends when they asked. Pocky have become ingrained in pop culture, and there is no denying its popularity around the world. The world’s love for Pocky made me wonder if something so popular could possibly be sustainable or even transparent in their practices. Unfortunately, I could not find a lot of information on where the company, Glico, sources its ingredients, how they treat their workers in the 12 global locations they have, or any effort they are making to become a more sustainable company. The demand for Pocky allows the company to hide information from consumers because the idea is that no matter what they do, people will still buy Pocky to eat. It’s hard to even imagine walking into an Asian market and not seeing Pocky boxes on the shelves. The problem I found myself facing is that because Glico does not provide any information, I was unsure of what questions to ask and what improvements I want to see besides being more transparent. This is why consumers hold a lot of power in questioning products and the companies behind them. Only we can pressure Glico to become more transparent.

According to the nutrition label on the product box, Chocolate Pocky are made up of wheat flour, sugar, chocolate liquor, a blend of sunflower oil and palm oil, whole milk powder, vegetable oil shortening, cocoa butter, salt, artificial flavors, yeast, and soy lecithin. Unfortunately, Pocky’s website does not given any information on where they source their ingredients. The Glico website shows the global headquarters that might suggest where some of their products are made, but this is no where near the transparency we need. Doing other research online to find websites not associated with Glico was difficult as well, suggesting that few people have looked into the sustainability of Pocky and the company behind it. Palm oil has been known for large-scale, unsustainable practices because it causes major deforestation in tropical rainforests and loss of biodiversity. Since Glico does not say anything about sourcing sustainable ingredients, we cannot assume that they are doing so.

The Pocky website claims that at the beginning of Pocky, every individual stick was dipped in chocolate by hand and packaged, but now, things have taken a modern turn for efficiency. Glico manufactures about 500 million sticks in more than 50 different flavors per year. In a short video on Glico’s website, the inside of the factory was shown, as well as a brief time-lapse of the production. The factory in what seems like Japan looks more like an aesthetic office building, which I thought was quite interesting. There are huge vats of the biscuit dough that are churned into funnels that flatten the dough, and it is sent through machinery that separates it into thin lines. After being baked, they are separated into even sticks on the conveyor belt. The video did not show the industrial ovens being used, but whether they were gas-powered or electric ovens, it must use a lot of energy. It would be great if Glico could inform us about their plans to make their factories more sustainability and what they are even doing now. The sticks are then transferred to a holder that dips a bunch of the stick into the melted chocolate at once and puts them back on the conveyor belt. Only a certain amount of stick are grouped together into the plastic packaging and then put into the famous red cardboard box that we all recognize at shops. It seems like the entire process almost relies fully on automated machinery, and only a few people showed up to supervise or move the crates of Pocky onto trucks. The production of Pocky does not seem to be very harmful, but because Glico does not disclose where they get their ingredients from, it makes it impossible to see the whole picture and hold them accountable.

Pocky was created by a Japanese company, Ezaki Glico Co. (Glico for short). The company began in 1922, but Pocky were not created until 1966 and became an instant hit for its taste and unique design that prevented consumers from getting chocolate on their fingers. Glico’s website gives extensive information about the founder, Mr. Ri-ichi Ezaki, who found that oyster broth contains a lot of glycogen, which had helped his son overcome symptoms of typhus. this pushed him to find a way to spread glycogen into other food products, creating Glico’s objective to “enhance health through food.” Glycogen is a readily mobilized storage form of glucose and serves as a form of energy storage in animals, fungi, and bacteria. However, when trying to find out if Pocky has glycogen, I was unable to find an answer. Many health eating websites explained that eating certain fruits, starchy vegetables, and whole-grain foods are the best way to in take glycogen, so even if Pocky does have glycogen, I doubt it would be healthy. I feel like Glico’s motto of ""enhancing health through food" is misleading, and even if they don’t heavily market their products based on health, they should clear up their story and explain what Glico is doing now with their products. Another issue is their lack of effort to be environmentally aware. Under their philosophy page, they have a Code of Conduct, which all sounds nice, but they don’t have any evidence to back it up. It’s like Glico just expects consumers to take their word and assume that they are doing everything listed in this Code of Conduct. Number 4 is that Glico will "promote environmentally-friendly corporate activities," which doesn’t explain much. I urge Glico to be more transparent and provide consumers information that goes beyond their products.