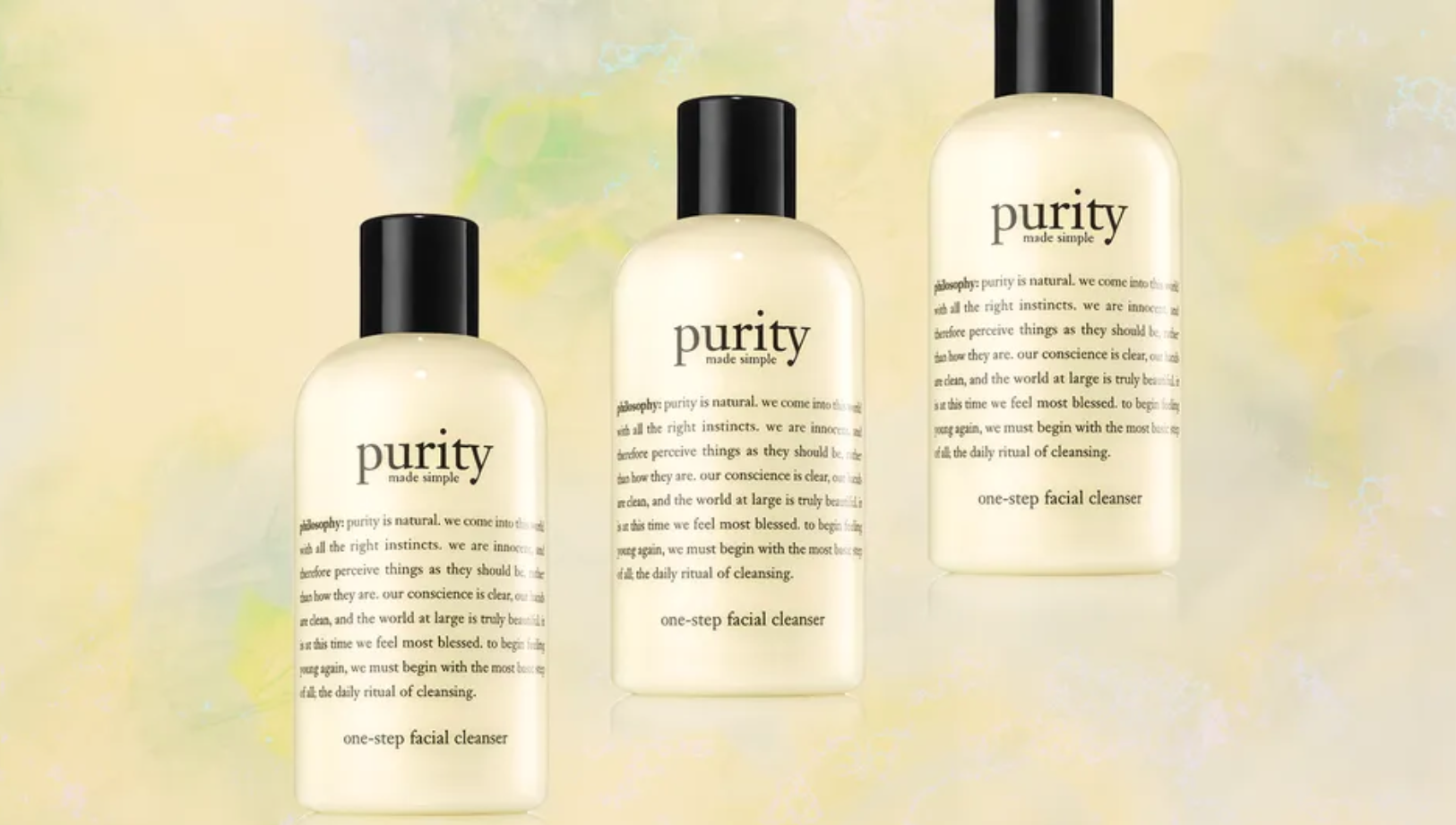 Many people use face care products as part of a daily routine, but many products we use are harmful to ourselves and the environment. I used to use a lot of skincare products myself until I realized how damaging they are to your skin and the environment. While many products display their ingredients to consumers, we do not know where the ingredients came from, if they are sustainable, or if they are eco-friendly. Philosophy's Purity Made Simple Cleanser awards itself as being the #1 facial cleanser in America. The product was updated to be made without using parabens, phthalates, formaldehyde, sulfates (SLS and SLES), which in all seems good to the consumer. While the company has made efforts to reduce their environmental impact, they still use certain chemicals and plastics that are harmful to water systems and people who use the product.

Like a majority of face washes on the market, many use special oils and chemicals that lift dirt and oil from the skin without damaging it. In this product, most of the ingredients have little impact on the environment. The product does however use microbeads, fd&c yellow no. 5, Polysorbate 20, and Chlorphenesin, which are all harmful ingredients.

Microbeads are a well-known plastic additive that are used in just about everything. They can be found in body scrubs, face wash, toothpaste, soaps, etc. While they may benefit as an aid in cleaning, they are one of the worst forms of plastic. When they are washed down the drain, they pass through filtration systems and enter waterways. Once there, they absorb toxins from the water and end up in the food we eat, the water we drink, and in the stomachs of animals. In the U.S, the Microbead-Free Waters Act of 2015 prohibited the manufacturing, packaging, and distribution of rinse-off cosmetics containing microbeads. This new law also applied to products that were both cosmetics and non-prescription (also called “over-the-counter" or "OTC") drugs, such as toothpaste. While the law prohibited products to be made with microbeads in the U.S., companies started manufacturing in countries where it is legal to use microbeads.


When Polysorbate 20 comes into contact with water, it releases the compound ethylene oxide. Ethylene oxide will sterilize most materials for medical devices. However, because ethylene oxide is deemed a potential human carcinogen and reproductive toxicant, its use is limited and controlled. The chemical has side effects in skincare that result in developmental and reproductive toxicity according to animal studies. During these studies, moderate doses were linked to skin irritation. The chemical was found to be toxic in large amounts when ingested. As it enters waterways, it is hard to remove and disposal down drains should be avoided.


Chlorphenesin is a popular compound used in the cosmetic industry because of its antifungal properties. Despite being popular in the cosmetic industry, research has found it can cause dermatitis, dry skin, and allergic reactions. Research has also shown that Chlorphenesin can depress the central nervous system and cause respiratory problems such as short or shallow breath amongst infants. The compounds released from chlorphenesin include parabens, Phenoxyethanol, and chlorphenesin, which have all been reported to be toxic to corneal and conjunctival epithelial cells, the liver, and kidney, as well as to irritate the eye.


Fd&c yellow no. 5 was proven to be a toxic additive by the FDA and top researchers. Yellow 5 doesn't pose an immediate threat to us, however, research does suggest that this dye may harm cells over time, especially when cells are exposed to greater amounts than the recommended intake.


While a majority of the ingredients are sustainable and non-toxic, a few are.

The packaging is recyclable but is not made from recycled materials. The bottle consists of two different types of plastic. Assuming that the bottle is clear PET plastic, and the cap is high-density polyethylene (HDPE), if thrown away together or with product still left inside, the plastic would be deemed non-recyclable. In regards to animal safety, Philosophy as a company does not test their finished products or ingredients on animals, but it was found that they pay others to test their products on animals. This means that Philosophy is not cruelty-free. On their website, they state that it is uncertain that their ingredients are tested on animals, if their suppliers test on animals, and that their products are tested on animals in places where it is required. In short, Philosophy brand products are not vegan, and are not cruelty-free.

Philosophy is a USA brand owned by multinational beauty company Coty Inc. Their products are manufactured in the USA, while their ingredients and packaging are sourced globally. The CEO Cristina Carlino, is not forth giving about the conditions in which her products are produced, or who is making them. I researched extensively to try to get information about the working conditions, but I could not find any articles about it. As they are manufactured in the U.S., I would expect that the working conditions are safe and that their employees are treated fairly, but one can only hope.