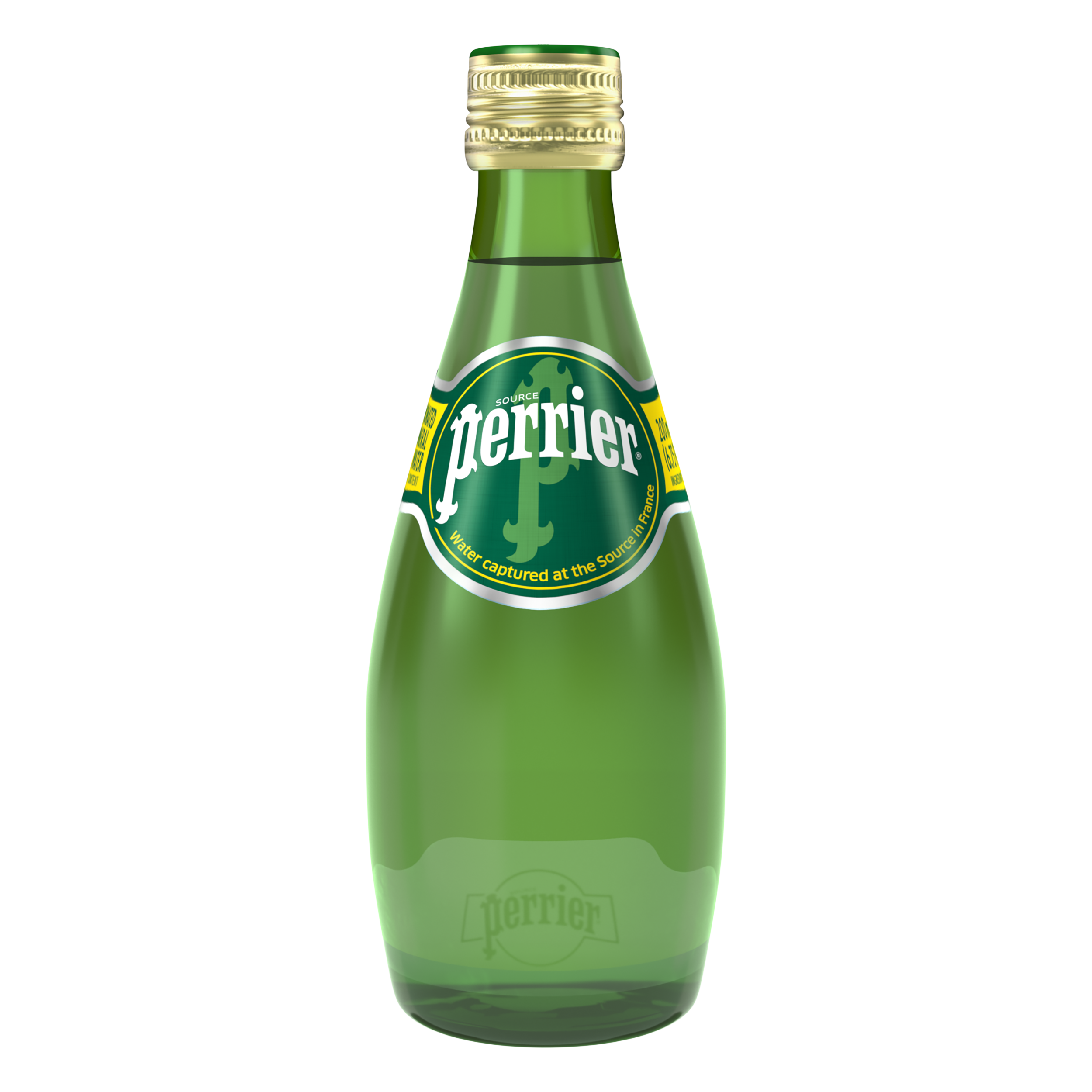 Famous for its signature green color and teardrop-shaped glass bottle, Perrier water is one of the best-selling carbonated waters in the world. It has been sold in 140 countries and its sales count up to over 1 billion bottles each year. The original flavored Perrier is suitable for everyday use just like tap water, while there is a variety of fruity flavors to attract all kinds of soda and cocktail lovers. Perrier is best known for its naturally occurring carbonation which is usually higher than its peers. Moreover, it has been marketed as a symbol of taste and class in recent years as I often see them in the hands of celebrities and business elites. It seems to me that Perrier is making some decent efforts to be sustainable and eco-friendly, such as preserving the water bed where they source from and investing in biodegradable packaging options. However, Perrier definitely has more responsibility to the global environment than they currently commit, and I think their sustainable approaches should extend beyond what only matters to their business. Therefore, I remain skeptical about the real outcomes of Perrier’s sustainability statements and will closely observe its footprints in the future.

According to the company website, all Perrier products are natural mineral water captured in Vergèze, located in the Gard department of France. The spring where Perrier sources its water is naturally carbonated by volcanic activities in that region. The local geology also infuses the water with certain minerals like calcium, sulfates, sodium, and etc. Perrier claims that those minerals are beneficial to the human body and incorporates this into the marketing strategy; however, all carbonated water is defined in U.S. Law as Food of Minimal Nutritional Value since the concentration of these minerals is extremely low. Apart from nutritional values, I also wondered whether the acidity of carbonated water would cause any damage to health, such as bone or teeth damage. There was no relative information on their official website, but I found on the internet that even though carbonated mineral water is slightly more erosive to teeth than non-carbonated water, it is only about 1% as corrosive as soft drinks are and only slightly more erosive than tap water. A study conducted by the American Dental Association in 2017 shows another promising fact that although seltzer water is more erosive than tap water, it would take over 100 years of daily drinking to cause damage to human teeth. Since all Perrier products either contain natural flavoring or no flavoring at all, I assume they have minimal to no impact on human health.

All Perrier products are sourced and bottled in Vergèze, France. The spring from which Perrier water is sourced is naturally carbonated. Both the water and natural carbon dioxide gas are sourced from the spring and captured independently. The water is then purified, and during bottling, the carbon dioxide gas is re-added so that the level of carbonation in bottled Perrier matches that of the Vergèze spring. Perrier conducts extensive quality checks multiple times a day in their factory to ensure the safety and unique flavor of their water. The packaging of all Perrier products is promised to be 100% recyclable glass and PET plastic. However, the official website doesn’t disclose any further information about how the bottles are recycled, neither does Perrier have any policy that encourages bottle trade-ins. For example, instead of manufacturing a tremendous amount of glass bottles every day, they could have launched a refill service that allows consumers to bring in empty glass Perrier bottles for refills, or collected empty ones and reuse them. The good news is that Perrier is acting as an incubator by supporting innovative startups and NGOs who focus on inventing greener packaging solutions. It will invest up to one million euros in three projects including biodegradable plastic and re-usable flexible keg, due to be launched by 2025.

Perrier is a French brand of naturally carbonated mineral water established in 1898. It was part of the Perrier Vittel Group SA, which became Nestlé Waters France after the acquisition of the company by Nestlé in 1992. Nestlé Waters France also includes Perrier's major competitors such as Vittel, S.Pellegrino, and Contrex. Perrier’s sustainability report demonstrates the effort to protect the water table in Vergèze by collaborating with local NGOs and government authorities. In 2020, that conservation has been further expanded through the Etablissement Public Territorial de Bassin Vistre Vistrenque: a continuous collaborative process to help safeguard the region’s water resources. However, I doubt the real impact of these actions because Perrier still conducts extensive geological and water assessments in the area which may cause damage to the water table and soil, while not being mentioned in the report. In addition, Perrier only commits to water preservation in Vergèze, France, ignoring the option to extend beyond their current goals to help the global clean water in general. While Perrier is a cross-national brand with a great profitability and market share, I do not see any of their effort of global clean water protection, even just to educate their consumers or raise supplier standards. On the other hand, Perrier made an ambitious statement of becoming carbon neutral by 2022. In order to achieve this goal, they are going to reduce and minimize carbon emissions across the entire chain from packaging design, production, to the products’ end-of-life. With this being said and 2022 is approaching in less than 5 months, no detailed actions or adaptations to the above standards are shown on the report which reduces their credibility and makes me wonder whether they are just trying to greenwash themselves.