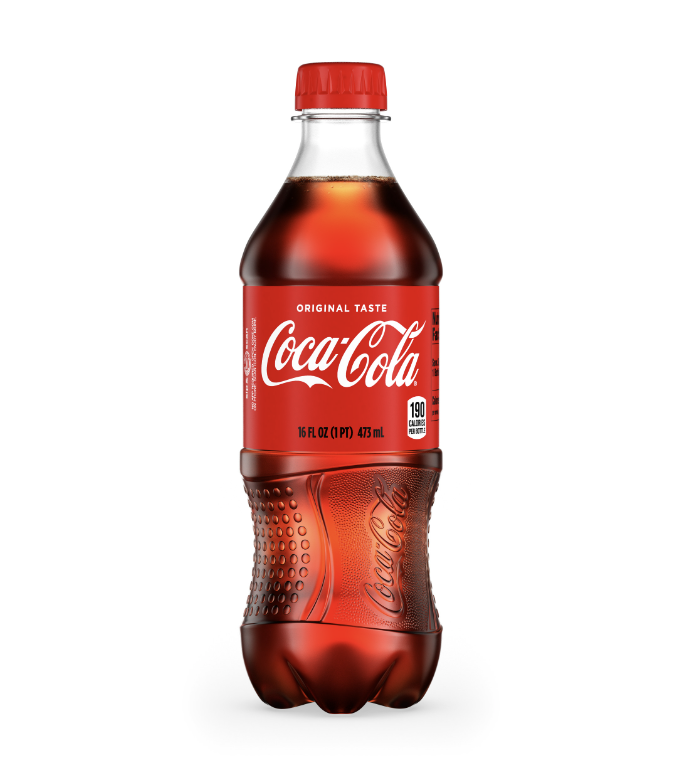 Coca Cola, being a multi-billion dollar company needs to step up their sustainability efforts. In a waste audit throughout 51 countries, Coca Cola was found to be the number one plastic polluter. They claim they value sustainability and are creating a circular economy, but their lack of progress says otherwise.

The ingredients in the US Coca Cola differs from those in the UK, both products heavy in sugar and unhealthy.

High fructose corn syrup is derived from corn starch with the use of three enzymes. The enzymes did not have a negative impact that I could find, but corn is substantially water intensive, 127 gallons of water to produce one pound of corn. Sugar cane is more water intensive- taking almost 9 gallons of water per teaspoon(.009lb) of sugar cane- all the while fueling deforestation in Brazil. There are more sustainable alternatives such as palm sugar that require little processing and the plant produces sap from 10-100 years. Caramel color is made from sugar cooked at high heat and pressure dependent on the wanted viscosity. It is likely that this is the same sugar used and is water intensive. It seems like an unnecessary waste of resources and energy. Phosphoric acid is often added to carbonated beverages to give a more tangy flavor and is a preservative. A large intake of phosphoric acid has the potential to increase your body’s acidity, trigger kidney issues, and decrease your body’s utilization of nutrients. One study in the journal Epidemiology, found that drinking two or more colas a day, was associated with twice as great a risk of developing chronic kidney disease. Plus, phosphorus must be mined to create phosphoric acid, where runoff can pollute waterways while exposing workers to toxic pollutants.

Corn and sugarcane both require a substantial amount of water and fertilizer. It is not mentioned on Coca Cola’s sustainability page any initiatives to ensure the right amount of fertilizer is used. Excess fertilizer runs off into local waterways, causing algae blooms that lead to hypoxic conditions. In regards to corn, it is often grown through monoculture which degrades the soil quality and leads to runoff that can pollute local waterways. No-till, cover crop, and water irrigation practices should be used to decrease soil erosion, runoff, and keep more nitrogen in the soil. The company claims that 67% of their corn and 31% of their sugar cane is “sustainably sourced” but it is not clear what this entails, making me skeptical of their positive impact. Coca Cola claims they have reduced overall water consumption by 18% and replenished 100% of their water back to communities, but not to all to the aquifers they sourced from. Coca Cola does have a report with details of all of their water reduction projects which is great transparency, however, I am confused by how, for example, “conservation agreements to protect forests” equals replenishing 300 gallons of water. They explain further water reduction ambitions, but they are rather vague. Given Coca Cola’s vast network and resources, I expect more progress from this company. This includes a more ambitious carbon emission reduction goal. They successfully reduced their scope 1 and 2 emissions by 25% compared to 2010 in 2020, and are expanding this goal to a reduction of 25% compared to 2015 by 2030, this time including scope 3 emissions. I’m glad they are including scope 3 emissions, but given their resources, I think they could do better than 25% reduction. As of 2021, they only used 12% renewable energy from their total electricity emissions which is super low. I’m not sure how they are going to tackle scope 3 without much success transitioning to renewable electricity given that scope 3 emissions are harder to reduce than scope 1 and 2.

Coca Cola is attempting to create their version of a circular economy. The bottle is 100% recyclable, made of 100% PET plastic. They have a goal of collecting and recycling 1 bottle or can for each one sold by 2030. So far, they have reached a rate of 61% of bottles collected and recycled in 2021. With the help of Keep America Beautiful, they have donated 1 million dollars  to recycling bins, educational programs, and recycling infastructure in 1,400 communities in the US. They claim this to be to be equivalent to diverting 800 million pounds of recyclables. They have also invested in recycling infrastructure abroad in places like South Africa and Mexico. However, I am skeptical of how significant a 61% collection and recycled rate is because it was done with the help of Keep America Beautiful, who has other investors other than Coca Cola. In addition, Coca Cola is explaining how these efforts will build a circular economy, but they failed to address how plastic is not infinitely recyclable with current methods without high costs and high amounts of energy. Coca Cola has also developed a plant-based bottle prototype but it uses bio-ethanol from corn or sugarcane to decrease their oil dependence. They explain how their plant-based bottle technology recycles just like PET plastic. They also explain how they are building a commercial facility in Germany that uses side-streams from the wood industry to create bio-plastic instead of corn or sugarcane. This is important because a shift to sugarcane or corn would also negatively impact the environment as mentioned earlier. A way to repurpose waste is innovative, but would need to be done at a larger scale. Coca Cola should instead shift to reusable packaging/refill stations to lower their footprint and create an actual circular economy. About 20% of their global portfolio is in returnable or refillable packaging, with a goal of 25% by 2030, but this should be more ambitious if they really cared about sustainability.

Coca Cola sources its ingredients from over 5 million farmers across the globe. They are transparent with the suppliers of the top 80% of global spending for their 4 top priority ingredients, including sugar (sugar cane and sugar beet) and corn (high-fructose corn syrup). In addition, they have several policies regarding the fair treatment of workers. They have their suppliers checked by a third party to ensure compliance with their policies, although the third party is not listed, decreasing its credibility. The policies include “All children under 15 living on farms have access to schooling” and “Adhere to minimum age provisions for all permanent, temporary or seasonal workers in accordance with all applicable laws and regulations.” But what if the child can’t afford not to work even if they do “have access?” Or what if the country does not have strong child labor laws? Another policy is that “Farmer income and worker wages should meet at least basic income needs and, where available, be benchmarked against living wage estimates.” Why can’t living wages be benchmarked at all locations, not just “where available”? Coca Cola should have stronger policies to ensure the fair treatment of workers and that they receive a living wage.