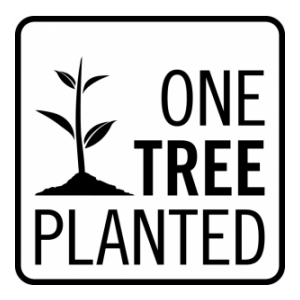 One Tree Planted is a charity with a mission of global reforestation. Reforestation refers to planting trees where they have previously grown in order to restore degraded environments and reverse forest loss. The benefits of reforestation include halting biodiversity loss, returning natural climate and water cycles to the region, and lots more. Since 2014, One Tree Planted has been planting an exponential amount of trees every year in locations around the world.
One Tree Planted is considered an ethical tree planting scheme, with well thought out projects resulting in minimal ecological damage and attempting to help local communities. However, it is important to recognize that this does not mean that net good is being done, as it is down to the partners supporting the charity to act sustainably in other aspects too. For example, Nestlé has partnered with One Tree Planted since March 2020, aiming to plant 3 million trees across the Americas, however there are still thousands of cases of deforestation linked to this corporation.

Each tree costs $1 to plant and maintain. Donations are pooled and go towards trees being planted at specifically thought-out locations that will have the biggest positive impact environmentally and socioeconomically to the locals. In 2020 alone 1,498 jobs were provided, and 29,318 families were supported. Some of the tree planting projects have broader restorative aims, however some are very specific, for example planting trees to protect a particular species like orcas or chimpanzees. The tree species that will be planted are communicated and justified.

An example of the work being done by One Tree Planted is the restoration of forests across North America after the wildfires and post-resource extraction. The projects are conducted with relevant partnerships, for instance the US Forest Service, so the habitats can be effectively restored. However, it is necessary for the root causes of the issues to be dealt with, such as climate change, which is increasing the frequency and intensity of wildfires, resulting in forests not being able to cope with natural regeneration alone. I am still unsure of how the specific locations are chosen. Ideally, those regions that are least likely to naturally recover after a wildfire should be prioritized, but I did not see evidence of how this was assessed or find the steps taken to choose particular locations. However, it is almost undeniable that artificial regeneration (planting/seeding) after a wildfire allows for greater control over the species selected, ensuring diversity, and can lead to better recovery as there may not be enough seeds left after the fire and planting seedlings can give a 1-5 year head start over natural regeneration. This case study makes me confident that the planting is only occurring where it is necessary and will lead to positive outcomes.

As well as actively planting trees, One Tree Planted also runs the T.R.E.E.S. School Program, which provides free environmental education to students and teachers alike. They also encourage businesses to support tree planting projects through donations and events. The Million Trees Challenge is currently occurring for California, which is looking for 100 companies to plant 10 000 trees to help the ecosystems recover after forest fires.

As mentioned previously, most projects are reforesting areas of land, however there are some projects focusing on afforestation. This means that trees are planted where they have not been previously. The main reason this is done is to provide an additional carbon sink, however it can be very problematic and result in a variety of problems such as the introduction of invasive species or biome modification. It appears that the One Tree Planted afforestation projects have considered the adverse impacts and are beneficial. For example, one of these projects is occurring in Iceland, where almost 98% tree cover has been lost since the Vikings arrived, due to deforestation and grazing of livestock. Due to the length of time since Iceland had tree cover, this project is considered afforestation. The project attempts to restore historic, native tree cover which will stabilize the soil which improves agriculture, reduces dust storms, minimizes Iceland’s carbon footprint, and improves water quality, as well as stopping desertification. The tree species planted are a mixture of native and non-native species, however the non-native choices seem justified as the native trees will make progress too slow due to their high mortality and lack of productivity. Looking at this project alongside others, it seems that the locations are well thought out and are chosen based on immediate issues faced, such as loss of trees or biodiversity e.g., Amazon rainforest.

The tree planting process consists of four phases. Phase 1 consists of preparation of the site; phase 2 consists of growing seedlings in a tree nursery; phase 3 consists of transporting the seedlings from the nursery and planting them; and phase 4 is the monitoring phase. The monitoring phase tracks the project progress through regular reports and photographs. There is a report as soon as the planting is complete and a year later. A number of key metrics are recorded including the number of trees planted, the species planted, the survival rate, the area being restored, the number of seasonal jobs created etc. I think that the monitoring could be improved by making a more long-term commitment and continue after the 1-year report, and the process could be made more transparent. The metrics being collected are good, however I do not think they are representative of the project if they are only collected for a couple of years after the project, especially survival rate and jobs created, and I think more metrics could be gathered to assess whether all the promised benefits are being achieved, for instance looking at soil carbon etc. However, I believe that One Tree Planted is also aware that they must improve their monitoring, as they are implementing better techniques, such as drone imaging.

Slightly different steps are taken when working with businesses as there is a greater variety of ways in which large businesses can contribute. Some examples of businesses working alongside One Tree Planted are Netflix, Adidas, and Facebook. Support from businesses is usually through the One-for-One model which can be done through many methods, such as planting a tree for every product or service sold, donating a percentage of sales, or setting up a recurring donation. Sports teams can also do similar things, such as donating after a win etc. One Tree Planted also helps businesses get involved with tree planting events.

Carbon offsetting doesn’t appear to be the main focus of the charity as there are no verified carbon credits for planting trees. Nevertheless, One Tree Planted estimates that 217824.4 tonnes of CO2 equivalent are sequestered annually through the projects, based on a 21kg/year average for mature trees. There is an option to donate to a carbon offsetting project in North America which protects mature forest, however I am unconvinced by this as I think there is too little additionality. The forests shouldn’t be cut down anyway, so I feel uncomfortable with companies feeling okay with emitting as they have “offset” their emissions through a forest that is already there.

The team seems to include many women in important roles, however after looking at the “Meet our Team” page I feel that there could be more racial and ethnic diversity, especially since the projects are taking place worldwide so it is important that everyone is represented.

I think that One Tree Planted are very transparent with their finances and how donations contribute to the projects. 80% donations go towards the projects and 20% are put towards operating costs, such as salaries. The operational costs have also been broken down in detail. The four phases were broken down to show how the $1 per tree figure has come about: Phase 1 ($0.10), Phase 2 ($0.60), Phase 3 ($0.15), Phase 4 ($0.15). I think that a lot of good can be done with every donation here, especially when comparing to organizations such as Treedom, where trees cost at least around €15.

Despite the financial transparency, I wish there was more transparency about the process and how all the promises being made are ensured. The various benefits that the projects can bring are listed, such as soil stabilization, water management, supporting locals, increasing biodiversity etc., however I did not find a clear plan or monitoring steps that explain how this is verified. I do not believe that the current monitoring in place is enough to ensure that all the aims are met due to reporting ceasing after a year after planting. Most importantly, I would like the local communities to be mentioned more – how were they involved in the project and how are they supported after the project has been completed? There is little mention of what training is provided, how the new jobs created are distributed, and whether the communities’ needs are at the centre of the project. I would like a greater focus on the communities affected by the projects.