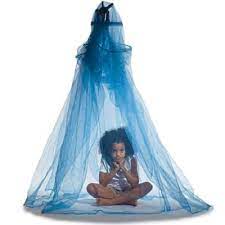 I first came across the Olyset Nets as part of my research into the Nothing But Nets campaign organised by the United Nations, the worlds largest grassroots organisation seeking to reduce malarial infections. Whilst Olyset Nets are only one of the many nets supplied by the Nothing But Nets campaign, they are the kind of nets that the charity is hoping to use more regularly. The Olyset Net, produced by the Sumitomo Chemical company, has protected nearly 800 million people from malarial infection since its genesis and continues to grow. There is no price for the net listed on the website (that could make it comparable to private/commercial nets), but the Nothing But Nets websites states that a $10 donation will send two bed nets to those in need, suggesting the nets are highly affordable for customers wishing to donate. The fact that these nets can plausibly be rolled out on a large scale suggests that they are extremely important in tackling the fight against malaria, and more broadly, poverty and inequality. As well as fulfilling an incredibly useful role, these nets appear to me to be reasonably sustainable. Whilst the raw materials are not yet as sustainable as they could be, I was really impressed by the initiatives taken by this company to improve its overall sustainability.

The Olyset Net is made of tough polyethylene fibres and covered by a type of pyrethroid insecticide called ‘permethrin’. Polyethylene is the world’s most widely used/produced polymer and is derived from natural gases. The natural gas used to create polyethylene is extracted using a process called ‘cracking.’ Whilst this in itself is one of the less destructive methods of fossil fuel extraction, it is inherently unsustainable as it relies on limited natural resources. Whilst polyethylene is, in theory, recyclable, this is not that useful for this product; these nets are primarily used in more deprived regions where recycling facilities are rarely available, meaning that they will often end up persisting in the environment for many years, or in landfill. Covering this polyethylene net is the insecticide known as permethrin. The use of insecticide is very common in areas with high mosquito/malarial prevalence. Pyrethroid insecticides such as permethrin, are synthetic materials that simulate the insecticide characteristics of the chrysanthemum flower. Unlike many insecticides, they are not carcinogenic (meaning that something has the potential to cause cancer) and are only a mild skin irritant. Further benefits of this choice of insecticide are that if permethrin gets into the soil (for instance in the net washing process), it is broken down by microorganisms, and also it does not contaminate groundwater supplies. The only key issue I have with this insecticide is that it is highly toxic to fish and animals – this, however, can be mitigated by good washing and storing practices of the nets.

As mentioned above, the Olyset Nets are made using polyethylene, which relies on cracking to source its raw material. This is an energy-intensive process, but it remains less problematic than many methods of fossil fuel extraction such as oil drilling, both in terms of land used and pollution created. Furthermore, the issues created by fracking are somewhat offset by the durability of the net, which comes under the WHO categorisation of a “long-lasting insecticidal net,” suggesting that the net will last for a substantial period. I ranked the Olyset net quite highly in this respect due to the significant effort Sumitomo Chemical appears to be making in terms of reducing the environmental impacts of production. Whilst it is difficult to source the exact production process of the Olyset Nets, as opposed to their other products, in terms of their general manufacturing processes, Sumitomo Chemical’s website is impressively transparent about goals, both past and future, and successes as well as failures. Successes in improving the sustainability of the production process include reducing company greenhouse gases by 24% from 2013 to 2019 as well as reducing landfill waste coming from factories by 94% between 2000 and 2019. Again, my only criticism of the manufacturing process is that due to the scale of this company, production is spread out across many different plants meaning that the carbon footprint of transportation is high (although locations of individual plants are not shown, so it is hard to tell quite what impact this has). However, again, Sumitomo Chemical has risen to this challenge and has pledged (and achieved in many ways) an improvement of the efficiency of transportation modes; they have achieved a 0.5% decrease in energy consumption from logistics/transportation in the previous 5 years (a statistic that would have been substantially more impressive had there not been works needed on one of their projects which led to cargo being redirected). Although transportation remains a problem for this global company, they appear to have a genuine intention to solve this issue.

In terms of who the Olyset Net is made by, I have struggled to find fault with this company. It has coherent and transparent policies regarding working conditions and has been commended by many national and international certifications for worker standards that it has achieved. For instance, the Sumitomo Chemical management processes have a strong focus on human rights, as evidenced by the formulation of the Sumitomo Chemical Group Human Rights Policy in April 2019; this is based on many internationally renowned sources such as the Universal Declaration for Human Rights, which lobbies for the improvement of conditions within the company. As well as having a far-reaching ethos of high standards for workers, Sumitomo also operates a ‘bottom up’ policy of improving standards, with worker education being carried out to improve safety and make clear what individual rights workers had. As evidence of this, I found it really easy to access the whistleblowing channel to report health and safety/misconduct breaches in Sumitomo Chemical workplaces, which suggested to me that the company does in fact achieve high standards of transparency and integrity. The company has achieved OSHMS (Occupational Safety and Health Management System) certification at all of its worksites (meaning it meets international standards for health and safety). The only fault I could find in this category was that in 2019 they hadn’t achieved their goal of lowering the frequency of days lost to injuries to under 0.1. However, this information was easily accessible on their website, and they had recognised this failure and taken action in certain factories to improve standards, suggesting that this company has genuine intentions (as well as the capacity to follow through) on ensuring worker conditions are high.