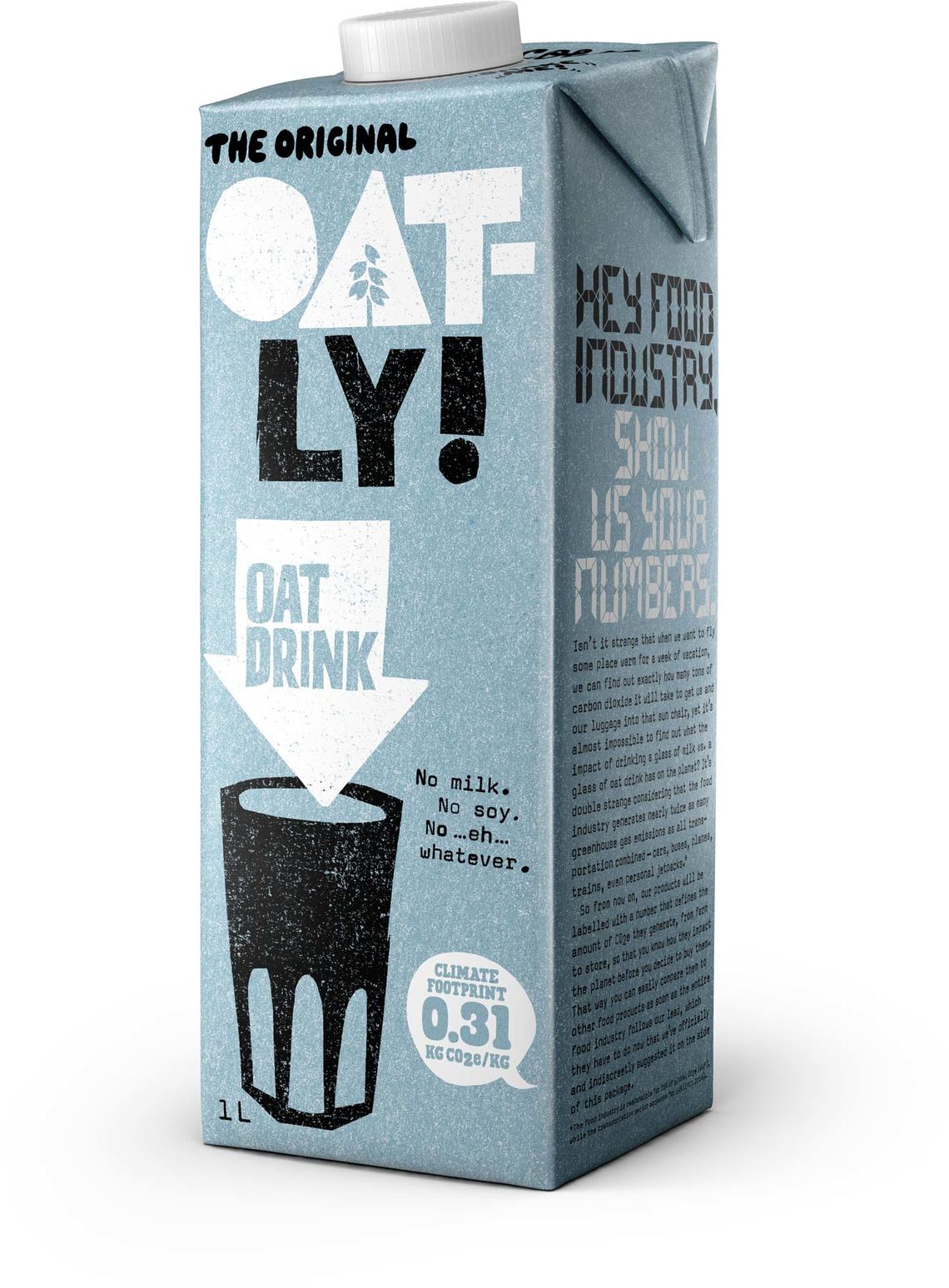 Swedish oat milk brand Oatly has taken the world by storm by revolutionizing milk. With sales of over 1.8 billion USD in 2019 (almost 500% increase compared to the last few years!), Oatly has been expanding its market to more than 20 countries worldwide. Oatly also has a vast range of products available - flavoured milk, latte, bread spread, yoghurt, and ice cream. In this review, I am going to focus on the Original Oatly Drink. Oatly’s ingredients are not entirely organic, but they still outperform traditional dairy milk in terms of carbon and water footprint. Although its production leaves a substantial carbon footprint, Oatly has been transparent about it and proposed multiple solutions. One hesitation you may have is its big price tag–4.99 USD per 64 oz carton from Target–but all in all, I would still recommend it to environmentally conscious individuals like me and you.


Resource usage is more effective since inputs are directly invested in the oats instead of going through multiple layers before reaching the actual milk- irrigation on cow feeds, water to clean and hydrate cows, and water during milk manufacture. However, only 11% of oats are farmed organically. What this entails is that large amounts of agrochemicals, including toxic pesticides and fertilisers being used. Excessive fertilisers being washed into nearby water bodies causes eutrophication, a condition where fertilisers fuel the growth of algae to the point that they suffocate other aquatic creatures. Chemical pesticides, similarly, cause environmental contamination. The other major ingredient listed on the blue carton is rapeseed oil. They are added to blend water and oats, giving their creamy texture. However, 90% of the global rapeseed are genetically modified. Not only do GM rapeseed reduce biodiversity, but also harms social equity. The monopolisation of the patent seed market edges small breeders and farmers out of the agricultural business since patent seeds are sold at a high price.

Transport
One aspect of Oatly’s major carbon footprint comes from transportation. Because of expansion in product development, their factories in Sweden could not keep up with the demand; Oatly outsourced nearly half of its production to factories in the EU and the US, contributing to excessive CO2 emissions during shipping and flights. In recent years, Oatly has converted a couple of their vehicles to electrically driven trucks, decreasing 87% of their emission driving between their factory and warehouse. Although any attempt in reducing transport’s climate impact at a local scale should be applauded, reducing transport climate impact at an international scale (e.g.setting up production sites in Asia to cut down travel distance) is equally, if not more, important.

‍
Packaging
The majority of the packaging is made of plastic-coated paper, which takes at least five years to decompose. On the other hand, all caps are made of plastic, which takes at least 450 years to decompose. Plastic debris in landfills leaches chemicals that pollute the soil and groundwater. To compensate, Oatly is planning to introduce refillable bottles to reduce waste. Oatly also turned to technological solutions of extending the shelf life of the drink. The milk can be stored at room temperature for a longer period before getting spoiled, reducing consumption due to reduced food waste.

Labour Conditions
While Oatly elaborated a lot on their actions to maintain an environmentally friendly supply chain, they rarely mention the social aspect of production. The working conditions of farmers and factories are not closely monitored. Oatly only looks at the environmental sustainability of audits and suppliers, while social sustainability is not required. The loophole may be abused by corporations where workers have to work in unsafe environments or work long hours. It would be great if Oatly could demand their suppliers to provide reports on labour conditions, so concerned consumers like us could have peace of mind.

Oatly is generally an environmentally conscious company aiming to create a more sustainable food industry by shifting consumption choices. Apart from the actions mentioned above to reduce CO2 emissions, as part of its campaign “Hey, food industry: show us your numbers!”, Oatly started including carbon footprint labels on their products. Just like what we would do with the nutritional content, carbon footprint labels act as a visual reminder for consumers to make environmentally conscious food choices.

Recently, Oatly has been accused of “selling its soul” by transferring 30% and 10% of its shares to ‘unethical corporations’ China Resources (2016) and Blackstone (2020), respectively. China Resources has been investing intensively in coal power plants, while Blackstone supports Amazonian deforestation. Oatly immediately defended itself against unethical claims:

"It's actually all about sustainability opportunities—this investment will help us drive the plant-based movement further, and steer global capital in a more sustainable direction."

Can Oatly choose a more reputable investor? Probably. However, we have to bear in mind that sustainable brands, especially those of small-to-medium-sized like Oatly, depend on the initial investment boost by big corporations to expand their scale large enough to make widespread changes. This highlights the challenges of ethical businesses. It is difficult to shop purely based on ideology in this profit-driven capitalist market since investment and production often come at the environment’s cost. I find it unfair to ‘cancel’ a brand just because of its investors. As long as Oatly is using the money for sustainable causes, I would still rate Oatly a reasonable score.