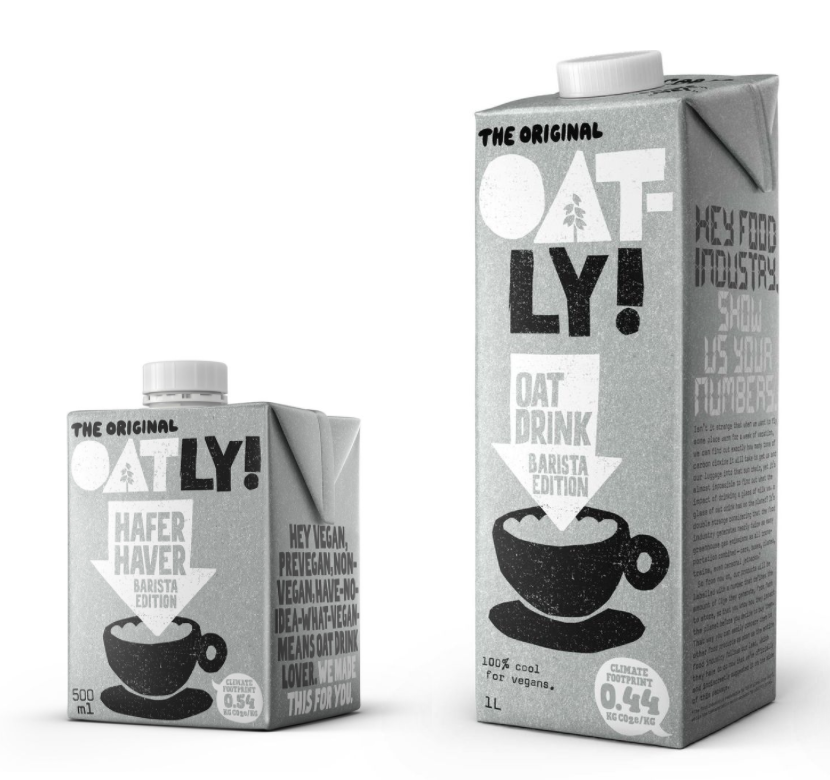 As a person with severe lactose intolerance but still loves coffee, I have been a loyal customer of the OATLY Oat Drink Barista Edition myself. The reason I chose Oatly in the first place was largely due to the company’s highlight on sustainability and eco-friendliness. However, after this careful examination, I am a little disappointed at the company itself but still satisfied with the ingredients and manufacturing of the actual product. It must be acknowledged that Oatly does try hard to use sustainable ingredients and keep the production process transparent, but I see a conflict in its need to expand business and effort to stay sustainable. Since Oatly is a $2 billion-worth company, I think it certainly has a choice to choose a green fund, such as Triodos Investment Management whose primarily focuses on renewable energy and sustainable agriculture, to fulfill its promises to customers instead of simply taking money from Blackstone and accepting the probability that their money might eventually go to deforestation programs.

The OATLY Oat Drink Barista Edition (oat milk) has a rich, neutral flavor and a dairy-like consistency, making it an excellent dairy milk alternative for latte lovers. It is made of oats, water, rapeseed oil, calcium, salt, vitamins, and acidity regulator (dipotassium phosphate). The source of all ingredients is properly disclosed on their official website, including the country of origins and suppliers. According to the company’s official website, the oats used to produce oat milk mainly come from oat farms in Sweden, where the government has incorporated a prolonged dedication to building sustainable agriculture into its national environmental policy since the 1990s. As a result, the use of nitrogen fertilizers, a major cause of water pollution and land acidification has declined by more than 14% between 1995 and 2014. So Oatly oat milk has relatively sustainable sourcing compared to other competitive oat milk brands farmed from North America.

According to BBC’s environmental impact calculator, the production of oat milk is way more eco-friendly than that of diary milk and other plant-based drinks, since “it produces relatively few greenhouse gases and requires relatively little water to produce — one-eighth the amount of water that almond milk production uses”. Using oats as a central ingredient rather than animal milk makes oat milk stand out to people with lactose intolerance (about 65 percent of the worldwide population). As a viable alternative to dairy milk, oat milk also attracts customers who are vegan or cannot drink almond milk due to nut allergies. In addition, the rapeseed oil used in the production of oat milk is promised to be non-GMO and minimally processed, which means they contain less saturated fat. However, the use of dipotassium phosphate as an acidity regulator may cause health problems for people with kidney, heart, and lung diseases, although this compound is generally safe for healthy individuals. Apart from the drink itself, the official website states that the packaging of this oat milk contains 71% sustainable materials (100% FSC-certified paperboard), which means 71% of total packaging is entirely traceable to the forest where it was grown and has been third-party confirmed as renewable and sustainably produced. The remaining parts are not currently made from sustainable materials, including the aluminum foil within the box and the polymer cap on top.

Oatly Group AB (Oatly) is a Swedish company specializing in vegan food and drink production with oats as the main ingredient. They have a range of products including oat milk, ice cream, yogurt substitutes, and custard. Oatly demonstrates a highlighted focus on sustainability, as Generation Z and millennials customers tend to favor items with positive societal and environmental impact. The company has committed to ensuring transparency throughout the entire production process, making it as sustainably and eco-friendly as it can. Upon filing for U.S. initial public offering in April 2021, the owner of Oatly said, “A liter of Oatly product consumed in place of cow’s milk results in around 80% less greenhouse gas emissions, 79% less land usage, and 60% less energy consumption”. However, in summer 2020, Oatly undergone a major thread of boycotting from its target customers on Twitter, shortly after it received a $200 million investment from Blackstone in exchange for 10% of the stake. This private equity firm has been notoriously known for facilitating Amazon deforestation because it owns a stake in Hidrovias do Brasil which has been developing a highway in Miritituba to facilitate farming and export of grain and soybeans. The direct consequence reported by Ethical Unicorn is that “those previously difficult-to-reach areas of the Amazon are now accessible for mining, logging, and further deforestation, ultimately violating Indigenous land rights and destroying hugely important ecosystems”. Therefore, many loyal customers to Oatly now are disappointed and enraged by the company’s decision of “selling their soul to the devil” who eventually hurts the environment and betrays Oatly’s long-term core message of sustainability. In response to that, Oatly announced on their website that during the decision-making process, they indeed tried to convince Blackstone that it’s as profitable to invest in a sustainability company like Oatly and called for other PE firms in the world to consider more green investments.