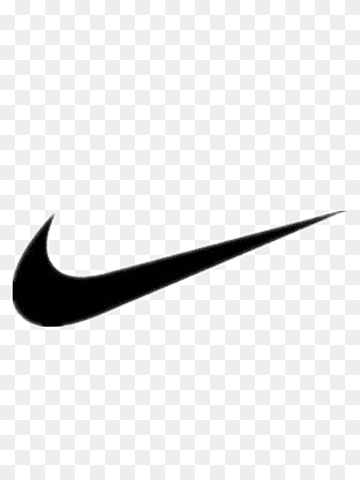 With a flashy website centred around sustainability, filled with eye catching graphics and promises to “Move to Zero”, it is clear that Nike, the world’s largest athletic brand, wants to present itself as taking corporate social responsibility seriously, with sustainability at the forefront of this vision. It seems that, overall, Nike is displaying a far more genuine and wide-reaching commitment to sustainability than many similar global fashion brands. Their approach is comprehensive and transparent in most areas through their commitment to 5-year plans, specific targets and annual progress updates, with the aim of aligning themselves with the UN’s Sustainable Development Goals. Especially impressive is their dedication to using more sustainable and recycled materials in their apparel and there are some efforts to improve product life cycles through recycling initiatives, although this is certainly an area where further advancements can be made.

However, the main area where Nike falls short is in their labour practices. It seems that their apparent commitment to justice and equality demonstrated through their Made to Play scheme and campaign with Colin Kaepernick is not mirrored in their actions towards workers. There remains no evidence that Nike ensures payment of a living wage in much of its supply chain, and it is still yet to hold itself accountable for any procedures prior to the manufacturing stage. Behind the multi-million-dollar ad campaigns and brightly coloured infographics there lies a company which, whilst making notable progress towards sustainability, still has a long way to go.

Nike has made some impressive improvements in this area. They hold the title of the biggest consumer of recycled polyester in their industry, diverting on average 1 billion plastic bottles annually from landfills and reducing carbon emissions by up to 30%. However, only 19% of polyester used in their apparel is recycled- if they use more recycled polyester than anyone else, this is clearly an industry-wide problem. They also boast that 70% of their rubber is environmentally produced, although they fail to elaborate on what constitutes “environmentally produced”. Nevertheless, there have been vast developments in the cotton they use and they smashed their 2020 goal regarding this material. Now, 100% of cotton used in Nike products is certified organic, recycled, or Better Cotton sourced through the Better Cotton Initiative, meaning it is grown without pesticides or synthetic fertilisers. Furthermore, removing plastic air pillows in their packaging has eliminated 90,000kg of plastic waste, a move which has been supported by a switch to paper mailers for posting products. They have also allowed consumers to make more sustainable choices by clearly labelling their apparel made from “sustainable materials” on their website, although the bar seems to be quite low in what they regard as sustainable: for clothes, they must be comprised of at least 50% recycled content; for shoes, just 20%. Overall, the switches to recycled material seem promising, although the fact remains that their shoes are primarily made of plastic, which is an inherently unsustainable product.

Nike releases a great deal of information regarding their manufacturing process, earning them a traceability score of 61% in the 2021 Fashion Transparency Index, after becoming the first global corporation to publicly disclose supplier factories in 2005. There has been considerable progress in water recycling at factories, with a 30% reduction in freshwater use per kilo of material, accounting for 40 billion litres of freshwater saved since 2016. Their commitment to sustainable energy is also worth commenting on, considering Nike uses 100% renewable energy in Canada and USA, and 48% of their locations worldwide are powered this way. They have also set science-based targets to reduce greenhouse gas emissions in the supply chain but there is no evidence to show that they are on track to achieve this, and this was an aspect which required considerable improvement in their 2020 report. They reported only a 5% reduction in carbon emissions for their key operations, a figure well below their 25% goal. Their shoe manufacturing process commonly involves using cold cement assembly, which is a very high energy process, followed by connecting the upper part of the shoe by glue under high pressure, again requiring a lot of energy.

They have a number of initiatives aimed at improving their product life cycle, such as their Reuse a Shoe scheme and Nike Grind, which allows people to bring products at the end of their lives to a Nike store and they will be ground up to be used in other products. This has contributed to over 10,000 sports pitches worldwide and half a million kilos of Nike Grind has been upcycled into fleeces. However, this scheme has been suspended in Britain following Brexit and an increase in customs prices, suggesting that Nike was only committed to it when it was profitable. It also puts the onus on sustainability onto the consumer: perhaps Nike should concentrate more on extending their product life.

This is the area where Nike really slips up. Their image has long been tarnished by sweatshop scandals: accusations stretch back to the 70s and in 1991 when they found themselves at the centre of a sustained campaign by United Students Against Sweatshops to improve working conditions and wages in their Indonesian factories. There have certainly been improvements since then, as Nike has established a code of conduct which requires all contracted factories to adhere to standards of environmental impact, fair wages and worker empowerment. However, this only applies for manufacturers  while raw materials suppliers are exempt, raising questions about how much they audit and hold their suppliers accountable in the earliest stages of production. Moreover, whilst Nike may be Fair Labour Association certified, they took a huge step backwards in 2017 by ending their commitment to the Workers Rights Consortium, a company that pushes for independent monitoring of apparel factories, meaning they no longer assess its supplier factories.

Nike also prides itself in being a member of the Sustainable Apparel Coalition, an alliance of companies which claims to use the Higg Index to measure environmental, social and labour impacts across the supply chain. However, this is less impressive when we consider that some brands with questionable sustainability and labour records, such as Amazon and Boohoo, are also members. In addition, the coalition seems to emphasise how the index can be used to “boost productivity and profit”: this does not reflect a genuine commitment to sustainability.

Most worryingly, there is also no evidence that Nike ensures payment of a living wage in most of its supply chain. In fact, Clean Clothes Campaign’s Foul Play Report highlights the huge disparity between money spent on marketing and sponsorship and that which goes to their workers. With a deal with Portugese footballer Ronaldo worth $1 billion, it seems strange that they can only find the money to pay their textiles workers in Asia on average 45-65% below the living wage. There is clearly a long way to go for Nike and, considering they are sitting on a net worth of an astounding $15 billion, they certainly have the means to improve. Why can’t they just do it?