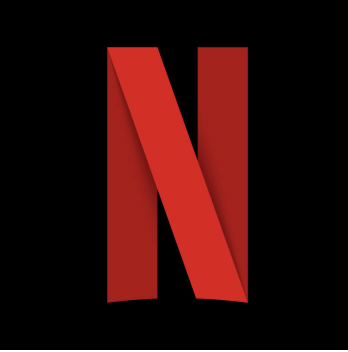 Overall, I think Netflix is being the catalyst in carbon footprint generation and not realizing thatand is rather neglecting that fact. It is, without any doubt, one of the best platforms forentertainment and is very convenient and flexible but it has a lot of room for sustainability andcan do much better considering its reputation and status. During the recent pandemic due toCOVID, netflix gained much popularity and started gaining more subscriptions as this became away to amuse oneself during quarantines and netflix needs to realize this and start working onthe emissions run by consumers.

One of the most popular streaming services on the internet is Netflix. It is a flexible andconvenient streaming platform for people to stream their favorite shows and movies anytime andanywhere, as it is available on all devices including laptops, televisions, phones, tablets, etc. Allthis makes this streaming platform sound so perfect and convenient but it does create an impacton the environment. One hour of streaming on Netflix in 2020 is estimated to be well under100gCO2e, equivalent to driving a gas-powered passenger vehicle a quarter mile (or 400meters). The Carbon Trust says the European average is 55g to 56g of CO2e for every hour ofstreaming video which is equivalent to driving about 300 meters in a car. It also shows that theviewing device is responsible for a major part of the carbon footprint. The footprint (relatedspecifically to the energy use of the viewing device) of watching on a 50-inch TV is shown to beroughly 4.5 times that of watching on a laptop, and roughly 90 times that of watching on asmartphone. Netflix has 222 million paid memberships in over 190 countries enjoying TV series,documentaries, feature films.The pandemic has boosted these values to high levels and has increased the carbon footprint onthis planet. Although it is a very good platform for shows and videos, we cannot ignore theenormous energy consumption occurring due to it. All small emissions due to each person addsup to generate a great deal of carbon footprint on the planet.

Netflix was launched on August 29, 1997 by Reed Hastings and Marc Randolph in Scotts Valley,California. It slowly started expanding its boundaries and is currently operating in 190 countries.It has headquarters located in Los Gatos, CA and 23 other offices in over 18 countries. It is thelargest entertainment/media company by market capitalization. Initially in 1988, Netflix handedout DVDs by mail before shifting to a subscription model and within a decade later, theirproposition to a streaming service changed the way people spend their free time.

Total number of employees in 2020 was 9,400. Netflix has opted for a 360 degree review processfor feedback on their employees. In this process, employees provide feedback to colleagues whofall outside of their traditional work hierarchy. This process gives employees a broader numberof perspectives on performance and Netflix believes people can handle things better as long asthey are told the truth.Netflix does not have a clear approach to their carbon footprint problem. Netflix ESGinformation gives various aspects and steps taken by them towards sustainability. They clearlymention their plans of going net-zero by 2030 but it is only based on the carbon emissions of itscorporate operations, making of films and TV shows, and does not account the emissions run upby consumers watching the shows.