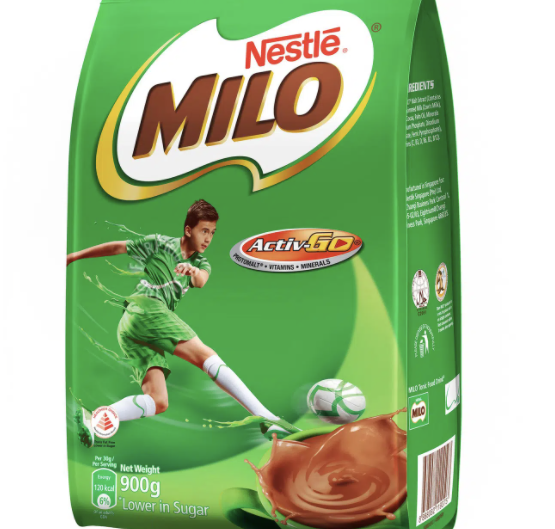 One-liner: Milo® is enjoyed worldwide for its health benefits and delicious taste, but at what cost to our environment?
‍

‍
Nestle and Milo have a wide array of partnerships with non-profits, sustainability organizations, and youth sports initiatives. The extent, commitment, and achievements are not as transparent as I would prefer. However, Nestle is cognizant and transparent that there is “much more to come” and that they need to be a leader at their massive size, so let us keep our fingers crossed that their work builds more momentum and we continue to push them/hold them accountable to do so!

INTRO:  Those of us who live in South America, certain parts of Africa, Oceania, and East/Southeast Asia will probably have heard of Milo®. It’s a delicious drink that is marketed towards children and athletes for its health benefits and energy-giving capabilities. The brand-marketing heavily relies upon sports imagery. As a kid, I drank lots of Milo and as an adult still occasionally drink it for the taste. With the marketed green images of ‘health’ and ‘sports’, it’s easy to assume it’s a sustainable brand too. However, on further analysis, although Nestle® has put itself in the right direction, there is still more a company of its influence can do. Let’s support making Milo sustainable so we can enjoy our favorite healthy drink without these externalities!

PACKAGING:  In some countries, Milo is sold in plastic pouches (like the above). In other countries, it is sold in steel/tin cans. Both the plastic pouches and steel/tins cans have the ‘recyclable’ logo on them, so don’t feel that buying one is inherently better than the other!
Depending on your country’s recycling and disposal integrity, this ‘recyclability’ may/may not be properly utilized. For example, countries like Japan, New Zealand, and Australia would probably be able to effectively recycle Milo’s plastic/steel/tin in order to prevent it from ending up in a landfill or in our oceans. But Milo is prevalent all around the world in developing countries too, so it cannot merely have a one-and-done ‘recyclable’ logo as the solution to its waste problem. Nestle is working on pioneering alternative paper-based products, and they said they’d introduce Milo paper-based (biodegradable) pouches in 2020, but 2020 has already passed! As for Nestle putting itself in the recycling process, they have drop-off points for their ready-to-drink Milo cartons in Malaysia in order to create paper and Polyethylene Aluminum roofing sheets for underdeveloped communities. This sustainability and pro-community mindset is a step in the right direction but has so much more potential to be offered to more consumers of Milo, at least in the many other Milo-drinking developing countries.

(Milo®) INSTANT MALTED CHOCOLATE POWDER:  Milo is made of 4 main ingredients across the variations in different countries: Malt Barley, Milk Powder, Sugar (Lactose, Maltose, Sucrose), and Cocoa. The usage of Cocoa, in particular, has environmental effects such as deforestation, so all Milo products using Cocoa from the ‘Nestle Cocoa Plan’ is a step in the right direction. This plan tackles deforestation with initiatives like providing more fuel-efficient cooking stoves by 2021 and more agricultural training for farmers. However, with most of the damage having already been done from the previous decades of minimal action during Nestle’s growth, I am unsure if Nestle will strive for true reforestation or just preventing new deforestation.
Some country-to-country variations of Milo include ‘Corn Syrup solids’. The Corn Syrup industry is infamously known to essentially industrially plant corn again and again until topsoil is removed and pesticides are necessary. Then, pesticide runoff creates ‘dead zones’ the size of U.S States in bodies of water (such as the Gulf of Mexico).

Nestle utilizes its Milo production plants to export within the country itself, but also abroad. They recently expanded their Malaysian and Vietnamese factories in order to keep up with local demand (Malaysia is its biggest market) rather than have increased imports from Milo production plants in other countries, which saved on carbon emissions. In Australia, at least 55% of the ingredients are produced locally for the Milo sold there. At the same time, its Malaysian and Singapore plants still definitely export elsewhere as the massive Japanese market exclusively depends on ingredients exported from Singapore. The carbon emissions from exporting via ships and planes is definitely an issue, but I am aware our world being very export-driven and not all materials being able to be locally sourced puts a large for-profit company in a tough position.

‍
The new Vietnamese plant sends no waste to landfills and uses new environmental technology such as environmentally-friendly refrigerants for cooling. It is important to note that this new Vietnamese factory might be a one-off as Nestle's website doesn't actively promote the retooling of their existing Milo factories. Nestle has a 2030 'ambition' to 'strive' for zero impact and a 2050 'ambition' for zero net greenhouse gas emissions. They seem to be having these marketable achievements along the way, but it is difficult to determine if their actions are comprehensive enough to achieve these big, vague, and far-off ambitions.

Milo has not transparently displayed the conditions of factory workers at their worldwide manufacturing plants, so it is tough for me to give a judgment on the ethicality and sustainability of downstream processes. At least, so far there have been few/no Milo-related scandals, but this is only ‘so far’. Nestle resorting to local labor laws and not marketing this is not exactly the paragon of ethicality.


As for the upstream processes of Cocoa production, there is the ‘Nestle Cocoa Plan’ that attempts to reduce child labor in its supply chain, support more women, and pay better living wages. Nestle admitted in previous years they had not done enough to empower women and child labor still benefits them today (transparency is good) and set out to change that. All of Milo’s Cocoa is UTZ-certified, which is great, but there’s evidence that these certifications don’t always mean the Cocoa doesn’t use child labor. Asking workers to lie about their age, shooing away child workers before sporadic inspections, etc are common practices. Some heart-warming initiatives like having free education for children doesn’t prevent child labor in all capacities if parents pressure children to skip school and help out to work since the parents themselves can’t make a living wage.