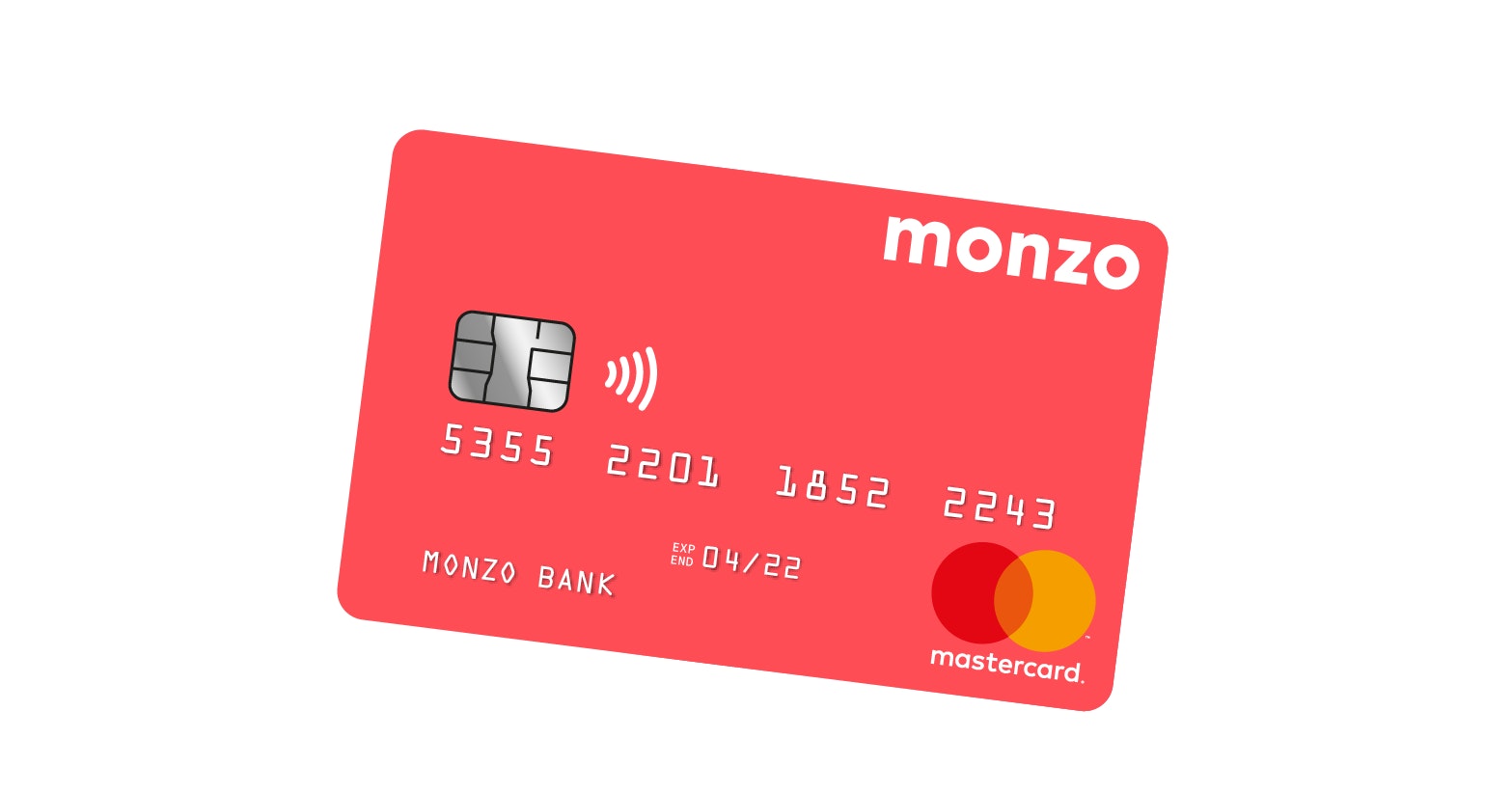 ‘Ethical-banking’ might seem like an absurd oxymoron to some given that banks operate on a profit-orientated business model, but the old expression “money makes the world go around” should not be used as a scapegoat for banks to invest irresponsibly or behave dishonestly. The UK-based company Monzo is among one of a select group of banks to receive the stamp of approval from the non-profit researcher and publication Ethical Consumer, but this recommendation should not be read as a glowing endorsement. Like all banks, Monzo has had to confront the difficult reality of balancing sustainability and profitability, in fact, the current CEO T.S Anil in a recent interview reiterated this dilemma, stating that Monzo “needs to be profitable so [it] can actually deliver our mission at scale and deliver it sustainably.” But Anil’s quietly optimistic statement suggests that the two need not be mutually exclusive, a bank should be able to offer financial returns on its investments without compromising its core values. For this very reason, Monzo should be judged according to its investment transparency, treatment of staff, and sustainable corporate policies. While Monzo has certainly gone to admirable lengths to create a welcoming company culture for its customers and staff it has not delivered an ambitious long-term plan with a sustainable vision for the future.

Monzo is an online bank with a user-friendly application for IOS and Android designed to help its customers manage expenses, budget effectively, and start saving by consolidating all their banking in one place. Founded by former Sterling Bank employees Tom Blomfield, Jonas Huckestein, Jason Bates, Paul Rippon, and Gary Dolman in 2015 under a different name, the start-up from its very infancy generated a huge amount of interest; it raised a record-breaking £1m in only 96 seconds via the crowd-funding platform Crowdcube. This is a clear testament to the surging popularity of new ‘challenger banks’ which pose a new threat to the monopoly held by the “big four” UK banks (Barclays, HSBC, Lloyds Banking Group, and NatWest Banking Group). The principal appeal of these neobanks is their convenience and versatile banking tools. By 2017, Monzo was granted a full banking license and began offering current accounts, amassing over 4 million customers as of March 2020. Monzo lends out up to 25% of total deposits stored in current accounts to people in the form of overdrafts and loans, but unlike many of its major competitors, it does not sell financial products like credit cards and appears genuinely interested in helping customers build their financial portfolio without taking advantage of vulnerable people. Monzo’s digital bank statements and platform integration with Flux has attempted to scale down unnecessary paperwork by delivering digital receipts straight to customers, allowing real-time transaction reviewing while minimising paper waste. But Flux’s services have certain limitations as they can only be used with pre-approved, recognised retailers so this does not entirely eliminate all unnecessary paperwork. Perhaps then Monzo should be looking at finding other ways to improve the sustainability of its financial services by integrating its platform with more companies.

Despite being a branchless bank, Monzo relies on the usage of digital devices and servers to maintain its virtual presence, all of which consume large amounts of energy. The company also has a small number of offices across the UK with its headquarters based in London. Admittedly though, Monzo has introduced a number of measures to mitigate against exorbitant energy consumption and waste: stocking their London and Cardiff offices with animal-friendly organic products, encouraging staff to use alternative forms of transport with their cycle-to-work scheme initiative, and motion sensors in the offices to ensure that lights are only on when absolutely necessary. While many of these measures could simply be dismissed as token gestures, Monzo has importantly taken steps to ensure that its AWS (Amazon Web Servers) are carbon neutral, with the consumption of any non-renewable energy offset by Amazon. Therefore, Monzo’s business model is still a preferable alternative to most traditional banks that operate out of high-street branches and employ a much greater number of people, thereby increasing carbon emissions.

Most people are likely already familiar with Monzo’s brightly coloured debit cards, the eye-catching design has quickly become synonymous with the company’s brand. As of 2020 however, Monzo unveiled a new debit card made entirely of stainless steel. The supposed advantage of these newly designed cards is their durability compared with the flimsy PVC cards. In fact, Monzo claims that they should last for 5 years which is 40% longer than their plastic counterparts. However, this overlooks the fact that steel extraction is among one of the most carbon-intensive industries in the world, and as of 2020 steelmaking accounts for 7-9% of all direct fossil fuel greenhouse gas emissions. Furthermore, these cards are only available to Monzo’s Premium package customers, therefore even if they were marginally better for the environment this improvement would be mitigated by their limited circulation among a small number of the bank’s exclusive customer clientele. Monzo also proudly advertises that their sleek steel cards are one of a kind having been patented by a manufacturer in New Jersey. In this way, it appears that Monzo is more concerned about having a monopoly of design rather than leading a collaborative effort to tackle the global climate crisis.

Monzo’s company culture encourages inclusivity and diversity of thought in order to develop the best problem-solving strategies and anticipate future trends. The bank is very transparent about its recruitment strategies and posts an annual diversity report outlining a full breakdown of the company’s employees. One of the ways in which Monzo has actively tried to diversify its community is through its policy of ‘Engage, Retain and Grow’ meaning that the bank has formed partnerships with a number of organisations in order to outsource people from a larger pool of potential candidates. However, it is important to note that these efforts appear to have only yielded minor results as the percentage of people of colour at Monzo has increased by just 4.02% from 2019-2020, with only 0.95% of black employees in key leadership roles. But the prognosis is not so bleak, in other respects the bank has clearly made concerted efforts to provide its staff with some measure of financial security. Monzo has expressed its unwavering commitment to paying the minimum living wage for its staff as set out annually by the Living Wage Foundation. More recently, the bank has introduced an additional 10-day annual paid leave for female employees who have suffered pregnancy loss or an additional 8-day holiday for women undergoing fertility treatments. Not only do these holiday entitlements provide the necessary financial security to reassure bereaved staff they also help to combat the stigma associated with mental health. In fact, Monzo has set up a number of other resources like an employee-assistance program and mental health Slack channel to provide support for their staff.

Monzo also prides itself on creating a compassionate work environment by offering flexible hours and a remote-friendly work schedule for employees that prefer to be home-based. However, at times Monzo has seemingly failed to use its platform and newfound popularity to advance sustainable objectives. In a statement issued in 2016, Monzo explained that it did not have a comprehensive ethical policy like many of its competitors because of its relatively small size and modest team of just 33 staff. However, since that time Monzo’s workforce has grown to 1600 employees and they have yet to publish a detailed mission statement with the exception of a 108-word long paragraph on investment ethics. For this reason, given the expansion of their operations, Monzo has no excuse not to adopt a far more proactive stance on the issue of sustainability.