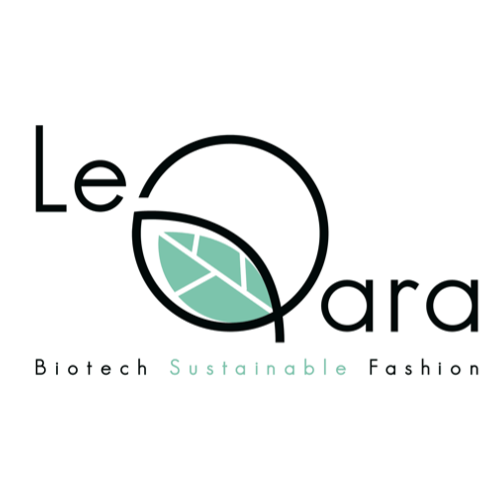 After witnessing the devastation of the beautiful natural surroundings and river in their home city, Arequipa, at the hands of the leather tanning industry, Isemar and Jacqueline Cruz vowed to unite the powers of biotechnology and fashion to create a sustainable solution. Le Qara, which means leather in Quechua, an indigenous language native to Peru, was conceived from this notion, and is an exciting start-up brand seeking to combat animal cruelty and climate change through an innovative new type of bioleather. The detrimental impact of the leather trade reaches far beyond the banks of the River Chilli, however: this is a worldwide problem. Using 400 billion litres of water annually, the production of leather is the world’s 4th most polluting industry, not to mention the fact that it claims the lives of approximately 1 billion animals every year.  Le Qara’s leather is made of microorganisms, meaning it is fully biodegradable, zero waste and vegan. Although it is currently still in the creative process and thus only producing prototypes, Cruz hopes to start full scale industrial production by July this year. Considering its claims to feel and look like real leather in a way that most vegan alternatives fail to do, Le Qara has huge potential to revolutionise the leather industry. These properties mean that it can be used with the same machines and tools as real leather and thus can be integrated into all industries without becoming an expensive investment requiring new training or equipment. Taking all of this into account, it seems that Le Qara really could be the solution to the leather industry’s problems.

Le Qara leather is made from microorganisms taken from exotic flowers and fruits. This is a huge improvement on conventional leather, since it avoids the breeding of animals, especially cows, which requires a huge amount of water and increases the quantity of methane in the atmosphere, not to mention it is also thus cruelty free. Furthermore, unlike conventional leather, it earns extra sustainability brownie points based on the fact that it is biodegradable and compostable, preventing it from ending up in landfill. Although composting is not necessarily perfect for the environment, since the process releases carbon dioxide, a greenhouse gas, it is still a superior alternative to a material which ends up in landfill. This is because items in landfill produce methane, a gas which has a global warming potential more than 25 times higher than CO2 due to its tendency to trap heat in the atmosphere. Whilst conventional leather can be recycled and does not have to end up in landfill, it is a difficult process and thus many recycling companies are reluctant to do so, unlike the simplicity of biodegrading.  Furthermore, Le Qara prides itself on producing leather which is resistant and durable, increasing product lifetimes and reducing the need to replace them regularly, although it is unlikely that their leather lasts as long as regular leather, which can be used for decades. Perhaps the fact that the microorganisms used in Le Qara leather come from exotic plants native to Peru could present difficulties if the company starts to (as they have stated they would like to) globalise and they will have to be shipped abroad. Maybe some research into alternatives which could be grown in more climates and countries could help to prevent this from becoming an issue.

The production of Le Qara leather is completely zero waste and has a circular life cycle, as all the residues from the manufacturing process can be used as liquid compost. The microorganisms are ‘grown’ in a lab, taking between 30 and 70 days, and they feed off leftover food, again helping to alleviate the issue of food waste and diverting it from landfill. Furthermore, it avoids the conventional tanning process which uses chromium sulphate, a pollutant which is not only harmful for the environment, but can also increase the chances of contracting cancer in the workers who have to handle it. Le Qara’s tanning and dying process avoids the use of harmful, toxic chemicals. More transparency on what exactly they use to dye and tan their leather would be useful in understanding these claims, however.

It is quite difficult to measure Le Qara’s ethical and labour practices, since they are yet to scale up their production beyond a small team of professionals taken from different areas of biotechnology, industrial engineering and fashion. Naturally, once they start their proposed industrial- scale production, it is crucial that they produce a detailed Code of Conduct for their manufacturers and ensure they are carefully and regularly auditing their workers to make sure that standards do not fall.

Considering they are still a start-up, however, Le Qara has an impressive number of accolades to its name. It won $55,000 in the Latam 100k Competition in November 2019 and was the first Latin American company to win the prestigious H&M Foundation’s Global Change Award. However, this was not the first time that they had entered this competition: following their failure to win the first time round, they made it their mission to improve by focussing on incorporating different textures and thicknesses and broadening their colour palette, making them more appealing to a wider range of brands and products. From this, it is clear that Le Qara is a brand which wants to improve and responds well to feedback, so I am optimistic that they will keep making these changes as they grow.