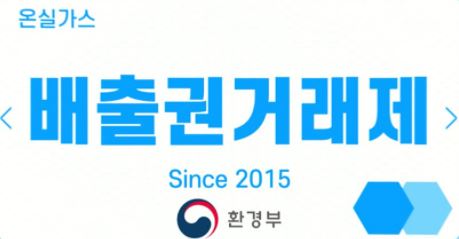 South Korea was the first country in East Asia to create a national emissions trading scheme (ETS), which covers six different types of greenhouse gases. After its inception in 2015, it has gone through two phases, and is now at its third phase of development. While I don’t fully endorse the idea of a carbon market because it does nothing to prevent overconsumption in general and introduces ways to offset emissions which allows companies to keep emitting greenhouse gases, I see it as a step in the right direction because it introduces carbon into the market rather than leaving it as an externality. Going forward, I hope that Korea makes its ETS more stringent and all-encompassing so that it can reach its goal of net neutrality by 2050.

South Korea’s ETS is structured the same way that any cap and trade system is, where the government sets an upper limit on how much can be emitted, and covered entities are either allocated or have to buy allowances for their emissions. The ETS covers any business that either emits at least 125,000 tons of GHGs or owns a business that emits at least 25,000 tons of GHGs. In phase 1, 524-592 companies were covered by the ETS, and in phase 3, 684 companies are covered by the ETS. This covers about 73.5% of the economy. The sectors included in phase 1 were the energy, industry, buildings, transportation and public service sectors. In phase 2, the waste sector was included. Currently, the cap is set at 2.8 billion tons of carbon dioxide equivalent, which is about a 4.7% decrease compared to the the 2017-2019 period. The percentage of allowances, which are what companies use to emit GHG, that are auctioned instead of allocated has also been increased from 3% to 10%. If an entity does not comply with these measures or goes over its allocated amount without buying allowances, it is fined a penalty not exceeding three times the average market price of the given compliance year. However, companies have an incentive to buy allowances rather than flout these regulations, as that is more cost-effective. ETS systems in general rely on market mechanisms to bring change, thus the presence of a market signal that encourages investment in clean energy is one marker for its success. It is unclear whether Korea’s ETS has succeeded in this respect, and if it is seen to have not been successful, perhaps the cap should be lowered further.

South Korea’s ETS has various mechanisms in place within the overall system to determine how much a certain company can emit. In phase 1 of the ETS, entities were allocated all allowances, meaning no company had to buy allowances in order to emit GHGs. In phase 2, 3% of allowances were auctioned, so sectors that were not allocated all of their allowances had to buy allowances in order to emit GHGs. In phase 3, which started this year, 10% of allowances were auctioned. This minimal increase means that over 90% of allowances are still being given to companies for free. Sectors which have been designated as energy-intensive and trade-exposed still receive 100% of their allocations for free. Another aspect of the ETS that makes it easier for companies to avoid reducing their emissions is offsets. Companies are allowed to use offsets to meet 5% of their compliance obligations. These policies, while showing signs of improvement over the years, limit the impact that the national ETS has on the country’s emissions.

Although South Korea is one of the first countries to develop a substantive emission trading scheme, it is also a significant polluter, as it was the world’s 13th largest GHG emitter in 2015. This stems from South Korea’s heavy reliance on non-renewable sources of energy such as coal and oil. Since South Korea does not have fossil fuels within its territory, it imports most of these resources from other countries, meaning other countries suffer the negative impacts of mining and oil extraction as well. This has led to Korea being described as one of the world’s climate villains, along with other countries that are known for their inaction on climate change. Whilst there has been positive rhetoric in recent years about doing more to combat climate change, this has not been reflected in South Korea’s actions.