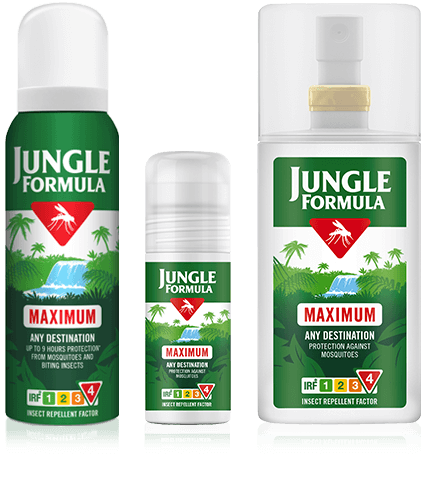 Jungle Formula claim to be the UK’s number one insect repellent brand and their products can easily be found in many high-street stores and supermarkets. They use ingredients proven to be very effective in repelling a range of insects which can otherwise cause the spread of serious diseases like Malaria, Zika virus and Yellow Fever. They also offer product ranges with different strengths to suit any travel destination from Europe to tropical islands. Jungle Formula’s parent company, Perrigo, provide a lot of clear information regarding the goals they have put in place around sustainability and adopting key SDGs into their business model, as well as a detailed report on what they have achieved so far and where they still need to improve. While Perrigo’s transparency is commendable, the information about ingredients, product life cycles and sustainability on Jungle Formula’s website is virtually non-existent. I attempted to request more information about their products by contacting the email address provided for this purpose and am yet to receive a response. This lack of transparency is concerning and appears to contradict and undermine Perrigo’s claimed commitment to sustainability and accountability, I have given Jungle Formula a lower rating as a result.

The active chemical used in Jungle Formula for repelling insects varies across their range of products in order to produce repellents of differing strengths. It is recommended to use the lowest strength repellent you can that will still provide you with the protection you need, this is because all of these chemicals have some level of risk to health, particularly at high concentrations and when exposed to them for a long period of time. Below is an analysis of the key active ingredients used in Jungle Formula products:

DEET, (AKA: N,N-diethyl-m-toluamide) is a synthetic chemical which has been used as an insect repellent for several decades. It has been thoroughly tested and is considered safe by many public health organisations including the World Health Organisation (WHO) and the Environmental Protection Agency (EPA). It works by masking the odours in our sweat and breath which attract the insects, it has also been shown to directly repel some types of insect. DEET has been approved for use by humans in even 100% concentrations (adults only), however, the strength of the concentration does not reflect how effective the DEET is as a repellent, but instead tells how long you are protected for. DEET can be strongly irritating to the skin and eyes, and when inhaled, it can cause difficulty in breathing, especially when using DEET insect repellent in spray and aerosol form. For these reasons, the Canadian Health Department banned the use of insect repellents with more than 30% DEET in 2002, favouring reapplying more frequently over the use of higher concentrations. DEET is a powerful solvent and can dissolve many plastics, including clothing made with synthetic fibres. It can also burn the leaves of many plants. Care needs to be taken during disposal as DEET has been proven as toxic to aquatic life, and Jungle Formula do not make any specific recommendations around disposal of their products after use, taking no responsibility for the effects their products could have on the environment.

Jungle Formula’s Dry Protect, Outdoor & Camping, and Kids ranges are all DEET free. The chemicals used to repel insects in these ranges are IR3535, Picaridin (also called Icaridin), and Geraniol. While IR3535 and Picaridin are also synthetic chemicals that work similarly to DEET, they are not as irritating to our skin. Picaridin has been shown to pose almost no health risks, but IR3535 is still quite a strong eye irritant. Both repellents have been proven to be just as effective as DEET and often at lower concentrations, but sometimes for shorter periods of time. IR3535 is also safer for the environment because it biodegrades very quickly.

Prallethrin is an insecticide, so it is toxic and kills insects rather than repelling them. It has been proven to have low toxicity to mammals and birds due to the high speed at which we can metabolise it, however, there have been several examples of people being poisoned after ingesting large amounts of prallethrin. They often experienced vomiting and seizures and it can also be fatal.

Propane, butane and other hydrocarbons - these are only present in the Jungle Formula aerosol sprays, not the other spray bottles or roll-on repellents. These chemicals are obtained as byproducts of natural gas processing or crude oil refining. So while not directly driving the use of non-renewable fossil fuels, they are taking advantage of it.

A natural, effective and potentially more sustainable insect repellent compared to Jungle Formula is Oil of Lemon Eucalyptus. It has undergone much more testing than other botanical repellents and is proven to be almost as effective as DEET at repelling a range of insects. Oil is extracted from the lemon eucalyptus tree (native to Australia) and then refined to increase the concentration of PMD (the active chemical). This repellent is classified as non-toxic, however, it’s use on children has not been properly investigated so it is not recommended for use on children under 3 years of age.

The Jungle Formula website provides no information about where and how their products are made. The Perrigo website contains lots of information about their goals and commitments to sustainable practice (can be read in their corporate social responsibility report 2020 - linked below). However, I was unable to find any specific evidence to suggest that any of this applied to Jungle Formula products (this is also the case for most of their other brands). Although they are reasonably transparent about their company wide goals and progress regarding recyclable packaging, waste production, and water and energy usage during manufacturing, when it comes to information about specific brands and products the information is lacking.

Another reason I gave Jungle Formula a low score is for their use of aerosol cans. Most of their insect repellent ranges come in a choice of a plastic spray bottle, a roll-on or an aerosol can. Using insect repellent in spray or aerosol form greatly increases the risk of inhalation or eye irritation, and this can have serious effects to your health (particularly when containing DEET). Aerosol cans are also particularly bad for the environment as they contribute to air pollution by releasing volatile organic compounds (VOCs) into the atmosphere, they are also difficult to recycle due to the hazardous chemical residue inside.

Until 2014, Jungle Formula was a brand owned by Omega Pharma ltd, but they were then acquired by Perrigo Company plc. They manufacture private label over-the-counter pharmaceuticals and self-care products in many countries worldwide, mostly selling their products across Europe and North America. Perrigo’s mission is to provide “quality, affordable, self-care products that consumers trust”, and they do have a significant section on their website dedicated to their commitment to corporate responsibility. This encompasses their Environmental Stewardship Program and the Perrigo Company Charitable Foundation, with the aim of holding the company accountable for improving environmental sustainability and social justice within the industry and in the wider community. Perrigo also provide information about the robust health and safety measures in place for their employees, as well as details of their well-being program and plans to improve diversity and inclusion. Although I believe that Perrigo still have a long way to go, and can do more to ensure transparency around the manufacturing processes of all their products, I think they are committed to improving their sustainability and I will be interested to see how they continue to progress in the future.

Article on aerosols and smog - https://www.york.ac.uk/news-and-events/news/2021/research/aerosols-smog-vehicles-uk/

Article on production of propane - https://www.budgetpropaneontario.com/blog/how-is-propane-made-and-why-does-it-matter