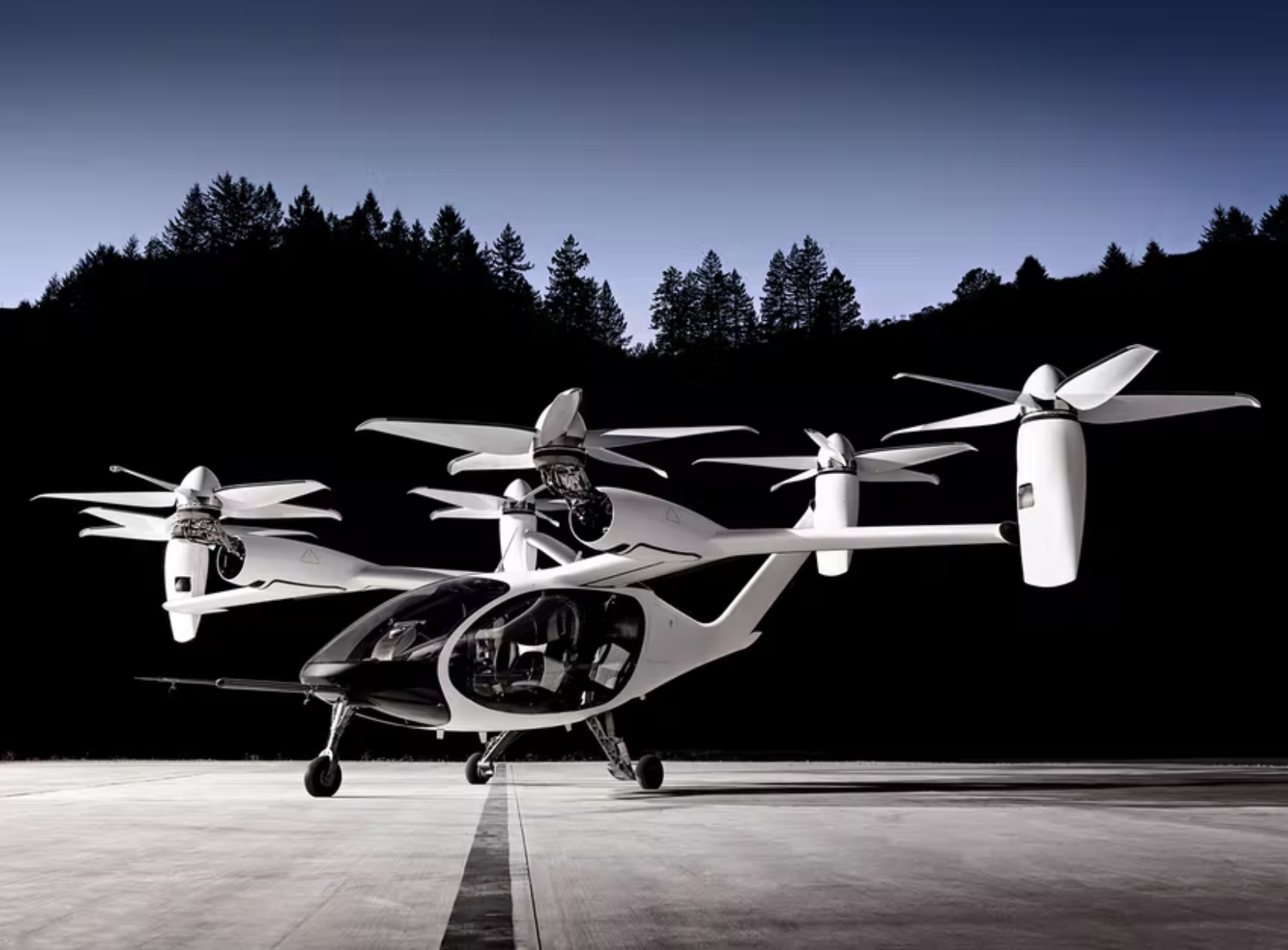 Imagine you are watching a futuristic movie of a utopian city. The streets are surrounded by flowers, plants cover the roofs of the skyscrapers, and small flying vehicles fill the sky. Joby Aviation is working towards these modern cities by creating an urban air travel taxi service made up of completely electric aircraft. The company partnered with Uber and hopes to establish a similar user-friendly concept of booking rides on an app. Joby plans to market their idea for urban travel, hoping a 15-minute flight can replace a few hours stuck in traffic. The feasibility of their idea largely depends on their ability to market to customers because without demand, even if the company succeeds in creating zero-emission transportation, it will not replace the pre-existing, high-emissions modes of transportation.

The vertical take-off and landing (VTOL) aircraft use a distributed electric propulsion system which requires a lithium-nickel-cobalt-manganese-oxide battery. The mining, refining, and production of these materials are energy and water intensive. The energy for production is still largely dependent on non-renewable energy forms. Although Joby Aviation is not directly at fault for these decisions, by using these products they are negatively impacting the environment. Nickel is derived from sulfide ores and the refining process can release sulfur dioxide which pollutes the atmosphere and can lead to acid rain. The mining of lithium and cobalt often leads to chemical leakage and habitat destruction.

Joby has partnered with Toray Advanced Composites to supply carbon fiber for their aircraft. Carbon fiber is light which is advantageous for air travel because it increases the efficiency and range of the aircraft. Although the production process is energy-intensive, the material does not corrode or degrade quickly meaning it has a longer life cycle than alternative materials such as steel. Carbon fiber recycling is a fairly new and still expensive process but worth it as it significantly decreases the negative environmental impact associated with materials that cannot be recycled.

As Joby grows as a company, I would like to see its continued efforts toward positive environmental impacts be actualized with readily available information about its materials and production processes.

Large-scale production of the aircraft has not begun so relatively little information is available in regards to manufacturing and supply chains. However, Joby provides a thorough evaluation of the anticipated environmental impact of its vehicles.

During operation, Joby Aviation’s VTOL aircraft produces zero emissions and no ultrafine particulate matter enters the atmosphere. While the operational emissions may be zero, unfortunately, lifecycle emissions are higher because electricity in the United States is still largely dependent on coal, natural gas, and petroleum. The company understands the magnitude of this problem and is looking into more sustainable energy sources. Joby estimates a total ten-fold decrease in energy use due to its electric motors being approximately 85% efficient (compared to 40% efficiency in combustion engines) and a design which increases the lift-to-drag ratio. The decrease in energy use is environmentally beneficial because it will lead to a decrease in demand for non-renewable energy sources.

The lack of infrastructure poses another challenge to the company. The aircraft requires minimal space due to its vertical takeoff and landing which means no additional land needs to be converted into runways. Currently, only 66 helipads in the U.S. are publicly owned, the rest are restricted to private helicopter use. Instead, the company is exploring ways to convert pre-existing space into vertiports. The company hopes to utilize roadway clover leaves at the exits of highways because the land is already owned by the Department of Transportation and few species occupy the already disrupted habitat. Additionally, they hope to use the roofs of pre-existing parking garages as launch and landing pads. By utilizing the existing infrastructure, the company will cut down on the emissions and waste products associated with new building projects.

The electric aircraft are nearly silent so noise pollution does not pose an issue to surrounding natural habitats. The useful life of the VTOLs is estimated to be about thirteen years of service at 400,000 miles per year (about 20 times greater than the useful life of the average car.) The company is not currently looking to replace passenger airplanes but to instead replace cars. Each aircraft carries four passengers plus a pilot, which is a similar capacity to that of a car. Because the aircraft is owned by the company instead of individuals, a large number of people will utilize each vehicle reducing the environmental production costs per person.

I hope the company will remain transparent in regards to their supply chain as they solidify their large-scale manufacturing processes. As a novelty company introducing a brand new form of transportation to the market, economic challenges are inevitable. I am concerned that, when faced with the choice between financial success or sustainability, the company will prioritize economics.

Joby Aviation was founded in 2009 by JoeBen Bevirt in Santa Cruz, California. Transportation is the largest source of greenhouse gas emissions in the United States. Joby Aviation aims to address this issue and work towards a more sustainable future by creating zero-emissions transportation options. The company has collaborated with NASA and the U.S. military which has accelerated the process of producing zero-emissions, VTOL aircraft. The company still awaits approval from the Federal Aviation Administration (FAA). Joby Aviation understands the challenge of introducing a completely new mode of transportation to the market but is continuing forward with its mission of prioritizing sustainable and safe flights. Joby aims to increase availability by reducing costs. The projected costs per passenger are expected to start off at around $40 per trip but Joby hopes to continue to reduce the price closer to $10 per trip as the company takes off. This price tag is limiting for everyday commutes but might be reasonable for business trips, weekend getaways, or other less frequent trips. People are willing to pay similar prices for Uber trips so Joby is targeting their flights towards the same crowd for more efficient and sustainable travel.

It will be a few years before the mass production of Joby VTOL aircraft takes place and before the service becomes accessible to you or me. Overall, Joby’s mission appears to be well-intentioned in regards to its environmental impact and it would be a great step forward in regards to sustainability if their plans succeed.