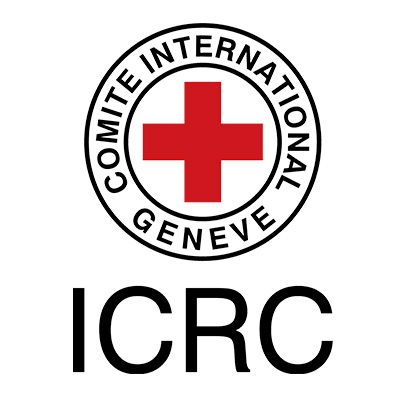 International Committee of the Red Cross

The symbols of the ICRC, the red cross, red crescent, and red crystal, serve as examples of the ICRC’s tremendous influence on the world. These symbols represent the various rights outlined in the Geneva Conventions, which the ICRC strives to protect. Although this mandate in and of itself makes the ICRC a positive force for good, the approach that the ICRC takes hinders its ability to be truly sustainable. Moving forward, the ICRC must become more transparent, democratic, and have more long-term programs so that it operates at its fullest potential.

The ICRC (International Committee of the Red Cross), is an independent, neutral organization that provides humanitarian protection and assistance for victims of armed conflict along with other types of violence. It makes up one of the pillars of the International Red Cross and Red Crescent Movement, which consists of the ICRC, the International Federation of Red Cross and Red Crescent Societies, and 192 national societies. The movement is similar to Greenpeace in that the different organizations all fall under the same banner, but operate relatively autonomously with wide latitude given to the individual organizations.
The ICRC is a fairly bureaucratic organization, and is made up of six governing bodies. These are the assembly, the assembly council, the office of the president, the directorate, the internal audit unit, and the data protection commission. The main decision making bodies within the ICRC are the assembly and the office of the president, but the president can be seen to hold the most sway over the organization, as the president also serves as head of the assembly and assembly council. In this way, the organization structure of the ICRC is similar to that of large corporations which are led by a CEO and a board. Therefore, while the ICRC does not have to take into account the interests of shareholders the way corporations do, its overall direction is determined by a small minority, which does not make it very sustainable.

The ICRC, as stated above, mostly operates in conflict zones, including the Central African Republic, Iraq, and Yemen, among others. Their work is based on the Geneva Conventions of 1949, which declare that all states are required in times of armed conflict to protect wounded, sick, and shipwrecked members of the armed forces, prisoners of war, and civilians. The ICRC’s role is to make sure that these rights are upheld in conflict zones, both by convincing governments and private military companies to adhere to these standards, and directly providing such victims with access to food, water, and access to family. The ICRC is authorized by the Geneva Conventions and Additional Protocol I of the convention to act in the event of international armed conflict. In any other event that warrants humanitarian action, the ICRC also has right of initiative, enshrined in the Statutes of the International Red Cross and Red Crescent Movement, which empowers the ICRC to offer its services to government without that offer constituting as an infringement of the state’s natural sovereignty.

As much as the ICRC tries to engage in benevolent actions around the world, much of its internal affairs are kept hidden from the public. This is because the ICRC operates in conflict zones, where any information disclosed might “give rise to disproportionate risks to the personal security, dignity or privacy of individuals, including beneficiaries of ICRC action and/or ICRC staff” (ICRC’s Access to Information Policy). Therefore, information that is not subject to disclosure includes: “reports of closed-door or restricted meetings, internal operational planning documents, agreements with States, international and non-governmental organizations...internal and external audit reports” (ibid). The vast amount of information that is sealed off to the public limits the public’s ability to ascertain whether the ICRC is truly acting according to its principles. This lack of transparency compromises the ICRC’s ability to truly be a neutral organization, as the ICRC could receive donations from particular governments or organizations, which then influences the ICRC’s activities. Without an accountability system in place, no one outside the ICRC will know if it is operating with a conflict of interest. One way to improve this situation is to shorten the time elapsed before the public can access ICRC’s archives, which is currently at 40 years. If the ICRC were to reduce this to 20 years, perhaps the ICRC can shift its strategies to be in accordance with various stakeholder opinions, while still maintaining the confidentiality needed to protect its employees.

While the services that ICRC provides are definitely beneficial and have enough value to justify whatever emissions arise because of its actions, humanitarian actions in general have little to do with sustainability. Usually humanitarian actions are responses to situations of extreme stress and crisis, in contrast to development efforts, which consist of long-term programs aimed at reducing poverty and promoting economic growth. In areas such as Burkina Faso, where the ICRC is seeking to help communities maintain their hygiene and livelihoods, efforts are stalled by lack of access to water, which usually calls for the digging of more wells. This solution is only short-term however, because if this water is not used sustainably, the water table as a whole could be lowered, thereby worsening the problem. Therefore, while the ICRC does have programs aimed at improving the economic security of individuals or helping communities adapt to climate change, it falls short in making more communities more sustainable, due to its short-term approach.

The people who make up ICRC are directly hired by ICRC, and include mobile field staff, resident headquarters staff, and resident field staff. As a humanitarian organization, ICRC’s priorities change all the time, so many of its staff move around from place to place. These employees are hired on a Swiss-based contract, and salary scales are benchmarked against a mix of international NGOs, international organizations, and companies from the private sector. With regards to the Assembly, the most visible governing body within the ICRC, the male to female ratio is 13:6, which could be better. The overwhelming majority of the assembly members are also white, which means the ICRC could definitely benefit by having a more diverse assembly. Although the ICRC does have its roots in Switzerland, it could also consider opening up assembly membership to non-Swiss nationals, as it is an international organization whose influence extends far beyond Switzerland’s borders, and could benefit from having the perspectives of other nationals.