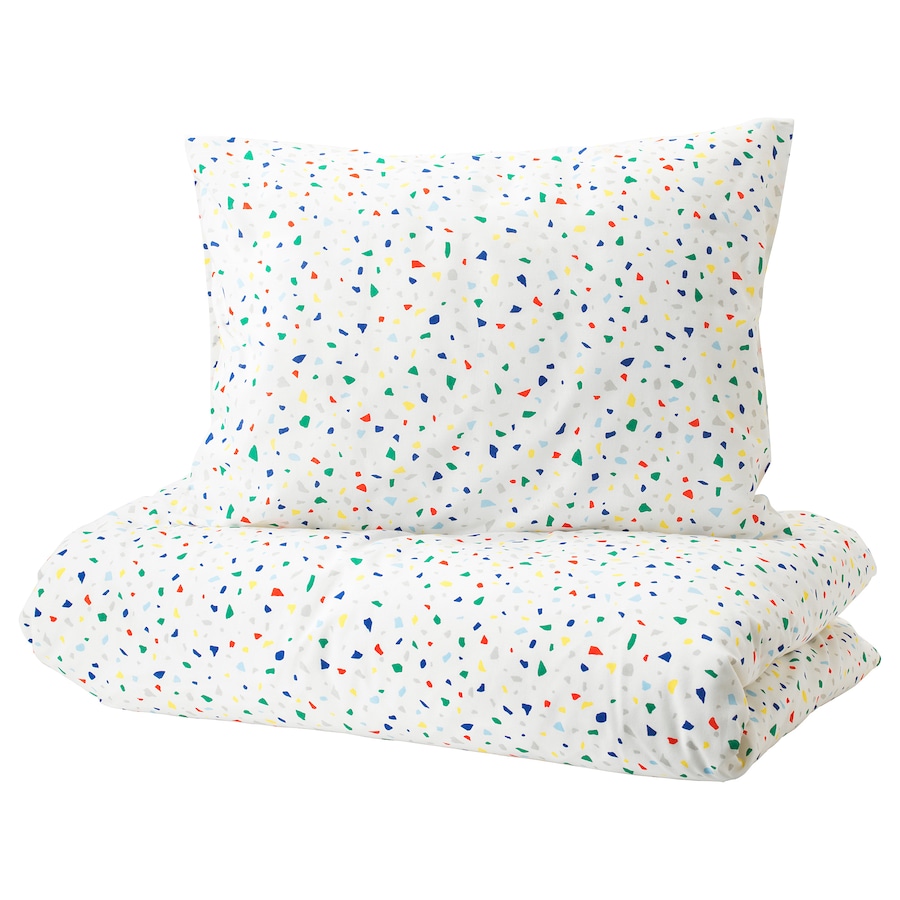 For many college students, renters, or new homeowners, Ikea is the first stop to meet all furniture and home good needs. Ikea is not only a cheap option but seemingly committed to sustainability. The popular MÖJLIGHET Duvet cover and pillowcase patterned set is priced at an affordable price of $9.99. This product is developed with 100% sustainably-sourced cotton, absent of harmful dyeing chemicals as well. Furthermore, it should be commended that IKEA is attempting to become more sustainable internally, unlike other major corporations that transfer all the responsibility to the consumer. Examples of these internal changes include adopting a circular business model, social entrepreneurship efforts, producing/investing in renewable energy sources. Furthermore, as a relatively affordable company, IKEA enables low-income consumers to be involved in sustainability as well. Like any major corporation with a high-volume, low-cost business model, IKEA still has room to grow, particularly with transparency. However, they seem to understand the role of corporations in the climate crisis are taking steps in the right direction.

This set is made from 100% sustainably grown cotton. All sustainably grown cotton is, “ either recycled, or grown with less water, less fertilizers and less pesticides, while increasing profit margins for the farmers”, specifically 50% less water and 50% less pesticide use. Although this claim is assuring, there are no certifications to verify the sustainability of the cotton nor the percentage decrease in water and pesticide use. Like all their other products, this duvet cover is free from chlorine bleaching agents, phthalates, and harmful dyes as IKEA banned the use of these items from all their products.

Traditional cotton farming is one of the most polluting practices requiring large amounts of water and pesticides. Ikea is aware of this and joined the “Better Cotton Initiative” in collaboration with other like-minded companies in 2005. This program teaches farmers to strategically plant cotton. In the areas that utilized these techniques, water use decreased initially by 37% and now in 2021 by 50%. Pesticide use decreased by nearly 50%. Although Ikea should be commended for this great effort, consumers should still demand more from Ikea’s cotton. If Ikea truly prioritizes sustainability as they make it seem, they should use certified organic cotton, which is the most sustainable option for the environment and workers.

IKEA is also committed to renewable energy. Inka, IKEA’s parent company, is hoping to invest another 4.8 billion dollars to the 2 billion dollars already invested in renewable energy. Furthermore, IKEA just reached a milestone in which IKEA has invested enough in clean energy to power all of their operations along with extra to spare. This is another impressive achievement by IKEA.

IKEA is aiming to transition into a circular business by 2030, in which all products are meant to be repurposed, repaired, reused, resold, recycled. By embracing circularity, IKEA seems to be leading by example for other companies and in shifting the consumer mindset in theory. Many companies assume the antithesis of circularity by downgrading quality in efforts to increase corporate profits at the expense of the environment. Although this is a relatively new iniative, there is only vague information available regarding the steps IKEA is taking to implement circularity. If IKEA is truly committed to implementing circularity, they need to have a stronger plan (that is accessible to consumers) with actionable steps. However, I do not think this is an instance of greenwashing as their intentions seem to be in the right place, revealed by their commitment to renewable energy sources.


Ikea has 55 different suppliers and each supplier meets a set of requirements called IWAY. IWAY is Ikea’s supplier code of conduct to (1) Promote positive impacts on the environment (2) Secure decent and meaningful employment for workers (3) Respect children’s rights (4) Improve the welfare of animals that are present in the IKEA value chain. The whole Ikea confirms suppliers’ compliance to IWAY requirements via announced/unannounced audits conducted by IKEA and third party auditors. It should be noted, however, there is a lack of an accessible supplier list (currently only available through unverified third party sites) and Fair Trade certifications to uphold their claims.

Social Impact is another value of IKEA. Through its parent company, Inka, IKEA is currently collaborating with social entrepreneurs to support start-ups with social impact. The IKEA Social Initiative is another program that supports community-based actions that empower women to create a better future for themselves, their children and their communities. Again, there is limited information available on what exactly these “community-based actions” are.

Although IKEA attempts to embrace circualrity, social impact, and a strong supplier code, there is limited verification and trasnperancy regarding these ventures, therefore, IKEA earns a .25 in this category.