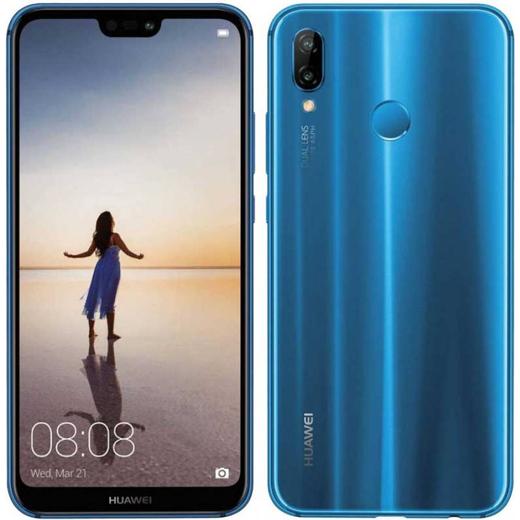 This is kind of a sad review to make, because if Huawei didn’t have these links with the government I would be happy to rate them 1.5 or 2 out of three, and normally carbon emissions are my largest concern with these companies. However on this occasion, I do genuinely feel as though I cannot give them a sustainability rating at all when this kind of basic human rights abuse – akin to 1984 and the Nazis initial propaganda is so prevalent with what the company do. Their phones have very good pricing and are very good quality and very durable but none of this really matters if you are supporting an organisation that thinks this use of technology is acceptable enough to print it on patents

Since 2013 Huawei has been using bioplastics from castor oil in its phone series, which I was surprised to hear. This leads to a 62.6% reduction in co2 emissions compared to traditional plastics (which amounts to almost nothing - 6000 tonnes of co2) but is still impressive in terms of not funding big oil. I will not give double credit here for the durability of the phones again BUT it is annoyingly good.
In terms of the packaging our phones came with it was minimal but obviously will have been made internationally (maybe across multiple countries) and shipped over here to the carrier where we bought our phones from. The packaging is all carboard (but we never disposed of it so we can sell them easier as second hand or trade in for recycling when we get our next phones). Inside the packaging did come with a charger and headphones, but not a screen protector or case, which I think is reasonable for a £280 pound phone (at launch) and definitely helps reduce the extra packaging associated with getting all these things separately, and the impact that buying things from amazon can have.
Huawei has also received a lot of awards for the energy efficiency of their products which in itself is good but could lead to overconsumption as a by-product.
Huawei also implies that it uses recycled materials in its products, however it does not specify how much. I also struggled to find exactly what materials are in the phones, but in their sustainability report Huawei does say that they commission third party audits to ensure cobalt mining specifically is mined without harm to humans or forced labour, it says it encourages its suppliers to reduce the risk that their mining operations hurt people.
Overall I would rate this 1.5/3 because the fact that they make such long lasting products, and clearly recognise where most of a phone’s carbon emissions come from raw materials and, their use of bioplastics is good.

The introduction section on the top page reads “Huawei is dedicated to sustainable socioeconomic development and strives to build a better connected world in which everyone can share everything.” I get that its from a semi-communist country but that is genuinely quite funny/ concerning. Huawei’s sustainability report states that the company is owned by its employees only and not government or outside organisation holds shares in Huawei. This was interesting to see as Huawei’s involvement with the Chinese government is why the ‘who made it’ section of this review is going to be very bad… VERY bad. ☹
Moving on, the report (132 pages) states that it covers all entities which are in control of or have a significant financial influence over, which likely means its immediate supply chain. It does recognise the importance of a low carbon future, and aims for energy efficiency across all its products. I do not know if the human psychology around efficiency has been properly accounted for in these calculations, however. They also state that per million RMB of products they have managed to reduce their co2 emissions by 33% from 2012 levels, it is worth noting that the value of products they have sold will have increased exponentially in this time and 2012 was nearly a decade ago so I am not really sure if this is a good comparison metric. They also have used some renewable energy in their China factories but the data they gave made no comparison to how much was supplied from unrenewable sources.
Huawei have unbelievably got some sustainability awards including CDP A for climate change, best practices in protection of labour rights in Egypt and golden taxpayer in Jordan. This seems a bit random, but I’ll play along. Huawei also aligns itself with the UN SDGs . It states that its recycling centres process 4500+ tonnes of e-waste but gives no time frame. Huawei also sells more phones
than Samsung so this number is in comparison actually worse. They use liquid cooling in their data centres to reduce the amount of energy used which are the ones that store information on the Huawei cloud, which is something often overlooked in the sustainability of electronics. Sometimes I feel like everyone thinks software is energy free bar the battery usage on their phone but this is often not the case, so props to Huawei for reminding me about this. They also have done a lot in China, in cities and in the countryside to reduce and improve efficiency on the current mobile networks, but no comparison data was given here so although the ‘savings’ amount to millions of tonnes of co2 I will give them very little credit for this, there is also the possibly nefarious intentions that I will cover later. Furthermore, in a very revealing chart, Huawei’s natural gas and gasoline as a part of their total energy consumption has actually doubled since 2016, which isn’t surprising given the growth of the company but is still inexcusable. There are lots of other projects I could talk about, most of which are nice to think about but insignificant in the larger scheme of things, except maybe their solar power and de-desertification project which involved using solar panels to create electricity for locals in Ningxia and increasing ground vegetation by 86% in a couple years, equivalent to planting 89 million trees but in goji berries which are farmable and bring the local people income. This I feel likely made a genuine impact to a lot of people on the yellow river basin.
The last point I have to make in this section is durability, unlike Samsung, Huawei specifically says it pays for premium materials in its phones and aims to have durability for the longevity of its devices. Now credit where credit is due my family have 4 Huawei phones from the p20 series, and all have lasted fantastically, we’ve never needed to have them repaired and the specifications of the hardware inside mean even 3 years on my parents still do not want to even think about replacing their phones because there is actually no excuse to; even the battery has not degraded with normal usage, (and this is actually quite a big thing as it links in to slowing the conveyor belt down)
Based on this last point mainly, the CDP rating and the little bit more than market stunts of co2 reductions I will actually give this section a 2/3 planets. Not that it matters overall though as I’m sure you’ll see later.

I have added a special title to the category this time because of Huawei’s unique ties with the Chinese government, including the founder and CEO being ex Chinese secret service. Because even though Huawei’s own employees may be treated correctly 1, their business fundamentally supports the Chinese government; including in the surveillance and persecution of Uighur Muslims who the country has seemly labelled as ‘extremists’ who must be re-educated.
I watched this video from the bbc report on what goes on inside these camps: https://www.bbc.co.uk/news/technology-55634388 (2nd video down)
Lemme tell you, I read a lot of dystopian fiction book and 1984 and that is some dystopian, totalitarian sh*t right there. They literally talk about putting people into re-education camps because they think they MAY be capable of murder, they then claim that Uighur Muslims are ‘extremists’ and they send them to the camps to have their ‘ thoughts transformed’. It is honestly very scary and reminds me of when I learned about how the Nazis convinced their population of Jewish ‘impurity’ and the need for genocide (I don’t know whether the Chinese actually want to kill these people but the way they are slowly filtering them, their culture, beliefs and children out of society does scream of slow, modern day genocide).
Huawei has registered patents that identifies Uighur Muslims from large crowds and specifically their facial expressions, it is likely that a company this large, some of their profits or gained income with be involved with Nazi-like, Orwellian racial persecution. It is also likely that their technology is involved with the finding, tracking and persecution of Uighur Muslims, and on this basis along they get a negative planet.
1 – even if their employees were treated like kings or slaves, it would not change my rating for this.
-1/3