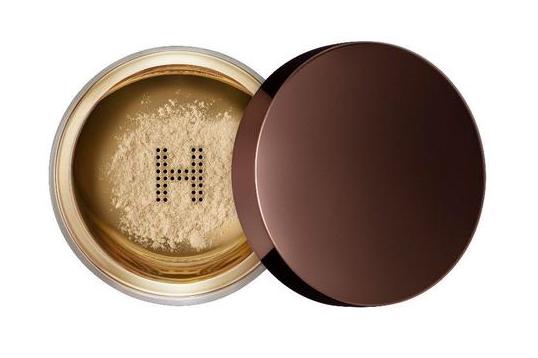 Veil Translucent Setting Powder is one of Hourglass’ top products. This setting powder is vegan-friendly and free of many harmful chemicals like parabens and talc. All of its ingredients are very safe to use and have low risks of allergy, which makes it a good product in terms of its ingredient use. Although its packaging is not sustainable for now and there are no recycling programs, it seems that there will be more sustainable packaging launched soon based on news they have released. I hope the packaging for this setting powder can also be more sustainable and recyclable. The good thing about this brand is that it completely banned animal testing in all circumstances and has put protecting animal rights as its top mission. Putting animal rights as the mission of a cosmetic brand is very encouraging and rare in the market. Disappointedly, there is very little information regarding the manufacturing process of this product and the sustainability and social practices of this brand. Hourglass’s parent company, Unilever, has also been involved in unethical labour practices. However, we can see that Unilever is now developing more concrete plans for its environmental and social commitments. I hope both Unilever and Hourglass can extend their commitments further and make sure they are becoming more sustainable in a concrete way.

This product is 100% vegan-friendly. It is made without parabens, fragrance, nanoparticles, and talc, a chemical that can cause cancer. On its website, there is no detailed ingredients list, but it can be found on Sephora. The Environmental Working Group (EWG) system ranks the safety of chemicals used in different products on a scale of 1 to 10 (with 1 being the safest); they also certify products that are totally free of harmful chemicals. Although this particular product is not reviewed by EWG, ratings for all individual ingredients of this product are available on their website. I am genuinely surprised that all of the ingredients are rated by the certification as safe to use and have low allergy risks, this is good news!

Regarding its packaging, it seems that there are no sustainable elements and also no recycling programs available for now. However, Hourglass has already announced that they are going to launch many new sustainable packaging options in the fall of 2021, all of which will utilise tin, aluminium, and post-consumer recycled plastic. I think this new launch is something to look forward to, and the brand has previously launched refillable lipsticks, something rather sustainable but rare in the market.

Labour and Manufacturing
Hourglass did not provide any information regarding its manufacturing, labour practices, nor their place of manufacturing. From an interview with the founder, she said that products from Hourglass are made all over the world, from Italy, Korea, Japan, and even Los Angeles, for different reasons. She did not specify the reasoning behind this but suggested that “small details” regarding formulas and materials are the reason. This lack of transparency is rather disappointing. Since they have many manufacturing locations and they are sold internationally, the carbon emissions from international shipping must also be huge, causing a lot of pollution. For its parent company Unilever, in 2013, Oxfam wrote a report on the good practice of labour rights in its supply chain. However, in 2020, news suggested that Unilever is involved in a child labour problem. Unilever was found to have forced children into working on palm oil plantations in some Asian countries. In 2007, Unilever did not support their workers who experienced an ethnic attack, but instead just shut down the plantation, sent the workers home, and did not pay them for six months. These involvements in labour issues are disheartening and seem to go against their plans and reports.

Hourglass is an American luxury cosmetics brand that focuses on being cruelty-free and vegan friendly. They put animal rights as one of the most important missions of the brand. Apart from standing against animal testing, they donate 1% of annual profits to Nonhuman Rights Project, a US organisation that works to secure fundamental rights for animals. Additionally, 5% of annual profits from all Unlocked products, one of their product lines, are donated to support the same organization’s efforts. However, apart from emphasizing animal rights and being vegan-friendly, there is no further information regarding their sustainability and social efforts on their websites. We can only see plans like sustainable packaging from the news and nothing more; they are especially lacking in their social commitments.

Its parent company, Unilever, has previously launched a 10-year sustainable living plan and reported progress yearly on their sustainable living report. The plan included health and hygiene programs, reducing carbon emissions, improving health, women's safety, etc., covering both environmental and social commitments. Although Unilever had previously been involved in different unethical issues, such as mistreatment of workers and underpay of labour, it seems that they are gradually trying to improve and become more sustainable. Their plans are all-around and they update their progress annually. I think it is encouraging to see big brands like Unilever willing to develop more extensive plans on improving social and environmental issues.