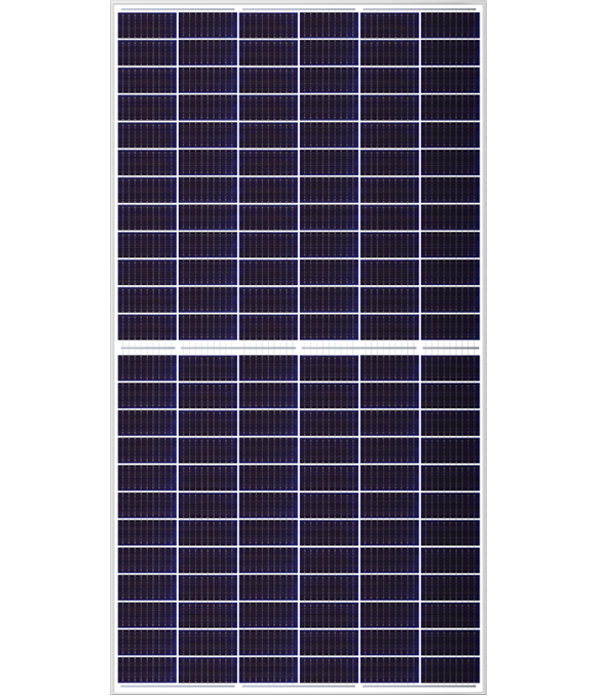 The energy sector is the largest contributor to global greenhouse gas (GHG) emissions. If we as a society want to combat climate change and reduce GHG emissions, then solar energy is definitely the best option to choose from. Solar energy is clean, free, and abundant. With the boom in solar energy, it is of utmost importance to look into the sustainability of solar panels.

HiKu solar panel is manufactured by Canadian Solar Inc. (CSI). Founded in 2001, CSI is the world’s 5th largest solar panel producer, offering a wide range of solar panels for commercial and residential purposes. HiKu is one of the most famous commercial solar panels with 166 x 83 mm cell size. The product warranty of HiKu is 12 years and the performance warranty is 25 years and beyond. According to CSI, “the longer a product lasts, the less it needs to be replaced, reducing its environmental impact. We do not believe in “built-in obsolescence”. This is contrary to the companies like Apple or Amazon who believe in the replacement of technology every year just for the sake of profits.

The overall GHG emissions from solar panels, while they are in use, are low compared to the manufacturing and production stages of solar panels. The different materials used in the supply chain require different resources and energy which is definitely not as clean as solar energy. However, solar panels generate enough energy in their lifetime to compensate for the initial energy usage and wastage.

One large solar panel is made up of a bunch of small solar cells. The solar cells are made from silicon semiconductors that absorb the sunlight and creates electricity. Usually, the electricity from the solar panels are stored as direct current (DC) in the inverters and then these inverters convert the DC to usable alternating current.

The most common material used for the construction of solar panels is silicon (monocrystalline and polycrystalline). The quartz is extracted from mines and refined to obtain pure silicon. To conduct the electricity, silicon is treated with phosphorus and boron. Then these silicon disks are coated with an anti-reflective coating of titanium dioxide. The silicon semiconductor is covered with protective material and then embedded in ethylene-vinyl acetate (EVA). The panel is then covered by glass and electronic parts are made from copper. The frame is of either steel or aluminium. Adding to this, unlike other solar panels, CSI solar panels do not contain cadmium. Due to the high absorption properties of cadmium, it is used in solar panels, but CSI claims they don’t have cadmium-free solar panels.

Looking into the harmful effects of different materials used in solar panels, silica/silicon can cause a more serious illness called silicosis (lung disease by inhaling silica). The titanium dioxide used in reflective coating is considered safe by Food and Drug Administration. But it can cause mild irritations in the skin and throat. When washed in oceans, titanium dioxide cause potential harm to marine life. Similarly, EVA is considered non-toxic but can cause nasal irritations. Aluminium at high levels is associated with neurotoxicity. In the environment, aluminium can cause ground and surface water pollution.

CSI claims that they don’t purchase any raw ore or unrefined conflict minerals. This means that they don’t have any supplies from mineral businesses that violate human rights or environmental protection on principles. To ensure this CSI lists the materials and equipment used during the production and requested their suppliers to provide information regarding the source of materials and products.

CSI has manufacturing facilities in Asia and the Americas- China, Vietnam, Indonesia, Brazil, and Thailand. Over the years the CSI has reduced the amount of water and electricity required in manufacturing from 0.339 m3 to 0.329 m3 and 6.17 kWh to 5.85 kWh respectively. They also implemented “projects for the collection and recycling of RO (reverse osmosis) rejected water, HVAC (Heating, Ventilation, and Air Conditioning) condensate water, and preliminarily-treated waste-water. This water is used for washing, heating, cooling, cleaning, and gardening.” The global wastewater discharge volume in CSI manufacturing units is decreased by over 13.8% in mere 3 years. They recycle water, electricity, and other raw materials however, the recycling of glass and other stuff is not mentioned in their sustainability report.

Solar waste is real! It is projected that by 2050, solar waste will reach 78 million metric tonnes. With the boom in demand for solar panels, we need matching speediness in terms of recycling solar waste. According to a veteran of the US solar industry, “…pollutants such as lead or carcinogenic cadmium can be almost completely washed out of the fragments of solar modules over a period of several months, for example by rainwater”. Hence, solar waste can’t be just disposed into landfills as toxic chemicals/materials will leach into the soil. However, CSI, claims that during the normal operation “the lamination process used during manufacturing of solar modules would capture any potentially hazardous material within the glass assembly, preventing exposure to the environment”. CSI panels passed the TCLP (Toxicity Characteristic Leaching Procedure) testing for 37 potentially hazardous materials, including the RCRA (Resource Recovery and Conservation Act) 8 metals. TCLP test determines the leaching of toxic contaminants in the environment if a solar panel ends up in a landfill or broken in its lifetime. The RCRA lists the metallic elements that are toxic at smaller concentrations. This means the solar panels by CSI will not release any toxic contaminant upon landfill or broken.

The CSI works with different recycling service providers in Europe, Australia, and the US for recycling the used solar panels and other electronic parts. But they don’t have any recycling system in Asia, Africa, and other countries of the Americas. In a few of their manufacturing units (Baotou and Luoyang factory, China) they are also recycling the foam and plastic packaging boxes. But what about the waste generated at individual household units in different countries?

At CSI the composition of males to females in the workforce is 65% and 35% respectively which is much better than companies like Amazon, Google, Facebook, Microsoft, and Apple where the female representation is only 20-23%. Both men and women are entitled to take parental leave and 7% of employees took parental leave in 2019.

Looking into the health and safety of workers, CSI has earned ISO 14001 Environmental Management and the OHSAS 18001 Occupational Health and Safety Assessment Series certificates. ISO 14001 standard is “intended for use by an organization seeking to manage its environmental responsibilities in a systematic manner that contributes to the environmental pillar of sustainability”. OHSAS certificate enables organizations to control risks and improve performance in the area of occupational health and safety. In 2019, there were zero fatalities with an accident rate per 100 employees of 0.188. CSI’s community work in different countries is also impressive where they are directly connecting with the communities and donating their solar modules to non-profits and people in need.