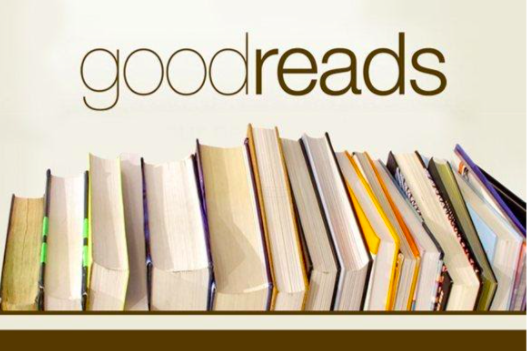 Overall, Goodreads itself leaves a reality low footprint being run mostly online. However, behind it looms Amazon, with massive operations that have many steps to go before Amazon can claim to be net-zero.

Goodreads is made to be a playground for book enthusiasts and one can only be a book enthusiast if they are actually reading books, so that is the first place to start. Goodreads doesn’t sell books themselves but it encourages its users to buy them indirectly, with tabs to click on that will take you to Amazon to be able to purchase a copy digitally or a print copy to be mailed to you. Their website also prompts you to other big name bookstores as well as to a database for offerings at local libraries, a more sustainable alternative. They have made it easy to sync your kindle with your Goodreads account and books are cheaper to buy on there than as a physical copy, pushing consumers to move away from environmental harm of a paperback that must be shipped to you or your local bookstore. However, Goodreads itself is lacking in transparency and its exact operations are unknown.

Goodreads gains books from a variety of places, including the Library of Congress, Ingram, and individual publishers to grow their database and keep it constantly up to date. Goodreads also uses crowd-sourcing as a way to manage the website. Members are allowed to become volunteer librarians once they have read and added 50 books to their profile. They have a special group within Goodreads and have been given special permissions to make edits. Goodreads is its website, its digital database. Not only does this reduce their overall footprint, but it helps to bring the reading community together and allows for anyone with a passion for books to contribute, boosting overall equity and inclusion within the company. Much of the work necessary to keep the website up and running is done virtually by those already using the app, though it appears they have a small office in San Francisco. Overall, their physical operations appear to be limited and are thus healthier for the planet.

Goodreads was originally launched in December 2006 by Otis Chandler and wife Khuri. The company was acquired as a subsidiary of Amazon in March of 2013. As Amazon got its start by selling books, the company has always had a particular interest in the book market. Also bought Shelfari (a previous competitor on Goodreads) and owns the Audible, Book Depository, AbeBooks, ComiXology, Booksurge, Brilliance Audio, and more. The founder Otis Chandler appears to still have a small role, but overall the reins have been handed over to Amazon. Though Goodreads itself may not have a particularly large physical footprint, Amazon certainly does, and by encouraging avid readers to look to Amazon for their next great read, Amazon’s practices come into play. Amazon has clearly heard some of the noise about shifting to more sustainable practices because in 2019 it helped to co-found The Climate Pledge, where it and 216 other companies have pledged to hit net zero emissions by 2040. The pledge states that companies agree to regular reporting of their greenhouse gas emissions, implement “decarbonization strategies in line with the Paris Agreement”, and utilize credible offsets to the goal of net zero by 2040.  Amazon now has a website dedicated to transparency. They claim they have reached 65% renewable energy across their business and are on track to reach 100% by 2025. But there is not nearly as much information or change coming to consumption-related pollution and in particular changes to Amazon’s shipping practices. Their work on their emissions is also not quite as substantive as it might appear when you consider that the company is constantly growing its business as well as its energy consumption. And in terms of working conditions in Amazon, they are not at play in the same way for Goodreads as they are for Amazon at large, for reasons that were given more detail under how it’s made. Such working conditions are, however, in play in the purchase of books from them, which is something to consider.