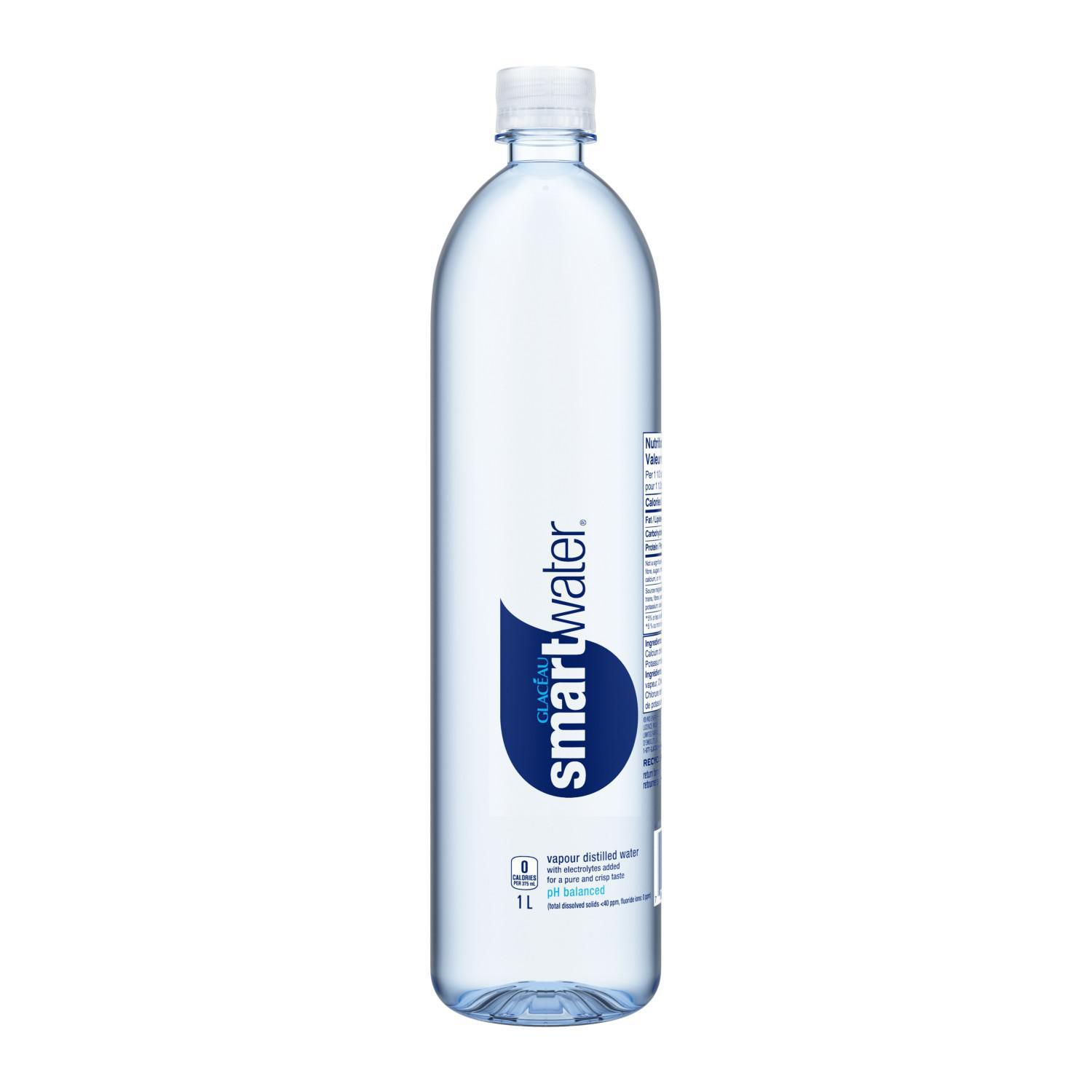 Overall, I think that Coca cola being a multi-billion dollar company is making huge profits from customers and greenwashing in the name of sustainability. Their plastic problem is way beyond repair and needs to be compensated for. Steps need to be taken to reduce single use plastics and more investments towards sustainability are needed. As the world moves towards net-zero, companies like Coca cola need to step up their work. Greenwashing by implementing various schemes and promoting recycling bottles is not exactly how they should be working towards protecting the environment.

Glacéau Smartwater is made of British spring water which is vapor-distilled and then electrolytes are added to it. It is available in any convenience store, gas market or any grocery store. The 1L water bottle weighs approximately 34g when empty and is made using PET which is polyethylene terephthalate. It is BPA free which means it does not  use the organic compound Bisphenol A in its construction. The chemical BPA is known to cause many cardiovascular problems like coronary artery heart disease, hypertension, heart attack, angina and many more. Exposure to this chemical can be really harmful in the long run. Even though a product is BPA free, it does not mean that it is completely safe, products still contain chemicals that are harmful to us, and the environment.

PET water bottles are 100% recyclable but when under the action of heat they can be harmful to human health. Most disposable water, soda, and juice bottles are made of plastic #1 (polyethylene terephthalate, also known as PET or PETE), which health experts advise against reusing. While such bottles may be safe for one-time use, they should not be reused.

The smart water vapor distillation process is the first step in purifying water in the natural way. It recreates the hydrologic cycle to produce water that is as pure as the first raindrop. To make Smart Water, spring water is distilled in an industrial process that consumes a lot of electricity. 1L of water requires about 78 calories of energy to vaporize. Before adding the calcium, magnesium, and potassium, they boil the spring water until it turns into vapor and then condense it back into liquid. Any impurities that are present are removed which includes all of the good nutrients naturally present in water such as calcium, magnesium and potassium. The website does not exactly specify how the bottles are made but just that they are made using rPET which is recyclable PET. A 500ml plastic bottle of water on an average has a total carbon footprint equal to on average 82.8grams of CO2. The smart water has a distinctive, crisp, clean taste and is produced and bottled in Morpeth, Northumberland.

Energy Brands, Inc., known as glaceau makes these water bottles and they are also the  maker of vitaminwater(R), fruitwater(R), smartwater(R) and vitamin energy(TM) and coca cola has acquired this company but they operate as a separate business unit within Coca-Cola North America (CCNA). Coca-Cola has invested £3.5bn in the production facility at Morpeth, Northumberland towards smart water bottles. Coca cola has goals of reaching 100% recyclable packaging by 2025 and use at least 50% recycled material in their packaging by 2030.​ More than 18+ markets of coca cola use rPET and this includes brands across Australia, Austria, Belgium, Colombia, France, Germany, Hong Kong, Japan, Mexico, Netherlands, Norway, Peru, Philippines, Romania, South Africa, Sweden, Switzerland, and the UK. Sweden is the first market in the world with 100% rPET for all plastic bottles across the country and according to coca cola The Netherlands and Norway are on a transition to 100% rPET for all plastic bottles.

In December 2020, following global clean ups and brand audits, Coca-Cola was named the world’s worst plastic polluter for the third year in a row. Coca-Cola’s plastics problem is beyond being a litter and ocean problem. Plastic pollution is also a climate, health and social justice issue. They are greenwashing in the name of recycling and cleaning initiatives and still using harmful single use plastics. Single use plastics are contaminating our food, water and the air we breathe.