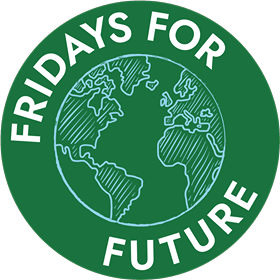 Tired of witnessing society's unwillingness to see the climate crisis for what it is: a crisis? Fridays For Future (FFF), also known as School Strike for Climate, Youth for Climate, Climate Strike, or Youth Strike for Climate, is a youth-led and youth-organised movement that initially started off with precisely the same frustration in mind. The movement was founded after 15-year-old Greta Thunberg and other young activists decided to skip school on Friday to sit in front of the Swedish parliament. In August 2018, Greta sat in front of the parliament building alone to demand change and protest against the lack of action on the climate crisis three weeks before the Swedish general elections. By participating in demonstrations every Friday from then on, activists demanded action from political leaders to keep the global temperature rise below 1.5 °C compared to pre-industrial levels, to ensure climate justice and equity, and to listen to the best-united science currently available (these demands were updated in August 2019; the previous set of demands is still available to see under 'our demands' on the FFF's official website). FFF is also one of the only movements that provide a direct set of statistics regarding their global participation through graphs and maps (in reality, anyone can set up and organise a 'strike for future' through their website, which makes it easy for one to join the movement). Overall, their official website seems to be a transparent source of information, displaying details about FFF, how to take an action, where to take an action and what has been said about the movement in media.

After writing a couple of reviews on climate movements, I have learned to double-check the information displayed on the official website of a given movement. First of all, FFF openly talks about social justice and intersectionality being at the core of the movement, yet I found only FFF Toronto publicly sharing their intersectional approach to climate justice outlined by collective demands (the official FFF website published articles regarding why social justice and intersectionality are important to spread awareness among their followers, yet it seems as though no real global action has been taken). Second of all, while preaching social justice and intersectionality, the members of FFF explicitly talk about the climate crisis as a state of nature that is here now and will only get worse if nothing changes. Although that is not entirely wrong, it is surprising that many (especially early) FFF articles seem to miss acknowledging the many regions that have been already experiencing the harsh effects of climate change since the 20th century. By applying the Western and rather White lens of climate change reality, the movement fails to be truly welcoming, understanding, and inclusive of all people. On the other hand, the FFF's official social media sites seem to promote inclusivity by sharing photographs, videos, and speeches from a variety of diverse people. However, I am unsure if this type of performative inclusivity is the one that is necessary for the climate movement to be truly representative. Thirdly, it is important to question whether demanding that governments implement more efficient and sustainable policies actually makes the difference one wishes for. By all means, it is legitimate to request change from the governmental bodies, but making it one of only two main points of the campaign sounds a bit naive. Governments have been debating on these issues for several decades now and many of the most powerful economies in the world have signed protocols in which they declared their intention to lower CO2 emissions. However, the problem with such policies (like the Kyoto Protocol of 2005 and the Paris Agreement of 2015), is that they simply do not work. The world’s two biggest emitters, the United States and China, have always failed to maintain the fixed limit, which makes one hesitant of the real impact of these macro policies. Personally, it often feels like everyone (including governments, companies, organisations, and climate movements) tends to use soothing general words to talk about solving climate change to please the masses without actually taking much action to solve the real issue.

It is difficult to anticipate the new tactics that youth activists will devise, but I think that FFF will likely take different forms of protesting in the future. COVID-19 and the whole year of 2020 emphasised the importance of unity, social justice, and intersectionality, which will probably be reflected in the FFF movement in the future. According to the book 'A Climate of Injustice' By J. Timmons Roberts and Bradley Parks, climate justice refers to the idea that there is a division between those who have contributed to and benefited from producing the climate crisis by burning fossil fuels and those who will be disproportionately negatively affected by it. The aim of thinking through the climate justice lens in the climate movement is to fix this gap by promoting equity, inclusivity, fairness, and responsibility. Moving forward, I believe that justice issues are likely to become more central to climate protests – including the ones organised by FFF – but, until then, I do not feel confident in fully recommending joining the FFF movement. Then again, maybe we are the change the FFF movement needs?

FFF is made of activists and followers regardless of their age, nationality, or climate knowledge; however, the student body is a huge part of FFF. FFF does not explicitly discriminate: anyone who wishes to become part of FFF is welcome without exceptions (although when I tried to join the FFF Netherlands, I was not met with a response to my volunteer-based application). Interestingly, in comparison with Sunrise Movement (SM) and Extinction Rebellion (XR), FFF does not provide any training on activism for participants of the movement. All that the movement asks for is for one to join their strikes once they self-educate themselves on why taking such civil action is important (this information is provided on their website under 'reasons to strike'). The organisation of the FFF movement seems to lack a strict structure when compared with XR and the SM; it seems as though an organiser of a given strike decides on how to take the lead and on how to organise the protest. As I was sceptical about the lack of structure within FFF, I made sure to check individual local FFF groups (such as FFF Czech Republic, FFF Netherlands, and FFF Sweden) to see whether they share any further information about their structure. Unfortunately, I was not able to find any more details regarding this matter. There are resources (such as posters, logos, communication techniques, and a set of songs to be chanted) that are publicly available for use to everyone marching on behalf of FFF (these can be found on the FFF website under 'resources & materials'). Most of the informative resources are offered in the form of YouTube videos, which I think is an accessible way of spreading awareness among many for free. Lastly, the movement does not publicly ask for donations, nor do they provide official merchandise.

The members of the movement protest every Friday in the streets (during COVID-19, protesting was done online) to demand action on the climate crisis. Their main demands of change are linked to keeping the global temperature rise below 1.5 °C, ensuring climate justice and equity, and listening to science. Anyone who wishes to be part of the FFF movement is able to organise a strike or join a strike.

But, how can you get started? FFF provides a 'take action' guide, in which they advise you how to get started, how to amplify the FFF demands, how to get permission, and how to stay safe while protesting. The striking culture strictly stands for no violence, no property damage, no littering, no profit, no hate, minimizing your carbon footprint, and always referring to science. Furthermore, there are printable resources one can use while organising and/or joining a strike as well as a video with songs that are encouraged to be chanted while striking. Outside of public striking, school striking has been a huge part of FFF. On the FFF official website, you can find more information regarding skipping school, in-school alternatives, how teachers can help, and a letter to the headteacher that can be altered and printed out.

While it is good to see that FFF seeks to protest for a better world and while the movement has undoubtedly sparked open discussions about climate change around the world through their striking actions, the movement's effects on broader societal change remain unclear. Just like XR, FFF defines itself as non-political, which tends to be controversial among both climate activists and climate deniers. As previously mentioned in my XR review, this would not be an issue if not for the reality of transformations needed to address the climate and ecological crises being fundamentally structural and, therefore, political. By being apolitical, FFF risks being contradictory since they are simultaneously calling on governments to act. As previously mentioned, collective action helps one to cope with climate anxiety and worry, which is why I am not here to claim that the FFF strike-based activism is fully ineffective – it is just important to acknowledge its pros and cons. Moreover, FFF does not provide lectures or seminars to directly educate its strikers. Personally, I believe that it is important to provide direct education as that way one can ensure that strikers understand their roles, environment, rights, and demands. Furthermore, I was not successful in finding a clear timetable with what is happening now and with what is being planned for the future to seek the societal changes required to reverse climate change. It is, therefore, difficult to truly say what FFF is made of outside of striking on Fridays for the future. All in all, I am not sure whether the FFF's activities are an effective response to the climate crisis.

People power is central to the FFF striking actions. The movement is open to everyone interested in joining. It is unclear whether you can join a local FFF hub near you, however, I assume it is advisable if you are serious about participating in the FFF movement that you should. FFF wants anyone and everyone to join and create a large movement which governments would be unable to ignore. This information is, however, taken from social media accounts rather than their official website. Moreover, there is information missing regarding global FFF's inclusive policies.

In conclusion, I think FFF is a valuable environmental movement with a great intention in mind. Greta Thunberg is a key figure in today's climate change debate as she is internationally known for challenging world leaders to take immediate action for climate change mitigation. I appreciate the FFF mission and I wish to see the movement become more organised and publicly inclusive in the future. In more detail, though I am sceptical about FFF's loose structure, lack of inclusive policies, apolitical nature, and vision for the future, I am confident that it is still learning and improving its strategies to become the best version of FFF that it can be.