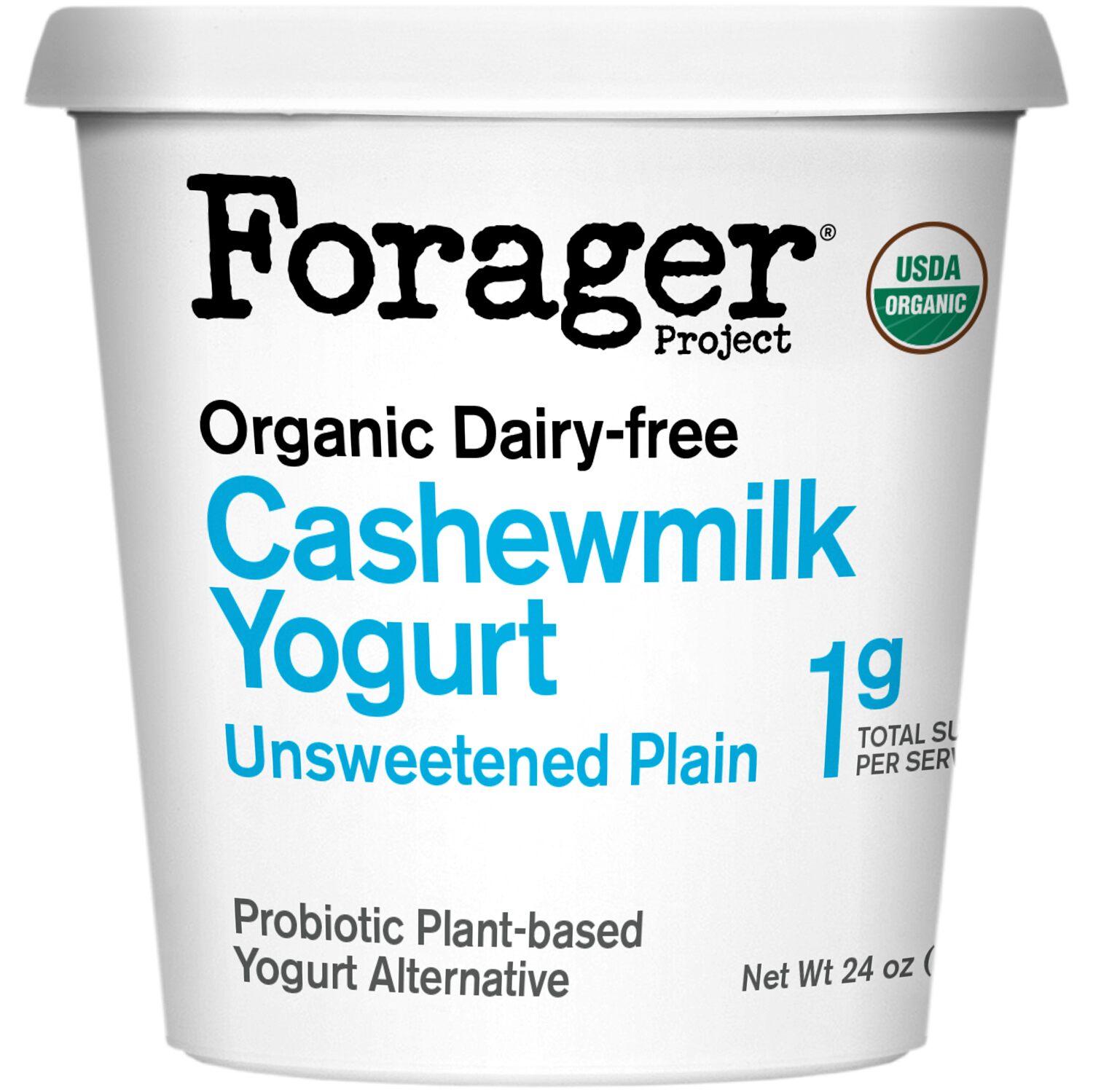 As a young Iranian-American raised on her cultural foods, yogurt has always been a huge staple in my diet. When I went plant-based, I started on my search for a convincing dairy-free alternative to the versatile flavor vehicle that is plain yogurt. That’s when I stumbled upon Forager Plain Cashewmilk Yogurt in the dairy-alternatives isle of my local co-op. At first glance, the plant-based yogurt seems like an incredibly obvious sustainable alternative to traditional dairy yogurt, and in some cases it is. However, where Forager must improve is in the transparency of their ingredients outside of cashews and through their business practices. I want to know more about how Forager personally treats their employees and to what extent they invest in the well-being of the communities they operate in.

The first ingredient in Forager’s yogurt is cashewmilk, which is made from filtered water and organic cashews. Forager explains that they source their cashews from Vietnam and the Ivory Coast, where they are able to thrive without irrigated water, reducing their water consumption. They explain that this is one of their reasons for basing their cashew production out of these more humid areas, where they are more naturally watered by rain. Their standards include ethical sources, sustainable farming practices, and organic cashew trees that are naturally pest-resistant. At first glance when I saw this description, it seemed a little bland to me, so I continued to explore their website. A huge part of their brand is prioritizing their organic ingredients, meaning excluding GMOs, synthetic pesticides, irradiated ingredients, artificial pesticides, and artificial colors or flavors. They explain that organic includes, “reduced chemical exposure, richer in nutrients, healthier rivers and lakes, healthier soil and decreased erosion, increased species biodiversity,” however don’t go into more detail about how they plan on/already achieve these goals.

According to the Forager website, all of their products are made from scratch in their facility in Indio, California. I really struggled to find more information about the rest of their production processes on their website, so I began to search elsewhere. From my own container in my fridge, I saw that the container was made by polytainersinc.com and is made of polypropylene, which can be recycled in some curbside recycling programs as long as all of the food inside has been cleaned out. On the Polytainers website in the “sustainability” section, they explain that they are investing in new technology and partnering with experts to come up with sustainable solutions for corporations, but fail to go more in depth into what these solutions are and how they are planning on achieving them. A lot of the verbiage on the website is super broad, and they say things like “reducing total waste,” and “increasing the use of renewable energy sources,” without explicitly providing any number values or timely goals. This was pretty disappointing to me as someone who pretty regularly purchases Forager products. It felt pretty performative, especially seeing how their products are branded in a very aesthetically pleasing way that would maybe motivate the environmentally inclined to purchase their products.

Forager Project was founded by Stephen Williamson and JC Hanley in California in 2013. Their website maps out how they’ve chosen to commit themselves to the well-being of the planet, and they pointed out a few key organizations that they have partnered with in order to achieve their goals. These include the Organic Trade Association, the Plant Based Foods Association, the Climate Collaborative, Only Organic, OSC2 Packaging Collaborative, and Future Organic Farmers. These all sounded very interesting, and I appreciated the commitment Forager seemed to be making in their partnerships to eventual reduction of their carbon footprint. However, as I expressed earlier, some partnerships, such as their one with with OSC2, seemed to me a little bit like they were greenwashing. Since OSC2’s main aim is to, “bring[s] CPG food companies and packaging vendors together to implement real world sustainable packaging solutions,” and Polytainers has been not very transparent about their actual sustainability efforts, I didn’t take it very seriously.

Forager Project wrote a blog post about the impact of their cashew orchards in Vietnam. According to the blog, Forager is the 2nd largest employer in the area, which contributes greatly to the financial benefit of the rural community. While the post was touching and intimate as it described the interactions between families working at the factory, it lacked any insight to the positive impacts Forager has in the area or exactly what the benefits of working for the company are. I did a little more research and found another segment of the blog, that explained a little more about the positive impact that farming organic cashews has on the local community. According to Forager, “Organic farming methods have been found to increase yields and reduce the cost of maintaining cashew farms compared to conventional methods.” I was a little nervous to read that they were trying to reduce costs, as an important part of reducing costs is increasing wages, and they did not mention anything on that front.