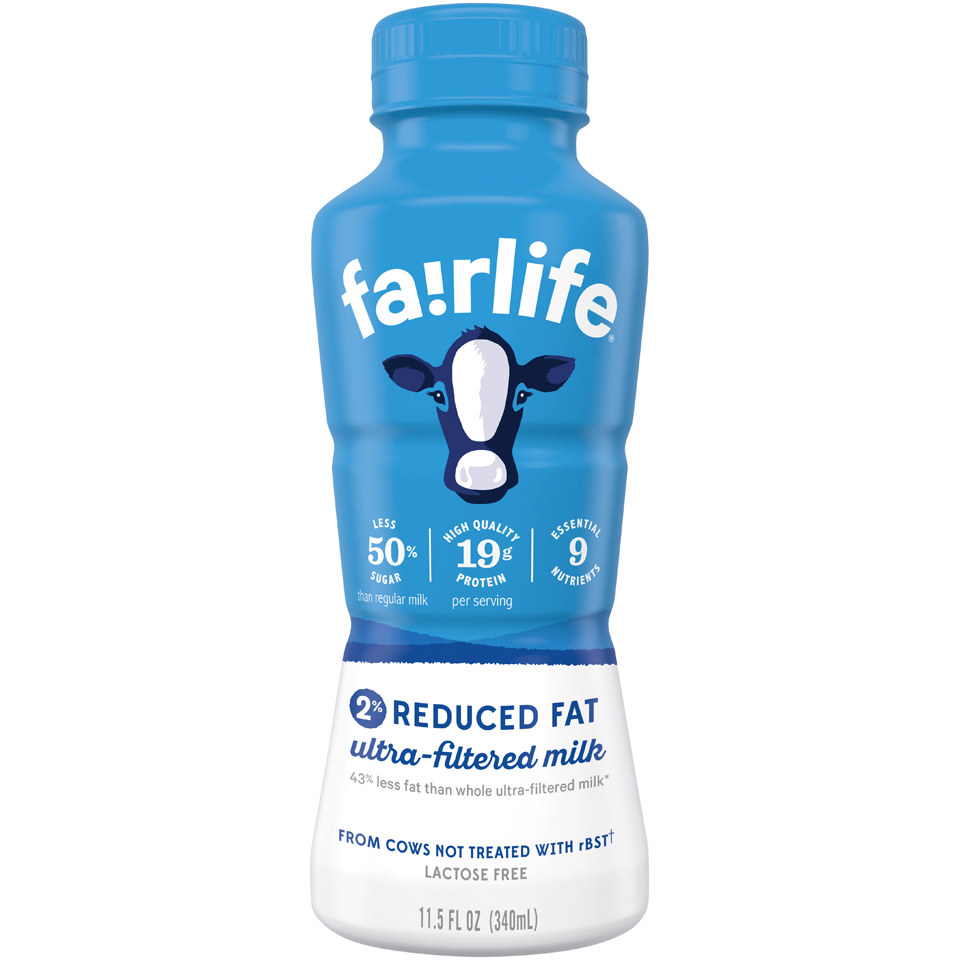 Over the last couple of years, we have seen a substantial number of people switch from dairy to alternative milk products. However, many people still drink cow’s milk. So, how sustainable is cow’s milk, as compared to alternative milk products? To answer this question, I decided to research a popular dairy company, Fairlife. After doing much research, I have come to the conclusion that Fairlife is not a sustainable company. Despite some sustainable practices, I wish that Fairlife was more transparent regarding their treatment of cows, the packaging of their products, and their labor practices.

Unlike regular cow’s milk, Fairlife Ultra-Filtered milk contains 50% more protein and 50% less sugar. Despite their milk not being organic, Fairlife claims that, “While fairlife ultra-filtered milk is not organic, we care deeply about and are always working to improve our milk quality, sustainable farming practices and our dedication to animal care and comfort.” Fairlife is not transparent on the sustainable farming practices that they claim to use, which is why I gave them a low score in this category. Furthermore, Fairlife does not own any farms, but rather partners with supplying farms to get the milk they need. These farms are owned by the company, Select Milk Producers, who own farms in the Midwest, New Mexico, and Texas. Fairlife’s lack of direct involvement raises some concerns for me regarding sustainability.

Once Fairlife obtains the milk from their suppliers, it is then processed through soft filters, which concentrate the calcium and protein in the milk, and filter out most of the sugar. On their website, Fairlife claims that their top priority is to ensure that the animals that provide Fairlife dairy products are cared for. Their approach to animal welfare is broken down into four parts: continuously investing in animal welfare leadership, strong farmer partnerships, animal welfare priorities, and ongoing governance. They have established the Fairlife Animal Welfare Advisory Council, which works to make sure that Fairlife’s priorities are focused on researching innovative animal welfare solutions. Furthermore, they claim that their supplying farms are subject to multiple unannounced audits every year, to ensure that the farms are up to standards. However, Fairlife faced some controversy in early 2019. An investigator from the organization, Animal Recovery Mission (ARM), took undercover footage of animal abuse at Fair Oaks Farms, one of the suppliers to Fairlife. According to ARM, “Employees were observed slapping, kicking, punching, pushing, throwing and slamming calves. Calves were stabbed and beaten with steel rebars, hit in the mouth and face with hard plastic milking bottles, kneed in the spine, burned in the face with hot branding irons, subjected to extreme temperatures, provided with improper nutrition, and denied medical attention. This resulted in extreme pain and suffering by the calves, and in some cases permanent injury and even death.” Fairlife responded to the controversy by stating that they immediately stopped sourcing milk from Fair Oaks Farms. This treatment of animals is extremely surprising, considering both Fairlife and Fair Oaks have claimed that animal welfare is a top priority for them. This makes me question whether Fairlife’s current claims regarding animal welfare are trustworthy. However, Select Milk Producers, owner of Fair Oaks Farms, have implemented some sustainable practices. The excess electricity they produce in the production of milk is sold to a local power company. Furthermore, Select Milk Producers has partnered with RUAN Trucking and have had them use their CNG gas made from the manure to transport their milk to customer’s plants, which has reduced the amount of diesel fuel used to haul their milk by over 2 million gallons. Regarding the packaging of the product, Fairlife bottles are made from PET plastic. PET is fully recyclable, however, in 2019, the U.S recycling rate of PET was only 27.9%. Therefore, buying from milk brands that use paper cartons is still a better alternative.

Fairlife has processing and bottling plants located in Coopersville, Michigan and Dexter, New Mexico, Peterborough, Ontario and Phoenix, Arizona. On the Fairlife website, I cannot find any information regarding their labor practices, besides their claim that they are a an equal opportunity employer. However, Fairlife is owned by the Coca Cola Company, who claims on their website, “We aspire to create a better shared future for people everywhere by fostering an inclusive culture in our own operations and advancing diversity, equity and inclusion in the markets we serve.” Nevertheless, I wish there was more information on the Fairlife website regarding workers and their working conditions, which is why they get a low score in this category.


Select Milk Producers, Inc. – Setting a Higher Standard. It is who we are.


Fact Sheet - An Introduction to PET (polyethylene terephthalate) | PETRA: Information on the Use, Benefits & Safety of PET Plastic. (petresin.org)