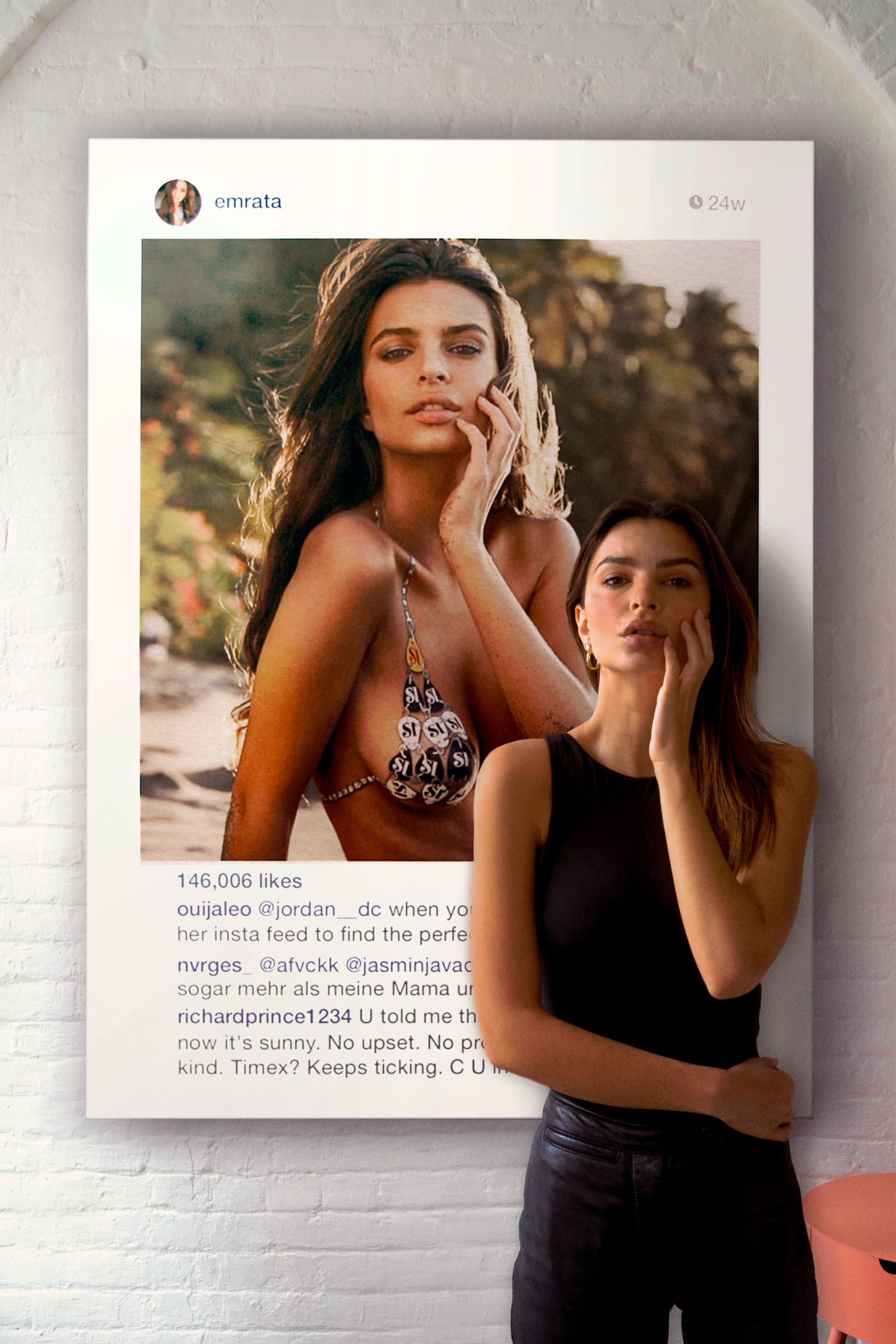 Emily Ratajkowski's Buying Myself Back: A Model for Redistribution

There is essentially nothing sustainable about this NFT (non-fungible token), although this is relatively unsurprising given that neither NFTs nor the larger cryptocurrency industry were built with principles of sustainability in mind. NFTs have piqued the interest of celebrities and artists eager to earn a quick profit and painless profit, but the individuals pursuing this innovative "art" form demonstrate a total lack of awareness in regards to the resources needed to create them. This reflects a larger societal trend in which privileged individuals who have ready access to technology take its presence in our lives for granted. We cannot concretely point our fingers to where our data and other technological information is stored, and subsequently, we assume that doing so requires very minimal inputs in terms of energy and natural resources. On the bright side of things, there is still ample time to raise awareness surrounding the environmental harms of NFTs before they inflict further damage on our planet to fulfill aesethetical and materialistic desires.

Buying Myself Back: A Model for Redistribution is model Emily Ratajkowski’s first NFT (non-fungible token) which recently sold for $140k. NFTs are unlike most conventional forms of art in that they are entirely virtual. Rather than paying for a physical work that you can display in your house, you puchase digital ownership of a photo, video, audio, or other form of digital file. While the concept of art that you cannot physically interact with or see in person seems extremely futile to me, NFTs have nevertheless gained massive traction in the art industry recently, generating millions of dollars in sales and drawing the attention of celebrities like Ratajkowski and fellow model Cara Delvinge. That being said, NFTs insidiously require unbelievable inputs of energy. NFTs are Ethereum-based tokens, meaning they belong to the  Ethereum blockchain, which exchanges the Ether cryptocurrency. Blockchains can be thought of as digital ledgers of online transactions that are available to every user and computer system on the chain. Let's say that you and a friend are both part of the Ethereum blockchain. The two of you will each be able to access the Ethereum "ledger" at all times and view every single transaction that occurs between other users on the Blockchain in real time. An important distinction to make is that rather than both accessing one Ethereum ledger (like when two users can both access one version of a Google Doc, for instance), you and your friend each have your own personal duplicate of the ledger on your computer, as does every other user on the blockchain. This process of duplicating a ledger thousands or even millions of times and keeping it up to date in real time is what makes blockchains so energy intensive. Some research has suggested that the Ethereum platform already uses amounts of electricity comparable to the entire country of Libya. As NFTs continue to gain popularity this usage will only increase.

Information from Digiconomist’s Ethereum Energy Consumption Index reports that a single Ethereum transaction draws more than 70.32 kWh (kilowatts per hour), which is enough to power the average US household for nearly three days or to watch nearly 6,000 hours of videos on YouTube. The site also claims that Ethereum consumes more energy per year than all of Denmark. To make matters worse, NFTs actually have much higher computation requirements than most other exchanges that occur on Ethereum, because prior to being sold, a complex process of minting, bidding, selling, transferring the artwork occurs. Simply minting an NFT on Ethereum demands 332 kWh—over four times the energy amount of energy that is needed for the average Ethereum transaction. This is extremely frustrating given that, once again, NFTs serve virtually no practical use in the everyday world, nor can they be enjoyed in the same manner as physical works of art—in many cases, they are nothing more than digital collector’s items.

Emily Ratajkowski is a celebrity supermodel who is perhaps best known for appearing in Robin Thicke’s “Blurred Lines” music video. Ratajkowski received only $150 for the image featured in her NFT before buying it back from the photographer who shot it, even though it likely generated tens of thousands of dollars in revenue. The model explained that her NFT was a vehicle for allowing “women ongoing control over their image and the ability to receive rightful compensation for its usage and distribution”.