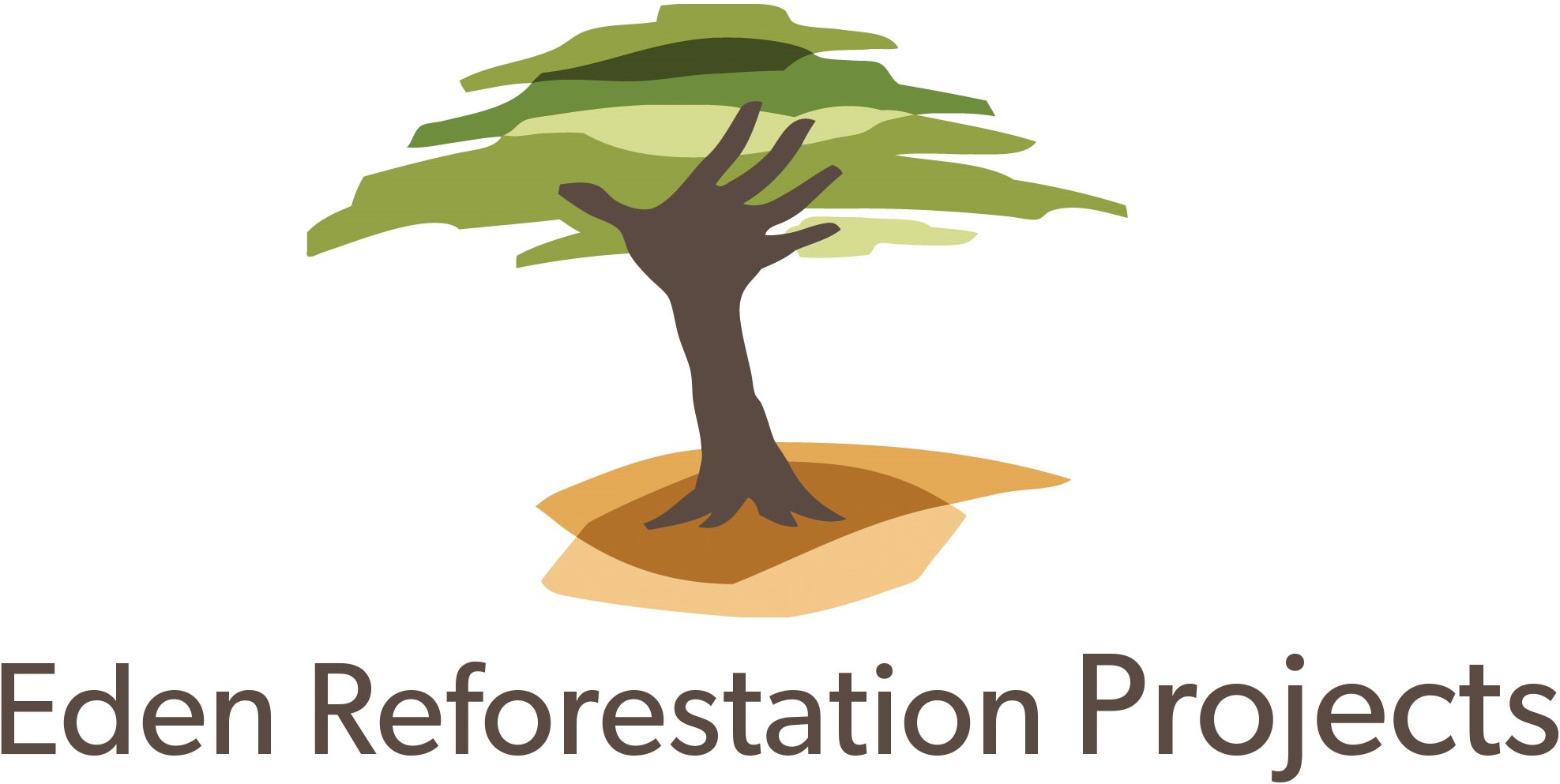 Eden Reforestation Projects is a non-profit organization that combats deforestation through planting trees whilst recognizing that locals need to be at the heart of this process and benefit from the projects. The charity has an “Employ to Plant methodology”, meaning that they hire locals throughout all stages of the process, providing a steady income to families, which helps combat extreme poverty.

Eden Reforestation Projects has many projects worldwide, working with some big, well-known partners, which are known for their environmental efforts, such as Ecologi, Ecosia, and Brewdog, so receive a lot of funding. I’m therefore pleased that this charity centres the local communities, chooses locations to maximise the positive impact, and holds itself accountable and is very transparent. Despite all this, Eden Reforestation Projects just missed out on a perfect score. I feel that I cannot give out 3 planets as there is always room to improve and I do not have access to all the information necessary. Firstly, not all information is made public (for instance, internal disputes etc.). Secondly, in order to properly evaluate a tree planting scheme a lot of ecological data is required that is not available (e.g., continuous biodiversity surveys, soil carbon loss/gain records, soil moisture changes). Not hearing from the local communities first-hand also makes me uncomfortable rating this charity as perfect. It is near impossible to perfect a scheme such as this due to the dynamic nature of ecosystems, however I believe that Eden Reforestation Projects has maximized the environmental and socioeconomic benefits.

Eden Reforestation Projects has planted 633,116,258 trees across the 235 projects throughout 8 countries. The trees planted are always native to minimize risk of invasive species spreading and to benefit the native biodiversity. Occasionally agroforestry species are planted. Agroforestry refers to trees being planted on cropland for farmers; the trees improve the soil quality and stability, may act as a natural pesticide, or could provide an alternative income, such as fruit trees. Planting agroforestry species takes pressure off the forests, as they can be used for resources instead of the newly planted trees. The trees are sourced from seedlings collected by locals from remnant forests or purchased from local, trusted seed banks. Once the trees are planted, they are owned by the locals who were involved in the process and employed, unless the trees are planted in agroforestry projects in which case the farmer owns the tree. Ownership and empowerment gives the community an extra incentive to protect the trees.

This is the most cost-effective tree planting scheme I have reviewed, with trees costing just $0.10-0.20. This covers the nursery costs, transportation of the seedling to the planting site, planting process, guarding of the newly planted forest, and weeding the area. Monitoring did not appear to be included in the expenses covered in the quoted price despite monitoring being done, however I doubt that this would increase the price to that of Treedom’s or Trees for Cities’.

The project leaders partner with villages who are willing to restore their forests. Locals from these villages are trained and hired to plant the trees, work in the nurseries, and guard the forests. The native trees are planted and protected by the locals as the forests will provide an income and the community is invested in them. There are various planting methods used: farmer managed natural regeneration, seed balls, seedling nursery bare root, direct seeding, and mangrove propagules (in depth descriptions of each process can be found by following the link under sources). The seedling survival rate is over 80% which is very impressive, and even better when you consider natural regeneration. The entire tree planting approach has community empowerment and support at its centre. Once the planting has occurred, the trees are monitored. There is a monitoring and verification team at each location which is made up of locals trained to utilize the necessary technology and carry out the recording process. Drones can be used to check locations before the project has started and also to map, monitor and verify the growth of trees in ongoing projects. Locals can be trained to use the drone technology from scratch providing useful skills. Other monitoring methods include photographic documentation and counting trees across sample areas, as it is not possible to count all the trees.

An important aspect of tree planting schemes is their permanence. Eden Reforestation Projects seems to be genuinely committed to ensuring that the forest remains so that the community and environment can benefit from its presence long-term. They often attempt to get land protection through written agreements with different levels of government, but also have practical ways in which forest loss in the restoration site is minimized. The planting does not occur in logging areas, the community is involved so that the locals are inspired to protect the forest themselves as they benefit from it, agroforestry and the provision of alternative fuel sources, such as solar stoves, relieve the pressure off the restored forest, and locals are employed to guard the forest. I could not find employment contracts so do not know how long the locals are hired for. However I would assume that the employment is long-term due to jobs such as guards being allocated, nurseries needing at least 2 years before seedlings can be planted, and Eden Reforestation Projects remaining in the same location for prolonged periods of time.

Eden Reforestation Projects has been rated as 86.12/100 by Charity Navigator, with great ‘financial’ and ‘accountability & transparency’ scores, and receiving a perfect score for ‘impact and results’. I would agree with these scores, especially the transparency rating. The charity is very transparent with its finances, land and tree ownership, the methods used, tree species planted etc. The finances are broken down and 80% donations go towards the program directly, which seems standard for charities doing similar work. There are other things which I think Eden Reforestation Projects is doing well. As well as hiring locals, it seems that nationals are working as the leads and managers in each country for the projects too, which I think is very important. I also like the way in which the charity notes their partners; partners are listed based on how much they have donated with the biggest funders being “ecosystem level partners”. I think it’s important to distinguish partners as it gives a sense of transparency and can stop some degree of greenwashing, as it’s visible how much has been given, which gives a sense of the company’s devotion to the cause, especially big companies that have the potential to donate a lot. Corporations greenwashing through their involvement with such schemes was a problem I encountered with WeForest and Shell, and although this method doesn’t state how sustainable the company is itself, it separates the partners out by commitment to the charity, so credit can be given accordingly, which may stop corporations which are low down on the partner list from “showing off” as it would be easy to receive backlash. The top funders i.e. ecosystem partners ($1 000 000+) include Ecologi and Ecosia, while Brewdog, with their Buy One Get One Tree scheme, is a sapling partner ($10 000-$49 999).

In their 2019 annual report, the charity’s vision was to plant one trillion trees. This is similar to the one trillion tree initiative, which aims to plant one trillion trees by 2050 worldwide. However, the one trillion tree target has been heavily criticized. Bastin et al (2019) wrote that planting vast numbers of trees would stop the climate crisis, however there have been many disputes to this claim. Simply planting trees could lead to issues including the endangerment of native species, or alternations in albedo as dark green forests could end up absorbing more heat than before. Questionable science in the paper was also pointed out.
We do not have the time or space to rely on trees to solve the climate crisis, so the one trillion tree figure often acts as a distraction and politicians and corporations can be drawn to it as it allows current practices, such as the fossil fuel industry, to continue as normal. Planting trees is not the problem, but I think that the success of tree planting initiatives cannot be measured by the number of trees, as this could encourage planting with little research and planning, sometimes making the issue worse, for instance if grassland with high soil carbon is afforested and soil carbon is lost. Instead, I think we should measure the success of such schemes by other factors, such as how many families have been helped, how many long-term jobs have been created, or the recovery of native species. In the 2020 annual report there was no mention of the one trillion tree goal under the vision section; the vision was focused on the livelihoods of the communities in the area and getting the population out of poverty. I take this as a step in the right direction from Eden Reforestation Projects and as an acknowledgement that the previous goal was not capturing the important elements of such schemes.