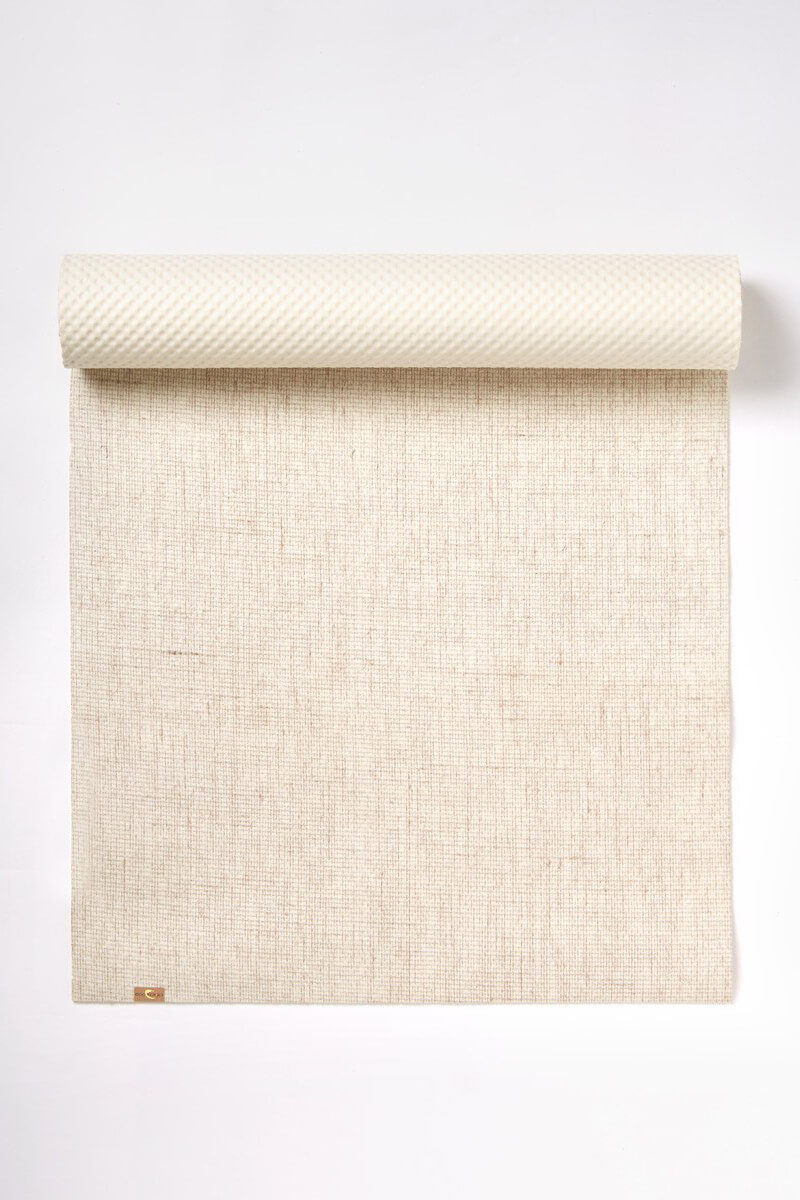 ecoYoga Ltd frames itself as a pioneer in the fight against PVC yoga mats and appears to approach product design with a genuine consciousness of ecological and environmental impact. A relatively small operation, it could certainly improve its transparency on the sourcing of its natural rubber and should attempt to minimise the amount of natural rubber harvested for its mats. However, the fact that the company does not use PVC or synthetic rubber in any of its products, attempts to sell factory seconds, and is selective about the stockists with which it partners indicates that much of the yoga and fitness industries would do well to follow ecoYoga’s example. Fortunately, it also appears to prioritise environmental considerations in the design of all of its mats - a point which distinguishes it from larger retailers, who often have one or a small number of “eco” product lines, but employ damaging materials in the use of the rest of their products. It is for these reasons that I have awarded the ecoYoga Jute Mat 2 planets overall.

While framed as a “jute” mat, only the inner section of the ecoYoga Jute Mat, called the scrim, is in fact made of jute fibres. The ecoYoga website states that jute is “a sustainable plant that is grown in regions of India and Bangladesh in a four month period just prior to the rainy season”. Of vegetable fibres, it is second only to cotton in terms of production volume and variety of potential uses. Indeed, jute fibres are entirely biodegradable, do not generate toxic gases when burnt, and the cultivation of the jute plant emits a relatively low level of greenhouse gases. It also improves soil fertility if cultivated in crop rotations.

The underside and surface of the ecoYoga Jute Mat are composed of natural rubber. While natural rubber is a much more eco-friendly alternative to PVC and synthetic rubber, materials commonly used in yoga mats, its environmental impact remains significant. I discuss this at length in my review of Manduka’s eKO yoga mat, but the key issues are that high demand for natural rubber leads to the deforestation of rubber trees and often involves extensive use of pesticides and herbicides, thereby contributing to biodiversity loss.

It is less clear whether and how these mats are treated with chemicals. The website posits only that “the compound used is environmentally neutral”. ecoYoga could and should improve its transparency on this point.

Otherwise, ecoYoga says its mats are sustainable, ethical, and made of plant-based materials. The company “aims” to use recycled or sustainable materials and reduce packaging to the greatest extent possible, proffering that “composting trials are constant”. As I argued in my review of Manduka’s eKO yoga mat, ecoYoga would do well to put efforts toward increasing the transparency of its supply chain and ensuring it knows how all of its rubber and other components are produced. That said, ecoYoga is a small business that does seem conscious of these issues. I would suggest it clarify the steps it is taking to improve transparency and sustainability across the entire supply chain.

ecoYoga makes the case for the sustainability of jute production. It emphasises that the jute plant “is fast growing and uses land that would otherwise be dormant at that time so increasing revenue for farmers”. According to the Food and Agriculture Organisation of the United Nations, jute requires relatively few pesticides and little fertiliser. ecoYoga also specifies that its jute fibres are supplied by a Scottish company “who have long term family relations with the producers in Bangladesh and the UK”. On a separate (FAQ) page, it mentions that its jute is only sourced from government factories in which labour standards can be monitored. I commend ecoYoga for making an effort to source its jute fibres from a known source, and would recommend that it provide as much information as possible about the labour conditions and cultivation practices used by the jute producers with whom it partners. Doing so on a single page, rather than detailing its sustainability practices in a relatively scattershot manner across the website, would help instil confidence in potential customers with regard to the fact that ecoYoga Ltd appears well-informed and intentional in its effort to make environmentally-friendly products.

ecoYoga provides no detail about the source and processing of its natural rubber other than stating that it is “currently from the international market: Thailand, Malaysia, and Indonesia mainly”. Given the extensive explanation they provide about the ecological harms of PVC and their jute supply chain, I would expect the company to provide more detail about its natural rubber supply chain if it had access to that information. Indeed, on the FAQ page, the owner states “no factory I have ever spoken with has access to rubber from one known source. Until there is a large consumer demand for known-source-rubber, all the farms, smallholdings, and plantations are mixed together and sold through the international market”. While verifying this claim would be challenging within the scope of this review, I appreciate that the company appears well-aware of and is willing to admit the shortcomings of its manufacturing process and identify areas for future improvement. In a similar vein, it critiques the international rubber trade for its failure to meet consumer demand to supply fair trade rubber, signalling that it is enquiring about potentially sourcing this type of rubber for its ecoYoga mats.

I would encourage ecoYoga to ensure, to the greatest extent possible, that the natural rubber used in its yoga mats is harvested in a manner that respects human rights and the natural life cycles of rubber plants whose sap is tapped for resources. The lack of detail on this front detracts from ecoYoga’s score “how it’s made” score, but its awareness of the issue and effort to reduce the amount of rubber used in its mats serve to partially counterbalance this drawback.

The mats themselves are made in the UK, presumably so that ecoYoga can certify the conditions under which they are produced (as in line with its critique of cheap labour and mass production). As the vast majority of its stockists are in the UK and Europe, this likely means that fewer per-mat emissions are spent on shipping than for larger scale global corporations - though the raw materials still need to be shipped to the UK.

ecoYoga is a small, Scotland-based company which partners with various stockists to sell their yoga mats around the world. They wholesale their mats to “studios and shops that integrate the awareness and integrity a yoga practice invites you to cultivate”. Its Edinburgh headquarters sells a small number of mats, including factory seconds - thereby reducing the waste which typically results from disposing of “imperfect” products.

Its website is not as extensive as a larger brand’s likely would be, but it provides relatively in-depth information on the ecological impacts of mat production generally and is forthright about its strengths and weaknesses on its FAQ page. The website provides very little insight into the team behind ecoYoga Ltd, but does mention that one of its founders, Nick Loening, now also owns the hydro-powered, “off-grid”, vegetarian ecoYoga Centre in Scotland, which offers retreats and yoga courses. Its other founder, Seona Robinson, runs ecoYoga Ltd. Offering more details about the (apparently) small and ecologically-motivated team might help bring the brand to life, and would enable customers to make better-informed decisions about their purchases.