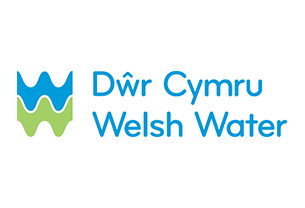 I am aware that people in the UK do not choose their water company, since they get supplied by whichever company is operating in their local area. However, I think it is still important to consider the environmental impact of this industry. Overall, this company has ambitious goals and appears quite sustainable, however there are issues with sewage spillage that concern me. I would encourage people in the UK to be aware of the sewage spills (they are more common than you'd think!) and maybe write to their local MP's about this. I would also encourage everyone to not put anything they are not supposed to (such as wet wipes, sanitary products and oils) down their toilets and sinks, since it can cause blockage in the sewers and lead to spillage. Furthermore, I'd recommend visiting your water supplier's websites for tips on how to save water and get any freebies available (Welsh Water provides some water-saving showerheads and more).

Drinking water supplied by Welsh Water is of high quality and compliant with British Standards – 99.94% Overall Mean Zonal Compliance in 2019, compared to 99.96% average across England and Wales. In 2019, this company invested £2.5 million to replace old lead supply pipes on their customer's properties, since lead is a toxic heavy metal. Welsh Water is also committed to improving their system's resilience and reliability in the face of climate change and growing population, investing in projects like RainScape and PestSmart, replacing and cleaning water mains, increasing their wastewater capacity and reducing leakage. For example, the PestSmart project is helping farmers find better (and more sustainable!) ways to deal with weeds, pests and diseases to reduce the amount of herbicides and pesticides in the water and hence reduce the treatment costs. Welsh Water is aiming to reduce the leakage in their network by 15% by 2025, which in 2019-2020 was an astounding 168 million litres per day(!) or 6.1 m3 per km of pipeline per day, which is actually below the average across England and Wales water sector. It is interesting to note that their average household water and sewerage bills are higher than the average (£447 per year compared to £408 average across England and Wales), despite the fact that their price increase was kept below the rate of inflation for 12 consecutive years and that their prices per m3 seemed comparable to other suppliers. Overall, quite good in comparison with other companies in the UK.

In 2018-2019, Welsh Water’s greenhouse gas emissions were the lowest across the water sector in England and Wales, at 13 kg of CO2 emitted per Ml of water treated and 83 kg of CO2 per Ml of sewage treated. In addition, 23% of the energy usage is generated by the company itself through wind, solar, hydro and advanced anaerobic digestion (producing methane from, essentially, human waste and burning it for electricity) and the rest apparently comes from 100% renewable sources. The company has very ambitious plans – they aim to become carbon neutral by 2040 and energy neutral (produce all their own electricity) by 2050. Welsh Water is planning to invest £68 million into research and innovation between 2020 and 2025 and an additional £50 million to build an anaerobic digestion facility at one of their sites to make it energy-neutral.
Many of the company's sewers are ‘combined' – so rain water is mixed with sewage and gets pumped to a treatment site and processed with it. This means that during heavy rainfall this system can get overwhelmed and flood back into homes and streets. In order to prevent this, water companies are allowed to discharge untreated sewage into rivers, lakes and seas. The RainScape project mentioned earlier is aiming to reduce the amount of surface water that gets into the sewage system in order to prevent this. However, it is concerning that some (7 out of 10 investigated!) water companies are allegedly dumping waste into rivers illegally. A BBC Panorama investigation has claimed that 3 Welsh Water treatment works are breaching their permits and that one of their plants has been discharging untreated sewage into River Usk for 12 consecutive days in December 2020 without a permit. This river is located in a Specific Area of Conservation and is a site of Special Scientific Interest. In 2020, there has been 106,094 discharges of untreated effluent into rivers from combined sewer overflows, which amounts to 872,976 hours of spillage across Wales. This is particularly astounding, considering that water sports, including wild swimming, kayaking and white-water rafting are quite popular in Wales and are important for tourism. In addition to this, Natural Resources Wales (NWR) has stated in their report that this company was prosecuted for a pollution incident in July 2018, however they have given the company a 3-star (out of 4) rating in 2019, indicating overall good performance in terms of sustainability. In the past, Usk Fishing Association has reported that Welsh Water has been abstracting too much water from the river, but those issues have been resolved and the company is now compliant with their regulations. Welsh Water has been working to install spill monitors and now 96.7% of their sites are monitored and the data is available on their website. I appreciate the company's transparency and I understand the challenges they face; I believe their efforts indicate a willingness to change.

Welsh Water is a not-for-profit company owned by Glas Cymru – a single purpose company with no shareholders. This means that they reinvest all their profits into their business to ‘keeping bills down and looking after your water and beautiful environment – now, and for years to come’. I was impressed by their ambitious 2025 and 2050 plans – those were very thorough, setting specific goals and a budget to achieve them. I was also impressed by the number of visitor and educational centres, engagement with communities and businesses and their efforts to improve their services. The most concerning thing to me, is the spillage of untreated sewage into rivers, the BBC article mentioned above was published in April 2021 and I have seen no resolution since. NFU Cymru (an organisation representing Welsh farmers) is concerned that agriculture is being unfairly held accountable for pollution created by sewage treatment. I am also aware of doubts that some local people have over Welsh Water's true values, which is also a concern. Overall, the company appears very sustainable, but there are issues that raise a bit of suspicion.