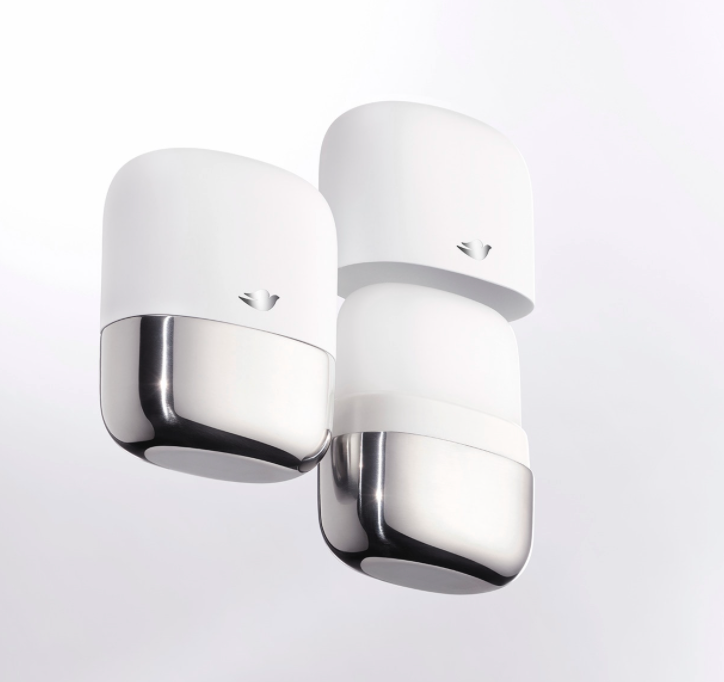 Overall, Dove’s reusable deodorant is making the right steps to be sustainable. Their product allows consumers to make a one time purchase that, granted, may be more expensive than your average deodorant, but in the end works out to be a financially responsible choice since you only have the purchase the deodorant stick from then on. They are using recyclable, reusable packaging and have made pledges to take better care of the environment and create a “beautiful” world. However, there are still products that have a better impact on the environment, like deodorants that get rid of the packaging entirely and use more natural ingredients. I would buy this product and I would recommend it to my family and friends. Although Dove is a large corporation they are actively taking steps to lessen their footprint that I would like to see other corporations of equal size take as well. I gave this product 2.5 planets because I think Dove does a great job of managing how their product is made and what environmental impacts it might have; but I would like to see them making changes to the actual formula of the product.

Some of the main ingredients in Dove’s new refillable deodorant are Propylene Glycol and Sodium Stearate, which are both derived from vegetable oils. As some may know, vegetable oils are some of the leading causes of forest and land destruction. In fact, vegetable oils emit more greenhouse gasses per kilogram than any other major crop. In a world where we continue to place less of a prioritization on our environment, companies' small choices (like what ingredients companies use) add up to a big effect. Although the ingredients themselves are not entirely sustainable, the main lure of this deodorant is its reusable packaging. Made with stainless steel instead of plastic, the sleek case holds the product and allows it to be easily switched out. The stainless steel case makes this product more sustainable by getting rid of the plastic containers that people readily dispose of. I gave this product 0.5 planets for what it’s made of because they use ingredients derived from vegetable oil which actively aids in the destruction of high diversity forests. There are other ingredients that could be swapped out for these harmful oils, so until Dove makes these changes the ingredients will continue to harm the environment.

Deodorant is usually made by the mixture of the ingredients into its solid form and then placed into its plastic dispenser. Dove has factories in many different parts of the world; however, their main factories in the USA and Germany use 100% renewable energy through wind and solar sources, and their Indonesian site is in the process of switching to sustainable biomass. Unfortunately, they are still manufacturing in China, where there are less environmental regulations along with laws allowing animal testing. Due to their presence in China and other foreign countries, we have to take their transportation emissions into account. Dove has also pledged to use LNG (Liquid Nitrogen Gas) in their transportation efforts, which is a lower emission fuel.Where Dove is making most of their positive environmental impact is by introducing their stainless steel container. Even at the end of this container’s lifetime, it is still possible for it to have a more positive effect on the environment because steel is the most recycled material on the planet, and stainless steel can be easily recycled and melted down into other products. In addition to this, another lure of this product is its use of 98% recycled plastic packaging. So in every sense, the packaging of this product makes up for its lack of innovation for sustainable ingredients. I am giving this product 2.75 planets for how it’s made because Dove is taking steps to a greener product in almost all perspectives. This product eliminates a lot of the waste that can be associated with other products, their factories are using renewable energy sources, and they are attempting to lower their emissions associated with transporting their product as well.

As one of Dove’s main steps to being considered a sustainable brand, they are also putting their foot forward in other ways of preventing climate change. Within the year they announced their Dove Forest Restoration Project, which places €8.5 million to protect and restore 20,000 hectares  - equivalent to 3 million trees - of forest in Indonesia over 5 years. This area of Indonesia is home to some of the highest biodiversity richness in the world, with lots of endangered species as well. In addition to this, Unilever’s brands (Dove’s parent company) has decided to invest €1 billion in the Climate & Nature Fund, dedicated to making meaningful and decisive action over the next 10 years. Unilever is a large parent corporation of many well known companies like Dove and Ben and Jerry’s. Usually, large corporations attain their wealth and power by exploiting the labor of their workers in the lower supply chain. These large corporations have the power to get away with many corrupt actions. Although Unilever does seem to take advantage of their status in some situations, like continuing to manufacture in China without regard to their environmental and animal rights statuses, they are also making steps to improve the lives of their employees. Within the year, they have pledged to ensure every worker a living wage, even if it costs the company more. With such a large company, they have dedicated some assets to making their environmental footprint more positive and improving the lives of their workers; however, they still have a lot of room to grow as their emissions are rising even with a pledge to halve their emissions. I gave this product 2 planets for who makes it because Dove and its parent company, Unilever, have made a lot of pledges to improve the environment and the standard of living for their workers, but there are still many actions Dove could take to further their message, like discontinuing production in China. Their messages of a more “beautiful” planet are backed up by their wallets, which I hope other corporations will begin to follow.