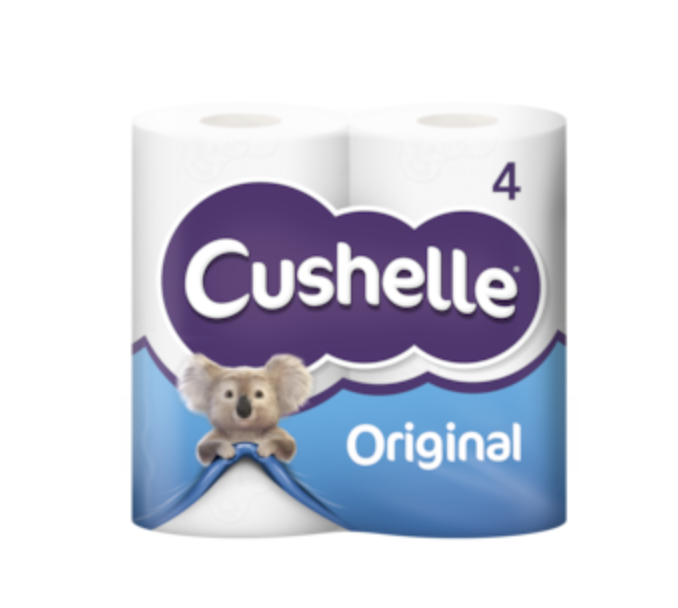 Cushelle toilet paper is controversial. On the one hand, they seem incredibly committed to sustainability, circularity, and communities. On the other hand, they do not want to compromise their profit making and the Great Northern Forest is being wiped out. Moreover, the information provided by Cushelle and Essity barely scratches the surface on what is considered real transparency. Following the examples of Who Gives a Crap and Ecoleaf, Cushelle needs to drastically improve their sourcing practises and become more transparent.

Obviously, toilet paper is made using paper which is made from wood. Cushelle state that they only use fibres that are FSC (C003255) certified renewable sources or recycled materials. They assert that they only source wood pulp from well managed forests. A BBC Two documentary starring Greg Wallace (Master Chef presenter) found that Essity (the company that owns Cushelle) obtain their raw materials from a supposedly sustainably managed forest in Sweden of 1 billion trees. Other fibres come from soft woods (Eucalyptus) from South America. According to an article by the Daily Mail (UK newspaper), for every used by Essity, they plant 2 more.

My research has exposed several issues with this type of sourcing. Firstly, FSC certifications mean nothing and have even been labelled as greenwashing. Indeed, the Environmental Investigation Agency (a Washington DC non-profit) maintains that certifiers show a lack of expertise when inspecting logging operations, that they show a high degree of leniency and that it is often used as an umbrella for all logging operations of companies. For example, the EIA discovered that the FSC supports loggers that undertake “wood mining” in Russia, its label was used by a Chinese company that supplied smuggled illegal timber to a US flooring company, and that a FSC certified company undertook illegal logging in Austria. What does this mean? FSC certification must be taken with a pinch (or tonnes) of salt. What makes matters worse is that there are several economically viable alternatives on the market. Brands such as Who Gives a Crap, Ecoleaf and Greencane all use recycled materials to make their tissue. When one considers that the average British person uses 127 rolls each year (which amounts to a UK total of 1.3 million tonnes of tissue), cutting down so many trees (even if trees are a renewable resource), does not scream sustainability.

This becomes glaringly obvious when reading a 2017 Greenpeace report titled “Wiping out the boreal”. The report found that a UK mill making Velvet toilet paper was supplied with wood pulp from critical areas of old growth forest in the north of Sweden. Velvet is owned by Essity. Essity buys pulp from its former sister company SCA, which logs critical forest landscape in the boreal, and then supplies its brands, including Velvet, Cushelle and Tempo. Companies clear-cut large areas of forest and then replant using a single species of trees. This generates several colossal problems. Firstly, the Great Northern Forest (spanning from Alaska, to Scandinavia, to European Russia, to Siberia and to the Pacific Ocean) is the world’s largest carbon store. Secondly, the forest is home to 20,000 species of plants and animals that are threatened by destroyed ecosystems and single species tree planting. Lastly, logging activities are threatening the Sami indigenous communities by destroying the ecosystem of reindeer which are central to their society and identity.

The Original roll’s packaging is made from plastic that is not yet recyclable. Essity state that they aim to achieve 100% recyclability and use 85% recycled or renewable materials by 2025 and in line with their commitment to the Ellen MacArthur Foundation’s plastic initiative “A line in the Sand”. However, I was unable to find any specific details on how they plan to achieve this. The best thing about Cushnelle toilet paper is that is it biodegradable and dispersible, so that when flushed, it dissolves.

Finding out how Cushelle toilet paper is made took some digging. The aforementioned Greg Wallace documentary found that once the wood pulp is sourced, it is transported (I was unable to find out how) to their production plants in the UK. In said plants, pulp is turned into tissue and then distributed in all major UK supermarkets. Essity has 6 production sites in the UK, but my understanding is that only 3 of them produce Cushelle products. They include a mill in Trafford Park (Manchester), which produces 700,000 rolls a day; Prudhoe which employs 400 people; and Skelmersdale Tawd where Through Air Dried tissue paper is produced. This is where their information ends.

Cushelle is made using Through Air Dried (TAD) technology. Conventional crepe-dry processing involves pressing sheets when they are wet. TAD technology uses non-compressive dewatering by sending hot air through the sheet. It is good for bulk, absorbency, durability, and fibre saving (which is the most expensive part of toilet paper). However, TAD is more energy intensive and producing and transporting toilet paper uses 17.3 terawatts of electricity a year.

Essity state that they are committed to reducing their scope 1,2 and 3 emissions and that their CO2 reduction targets are approved by the Science Based Targets Initiative (a global collaboration seeking to help companies reduce GHG emissions). They also state that they are committed to having net zero GHG emissions by 2050. With this commitment, they will join the UN Global Compact’s “Business Ambition for 1.5 degrees” to develop net zero targets for the entire value chain. This is commendable, but I was unable to find any specifics beyond their decision to focus on energy efficiency, removing fossil fuels and using more renewable energy. I was also unable to find out what they intend to do with their offices and logistics facilities.

Cushelle is a registered trademark of Essity, a Stockholm based hygiene conglomerate employing 46,000 people and with net sales of EUR 11,6 billion in 2020. Part of Essity is also TENA, Tork, Libresse, Lotus, Tempo, Bodyform etc. Essity says that they are dedicated to contributing to a sustainable and circular society whilst maintain the company’s economic value creation. Their Board has established several sustainability targets, which they claim are monitored and reported annually. They also say that sustainability governance is part of their overall corporate governance. However, based on the Greenpeace report, I would say these processes are sorely lacking.

Beyond their net-zero by 2050 target, they also have several socially minded initiatives. They claim to use insight-driven campaigns to spark global dialogue and raise awareness about unspoken issues like menstruation, incontinence, and personal hygiene. Examples of actions include Project V and their #Painstories campaign to stimulate discussion about period pain; their commitment to fighting period poverty and lists of stay-at-home activities for women and girls. As a woman myself, I find this very encouraging. Additionally, their brand Saba partnered with UNICEF in Mexico to help created dialogue between female teenagers and their friends and families to identify abusive relationships and prevent them. I was unable to find out what the actual impact of these initiatives has been.

In terms of labour practices, they state that they have employees from 120 countries, that they empower women for STEM and leadership roles through career development and mentoring programmes and that they aimed to decrease workplace accidents by 50% between 2014 and 2020. This is great, but I was unable to find any further information. As for the rest of their supply chain, they have a Supplier Code of Conduct in which they state that their suppliers need to ensure the health and safety of their workers, to adhere to the highest ethical standards, to not engage in forced or child labour, to prevent harassment and discrimination and to have grievance mechanisms. They further state that they reserve the right to terminate the partnership in case of a breach. This is a fairly good code of conduct, but I was unable to discover to what extent these issues are actually prioritised in the Essity decision-making process and if they are actually adhered to by suppliers (I did not see any mention of inspections).

As part of the Essity-wide sustainability commitment, in February 2021 Cushelle partnered with WWF to launch a campaign to protect koalas from extinction in Australia (Kenny the koala is the brand mascot). As part of this campaign, they created a short video where a conservationist tries to teach other animals to do the “koalaing” in case they don’t make it. Though humorous, the video does highlight how irreplaceable koalas are. So far, the campaign has raised £153,440, with 50% going towards the Australia Bushfire Appeal and 50% contributing to WWF’s wider conservation work. This campaign is awesome but the sheer amount of money made by Cushelle and Essity makes it seem like peanuts.