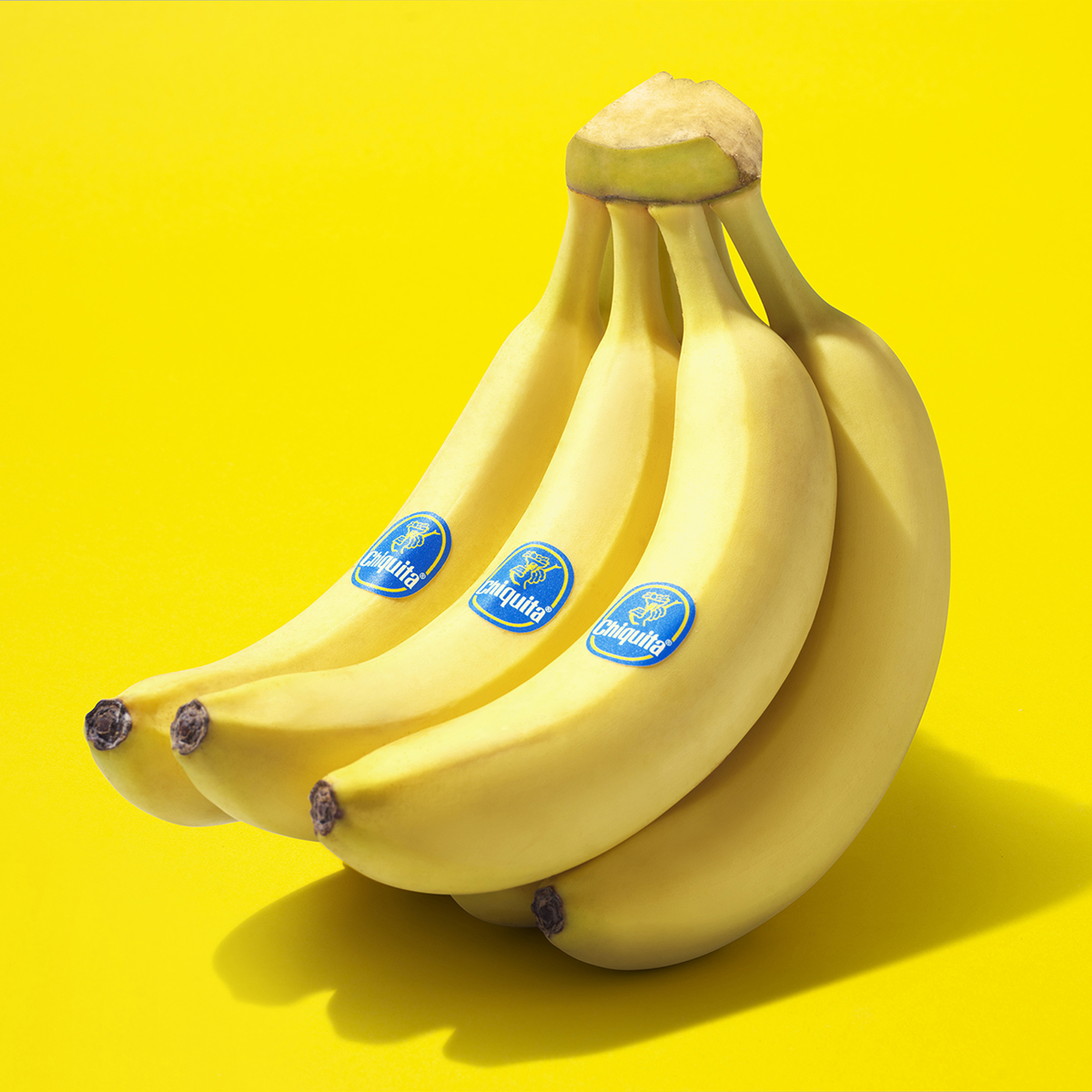 Chiquita is one of the biggest producer and distributor of bananas in the world. Everyone knows them – has eaten them – has seen their advertisements. As any big, old brand with a reputation to uphold, Chiquita has a long sustainability report, but should we trust it, knowing the terrible reputation of the banana industry? Looking simply at their website, the bright fun yellow design and the kindly phrased wording makes one think all is well. But a bit of reading between the lines and further research reveals some darkness under the banana peel.

Overall, Chiquita has mastered the art of very positive framing for basic actions like assessing Child Rights and protecting their own crop from diseases. Yes, they do have some good initiatives, whether they are actually meaningful on the bigger scale of their huge company is very questionable. I would say that Chiquita still has a long way to go to be considered truly sustainable in their production.

The product is made of 100% bananas. They mostly sell regular bananas, but they also have an organic line (carrying organic and inorganic produce is already a sign of suspicion).

In terms of packaging, they always come loose avoiding the plastic wrapping, with a small plastic sticker that goes into the trash. Considering the market, I think one sticker is still pretty good.

Whilst Chiquita has an organic line of bananas to satisfy the niche ‘sustainably conscious’ customer demand, their regular bananas are grown with synthetic fertilizers, insecticides, and herbicides that are harmful to the workers and the consumer. In addition, it causes environmental damage by contaminating the soil and water ways. Therefore, organic bananas are better for your health and for the environment. However, the way that Chiquita advertises their organic bananas is quite comical: They are almost trying to convince the consumer that it is okay to buy the organic once – don’t you worry, our organic bananas aren’t any worse than our regular chemically filled bananas. With the knowledge of the chemical pollution in mind, their attempt to advertise organic bananas without harming the image of their main product by saying that “They’re the same premium quality as regular Chiquita bananas” seems ridiculous – why would they sell something for a higher price with a certification if it was the same product? Generally, they claim to try to limit soil erosion and control pests with ‘cover crops’, however, the initiatives are still small in scale compared to their plantations and the fact that not all of their produce is organic certified, when they do have the capabilities to do so seems pretty bad.

In addition, Chiquita is trying to sell their protection of their produce from the ‘disease TR4’ as an initiative “For the Greater Good” although it is simply a vital step of protecting their only product of sale and a result of their own monoculture production. Nothing too heroic here.

Nevertheless, Chiquita has some good initiatives and progress in their production such as the ‘No Banana Wasted’ initiative that try to sells not suitable bananas for wider production locally or produce banana puree and flour from it in Costa Rica.

This part was the hardest to evaluate for me – their reports obviously state amazing working conditions, however, the known fact about unethical banana productions proceeds them and it made me question it.

Since 200, Chiquita bananas are all certified by the Rainforest Alliance, which ensures that the production of the bananas is using methods that support the three pillars of sustainability: social, economic, and environmental and, in addition, they claim to have adopted the Values and Code of Conduct to include Social Accountability International’s SA8000 labor standard. They claim to run initiatives to ‘make sure [their] employees get the right training and support and are healthy, safe and motivated’. However, the word ‘initiative’ can entail almost anything. At the same time, Chiquita prides itself to have undertaken a Child Rights Impact Assessment on only 14 farms in 2017. For a company that has been successful for over 100 years, my expectations are higher than a small scale assessment over basic rights for children.
Similarly, Chiquita has only committed to help their employees in the ‘volatile’ Central American natural environment with medical aid and disaster relief for only the 3 years – why only for the last 3 years, when their production has been in Central and South America for over a century.

Whilst I was hoping that the historic brutality such as the Banana Massacre of the United Fruit Company, proceeder of Chiquita in the 19th century, would have gotten better, Chiquita was still involved in scandals recently pleading guilty to have worked with Colombian terrorist groups in 2004. I believe Chiquita has a long way to go in terms of their social sustainability.