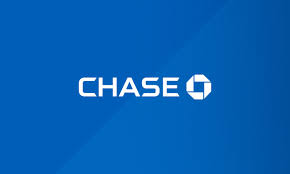 JPMorgan Chase & Co. have obviously made a great name for themselves, starting in the late 19th century. From steel to mining to banking, there is not much that they have not dwelled in. Since their early days, the founders never truly cared for the people working for them nor the resources supplying them with fortune, and it goes to show how far people will go for wealth. It is evident in their daily practices, even to this day. They claim to care about their employers and show support for minorities and other groups deserving of equal opportunities. That is great, but it also should be the standard. This company has a lot of improvement that needs to be made to even reach a point of being ethical, let alone sustainable.

Chase Bank is one of the oldest and largest banking firms in the world with the mission of enabling more people to contribute and share in the rewards of a growing economy. Founded in 1799 by Aaron Burr and headquartered in New York City under a different title name, the Manhattan Company served to supply pure drinking water to its populace. From there, they used surplus capital for banking. In 1839, the Bank of Commerce opened up as well as the Clearing House, which served to systematize the daily settling of checks drawn on other local banks. Lawyer and opponent of slavery, Abraham Lincoln opened up an account with Chase and deposited $310! Being one of the first developed banking systems in the nation brought Chase a lot of revenue, and with the aid of a famous lawyer and the 16th POTUS supporting the institution, it only grew from there. In more recent years, at-home banking became another large opportunity for banking. It first began in 1980, with on-the-phone services being offered. These included money transfers as well as the ability to deposit money into an account. In 2000, JPMorgan and Chase Manhattan Bank merged into one. Chase began to expand westward, towards Michigan and Ohio, and soon, they’d be nationwide. In 2007, Chase made the leap of going green and opening an environmentally friendly firm in Colorado! They have shown their support of veterans, people of color, and women by opening and aiding initiatives and philanthropies. They received three different ESG scores; out of 100, the highest score given was from MSCI of 64.3 and the lowest from S&P Global of 37. ESG scores measure exposure o long-term environmental, social, and governance risks. It is hard measuring a company's ESG score, and it doesn’t help when a company isn’t transparent with what they do and how they do it. Chase has not been transparent at all, lowering their score significantly.

Although Chase Bank has progressed into digital banking for more convenient services. Having the ability to bank from anywhere, pay bills quicker, and more. However, the use of a credit card can help users keep their accounts balanced and manage cash flow. Chase Bank is headquartered in New York City. It is a 50-story building with a mid-century design renovated in 2010 aimed at improving the self-sustainability of the building. They claim to limit the environmental impact of their operations. In the manufacturing process of Chase credit and debit cards, they simplify the process beginning in a vault where blank cards are shipped to a production center with a security chip, magnetic stripe, and design in place. The cards are sent through an embossing machine and stamped with a card number and name. On the other hand, metal cards are laser printed on a different machine. After each card is produced, they are placed in an envelope and packaged by hand. However, Chase has been financing fossil fuels 36% higher than the second-best bank, Wells Fargo. They have dumped a quarter trillion dollars into fossil fuels in recent years. This is very upsetting to see because obviously they only care about the amount of money they make and not who they’re hurting in the process. It saddens me to see large corporations work like this.

JPMorgan claims to be a workplace for everyone. Where 10,000 veterans have been hired since 2011, 49% of the new global hires are women, and 58% are ethnically diverse. These Are statements posted on their webpage, however, when looking into more detail, another version of the story is told. Employees have left both the management end, as well as the manufacturing end, due to upper management forcing a specific expectation level that can not be met, as well as poor ethical treatment.

J.P. Morgan was primarily responsible for creating U.S steel ads and was the first company to reach $1 billion. In doing this, J.P. Morgan did not treat his workers well as he lowered wages and disregarded their health and safety, especially those who worked with steel and in coal mines. He had no fear of bending the rules to get what he wanted, the term “Morganization '' was coined after his blatant disregard for others in the ultimate goal of domination. He is known for reorganizing companies to be more profitable, and this applies to banking. The company didn't start off with a positive goal in mind, only a greedy one. And it did not fade, even if they try to hide behind claims of caring for their workers and for the environment.